We are very excited to announce the launch of Verso Fiction, coming this September! 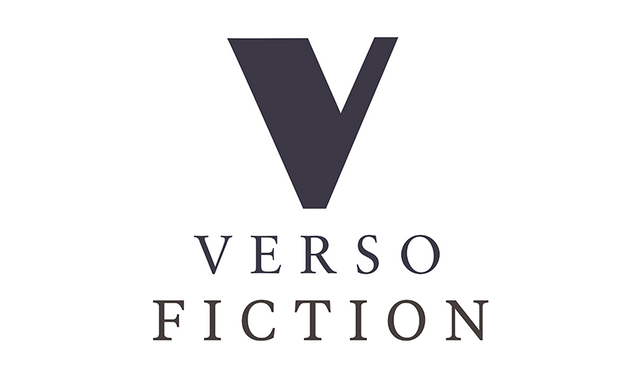 In September 2019 Verso Books will launch Verso Fiction, a new series of uncompromisingly intelligent and beautiful books with an international focus. Publishing a select number of titles a year with a distinctive design, the imprint extends Verso’s publishing project, which has included celebrated fiction by authors such as John Berger, José Saramago, Marianne Fritz, Nanni Balestrini, Tariq Ali, and Jenny Hval.

2018 saw the first National Book Award for Translated Literature, the Man Booker International is now well established and the Goldsmiths Prize seems to make bigger waves each year. Readers are paying serious heed to fiction that comes at them sideways. And fiction has long been an unsung part of Verso’s list and heritage.

We’ve published some excellent writers over the decades, from John Berger to Marianne Fritz. You’d often find a gem of a novel buried in the back of a catalogue, among the new editions, if you found it at all. But in recent years we’ve found ourselves being drawn again and again to contemporary novelists; writers we couldn’t not publish and, many of whom – like Vigdis Hjorth and Jenny Hval – we want to publish for a long time to come. 2020 will see follow-up books from both of those authors, alongside plenty of new voices. We plan to publish a mixture of English language and translated fiction. This dedicated section of our catalogue is designed as a home for these intelligent and inventive voices, a place where they can get a little more daylight than they might have done previously.

See our books publishing this autumn:

Four siblings. Two summer houses. One terrible secret. To what degree should the horrors of the past be allowed to shake the present? Stalked by the darkest of shadows from her childhood, a woman struggles against the tide dragging her back to the family she fled years ago. This emotionally searing novel is at once a wrenching look at a family fractured and a meditation on the nature of trauma and memory.

Vigdis Hjorth is one of the most captivating voices in contemporary Norwegian literature. Will and Testament was featured in Lit Hub’s Most Anticipated Books of 2019:

Long described as the Dorothy Parker of Norway, so revered in that country young feminists wear t-shirts there that say, “What Would Vigdis Do?,” Vigdis Hjorth has taken a perplexingly long time to be brought into English.

And in the Guardian: The next Elena Ferrante? The best European fiction coming your way

This was a novel that people could enjoy either as high literature or as a work of down-and-dirty revenge. The tabloids loved it as much as the broadsheets, and it became the bestselling novel of the year.

Vigdis Hjorth was born in 1959. She grew up in Oslo and has lived in Copenhagen, Bergen, Switzerland and France. She is the author of over a dozen novels. She has won numerous literary awards in Scandinavia, including the Dobloug Prize in 2018.

A man captures a caronang, a strange, intelligent dog that walks upright, and brings it home, only to provoke an all-too-human outcome. A girl plots against a witch doctor whose crimes against her are, infuriatingly, like any other man’s. Stories explore the turbulent dreams of an ex-prostitute, a perpetual student, victims of anti-communist genocide, an elephant, a stone. Dark, sexual, scatalogical, violent, and mordantly funny, these fractured fables span city and country, animal and human, myth and politics.

Eka Kurniawan has been hailed as a Southeast Asian Gabriel García Márquez for the exuberant beauty of his prose and the darkly comic surrealism of his stories. He has published several novels, including Beauty Is a Wound and Man Tiger, as well as short stories. He is the first Indonesian writer to be nominated for a Man Booker International Prize.

“Brash, worldly and wickedly funny, Eka Kurniawan may be South-East Asia’s most ambitious writer in a generation... Eka is shaping up to be [Indonesia's] Murakami: approaching social concerns at an angle rather than head-on, with hefty doses of surrealism and wry humour.” – Economist

“A supernatural tale of murder and desire fascinatingly subverts the crime genre… Kurniawan’s writing demonstrates an affinity with literary heavyweights such as, yes, García Márquez and Dostoevsky.”
– Deborah Smith, Guardian

“Kurniawan creates a vivid sense of poverty and rural isolation and weaves magic realism into his narratives to terrific effect. It’s easy to see why he is being compared to Gabriel García Márquez and hailed as one of the leading lights of contemporary Indonesian fiction.” – Financial Times

For three decades, until the day he collapsed in the Brazilian surf in 1979, Josef Mengele, the Angel of Death who performed horrific experiments on the prisoners of Auschwitz, floated through South America in linen suits, keeping two steps ahead of Mossad agents, international police and the world’s journalists. In this rigorusly researched factual novel – drawn almost entirely from historical documents – Olivier Guez traces Mengele’s footsteps through these years of flight. This chilling novel situates the reader in a literary manhunt on the trail of one of the most elusive and evil figures of the twentieth century.

Olivier Guez is the author of several books, including L’Impossible retour: A History of Jews in Germany since 1945, Praise of Dodging and The Revolutions of Jacques Koskas. In 2016, he received the German Best Screenplay Award for the film Fritz Bauer, a German Hero.

Here's a sneak preview of some of our forthcoming titles:

Ellinor’s not been feeling herself; she’s not been feeling much at all lately. It’s been a year of dreary dates, dull sex and disillusionment at the office. Then a sudden suicide and an unearthed diary set the ball rolling on a transformative six months. A novel about loneliness (and the postal service!), written in Vigdis Hjorth's trademark elegant, spare and cutting style.

Girls Against God by Jenny Hval

A coven of witches curse contemporary Oslo; a group of school girls get lost in a forest; a time-travelling Edward Munch appears in 1990s Norway (and joins a death metal band), closely followed by the teen subject of his painting Puberty, who has murder on her mind; awful things happen in aspic. Jenny Hval’s latest novel is radical fusion of queer feminist theory and experimental horror.

Of Our Wounded Brothers by Joseph Andras

Joseph Andras won (and, with no little controversy, declined) the Prix Goncourt for a debut novel in 2016. It documents the life and death of Fernand Iveton, the only European executed in the Algerian War.