Andrew Weatherall: A Portrait of a Windsor No-One Knows

Andrew Weatherall (1963-2020), DJ, radio host and cultural catalyst died on 17th February 2020 at the age of 56. His prolific career and huge influence changed the British musical landscape. Jessica Thorne and Seth Wheeler pay tribute to this visionary artist, and chart his formation in the radical milieu of Windsor.

Windsor is where Andrew Weatherall was born and raised. Like many towns close to a metropolitan hub, it can feel like a place that culture has evacuated. The town centre is a foreboding bourgeois theme park, a mixture of high Georgian architecture and high-end fashion boutiques. Nightlife in this garrison town is fuelled by cocaine, cheap lager, and mega-clubs. It’s hard to imagine anything progressive happened here, but it did, and Andrew was a central part of the story.

Windsor castle casts a long shadow over the residents of the town. Indeed, you would be forgiven for assuming that no other history but that belonging to the Royals exists here. But beyond the crowned estates, the royal memorabilia shops, and pubs named after dukes and duchesses, there is a clandestine history of working-class creativity and resistance. The life of Andrew Weatherall (1963-2020), DJ, radio host and cultural catalyst, is proof that the accumulated effect of centuries’ old enclosures only went so far. From the barracks of the English Civil War to the fields and warehouses of the 1980s/1990s ‘Acid House’ movement, Berkshire’s backlands were the site of submerged working-class counter-cultures.

An obvious starting point can be found in the English Civil War, where ‘Digger’ commune flourish on the town’s outskirts. The castle itself became a republican stronghold, a garrison for the New Model Armies’ decisive push towards ‘Royalist Reading.’ While the digger commune and the hopes of the revolution would be ultimately betrayed by Cromwell and his aristocratic cronies, the relative freedoms experienced by Windsor’s ordinary folk during their republican years would continue to haunt the town's fields and forests. Decades later, after the economic crisis caused by the collapse of 'the South sea bubble' in 1720, several Windsorians took to banditry as a means to survive the ensuing economic hardship. Known as 'the Blacks,’ for the face paint they wore as disguise, they lived in Windsor’s Great Park, poaching deer and carrying out raids on local landowners. According to their later prosecutors, the blacks demonstrated 'a calculated programme of action, and a conscious social resentment' that would see them cast as revolutionary Jacobins. Repertoires of resistance re-emerged in the town during the opening of the twentieth century. On the eve of war in 1914, the home of a local MP was targeted by local suffragettes with arson.

In the post-war years, the town would grow dramatically, providing housing for the country’s burgeoning ‘army of labour.’ Windsor’s proximity to Slough’s factories ensured work for the country’s returning servicemen - Slough’s sprawling Trading Estate would become one of the key industrial production sites in the South. It would also be an important site for organised labour, with its own local communist party branch which was headed by Minna Keal, noted composer and mother of ‘New Left’ activist and historian Raphael Samuel.

The fortunes of the communist party would ebb over the following decades, but rank and file militancy would see Slough’s shop floors and workshops grind to a halt well into the 1980s. Most notable was during the Ford dispute at Langley, which was supported by militants emerging from the 1968 milieu.

For the 1968 generation, liberation from work, not liberation through work, became an increasingly dominant feature of a radical politics, underpinned by squatting and experiments with alternate lifestyles. Windsor ‘Free Festival’ was a part of this trend: a yearly illegal ‘occupation’ that took place between 1972 and 1974 on the Royal estate, organised, in part, by Slough boy (and 'king of the hippies') Sid Rawle and his band of contemporary ‘diggers.’ The site was chosen to promote an ongoing rent strike and was intentionally confrontational, anti-establishment, and anti-monarchical. In 1974, the proposed 10-day event was violently evicted by the police.

The free festival community would ultimately move on, evolving into the ‘peace convoy’, which focused its collective energy on establishing the Stonehenge Free festival (alongside ‘work resistance,’ anti-nuclear campaigning, and ecological direct action). That too was violently attacked under orders from Margaret Thatcher and was evicted during the 'Battle of the Beanfield' in 1985. The traveller and free festival community were subsequently invited onto Michael Eavis’ farm the following year, providing a modicum of counter-cultural weight to an annual event that would grow into the global phenomena understood as Glastonbury or ‘Glasto’ (sigh): proof that there is nothing that cannot be beaten out of our hands and sold back to us.

By the mid-80s, the Thatcherite assault against the trade unions and the counterculture was in full swing. However, this was met by a tidal wave of resistance to the world of work and its restructuring. For those who didn't go to university or straight into work upon leaving school, the dole provided an escape route and the material safeguard for a variety of cultural experiments. The dole was respite between the end of childhood and the world of work; a space for creativity and autonomy in which young people ‘found themselves,’ as musicians, poets, artists or DJs.  Every town had its own bohemian district - either a row of terraced bedsits, or a string of shared flats or collective dole houses - and each had its own ‘alternative’ venue, usually a pub on the peripheries of town where a landlord would turn a blind eye to underage drinkers. Windsor was no exception. A variety of pubs, an art centre and a series of dole houses provided the social glue for a growing counter-culture that would soon take the country's youth to war with the British state.

Andrew Weatherall was part of this post-punk generation. His weapons of choice were a keen eye for style and an even keener ear for music. In Windsor at this time, Andrew made fanzines for his friends and DJ'd their parties on the weekends. His eclectic musical choices would soon garner the attention of a growing network of party makers, ensuring his inclusion on the roster of talent then DJing London’s legendary Shoom night. Alongside Slough’s Terry Farley, Andrew became a key component of what became known as ‘Balearic Berkshire,’ DJing in the county’s pubs, clubs, warehouses, and once infamously even hosting a foam party in a cattle-shed: cowshit and foam.

Within a couple of years, the movement around Acid House would mutate and explode, cross-pollinating with the remnants of the peace convoy, which provisioned a new generation of working class youth with their own ‘free festival’ movement. This would eventually bring this generation into conflict with the state. The rave generation used street parties and riots as a means to fight the proposed 1994 Criminal Justice Act that aimed to criminalize outdoor ‘repetitive beat’ parties. This would put ravers into contact with squatters, new age travellers, road protesters and animal rights activists, those who underpinned the beginning of the alter-globalisation movement.

Andrew was obviously much more than this, and his ‘politics’ were largely a mystery. His story is wider though, and our knowledge of his impact over the direction of contemporary music will continue to grow as we understand more. For a generation (or two) of working-class youth, Andrew was a cultural catalyst. The Royals didn’t give us much. Jobs in the town’s tourist and retail sectors are notoriously low-paid and arduous. Moreover, the ideological shadow cast by the castle suggests a history that excludes the town’s working-class residents, often reduced to mere props or window dressing in the Royal pantomime. However, Andrew’s life tells us something different, a portrait of an alternate ‘civic pride’ hidden just below the surface. 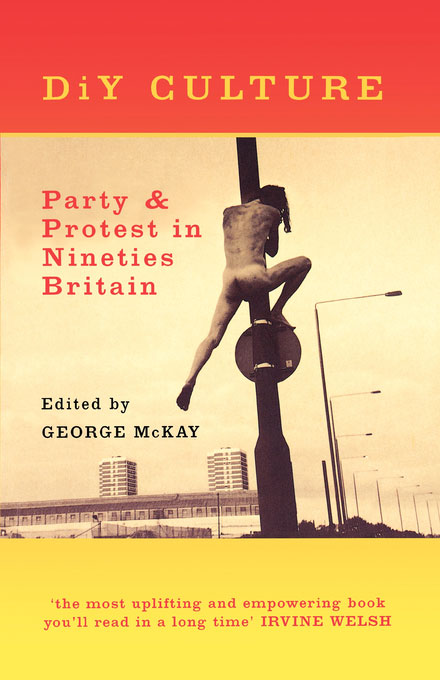 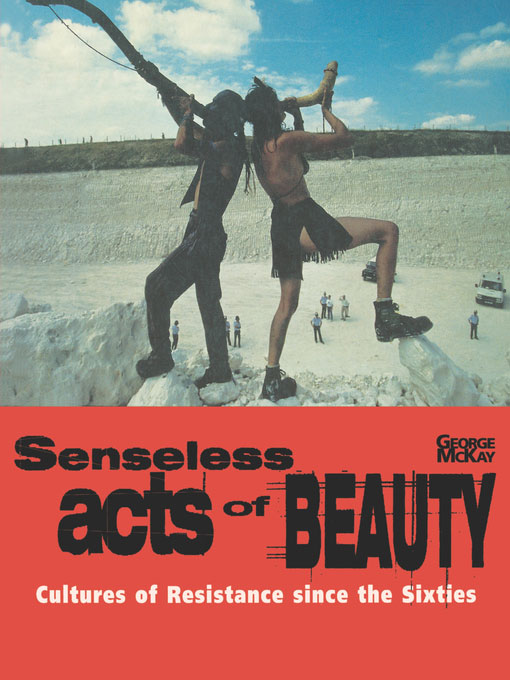