No Country for Women

Protest march in Delhi on April 4 2019, against the climate of violence around upcoming Lok Sahba elections. (Adnan Abidi/Reuters)

The advent of summer in New Delhi is usually signalled by the blossoming of golden shower trees in posh neighborhoods and by putrid humidity in the congested slums and overpopulated ghettos, where, perhaps, the only stretch of land with space to accommodate vegetation is the community graveyard. But this year in March, when the coronavirus pandemic made its way to the subcontinent—driving the rich indoors and the poor out on the roads—these faithful markers of the turn of season were rendered insignificant by the ensuing “crisis of hatred and hunger” and of death, disease, and interminable chaos. The Indian government, once again displaying its penchant for approaching emergencies and disasters with grandiloquence and theatrics, did its part by imposing an unplanned lockdown, complete with instructions on pot-banging and candle-lighting, meanwhile dutifully stuffing the largest prison complex in the country with students and activists who had dared raise their voices against its majoritarian rule.

On April 10, Delhi Police—who had otherwise been busy covering the murals denouncing their violent crackdown on protesting students with billboards declaring themselves “Dil ki Police,” or the police of hearts—made another such arrest. This time, the victim was Safoora Zargar, a pro-democracy activist and a student of sociology at Jamia Millia Islamia, the university which had been the center of protests against the new citizenship laws crafted by Narendra Modi’s Hindu nationalist government, which, in combination with a notorious National Register of Citizens (NRC), threaten to render millions of Muslims stateless. Zargar, who was three months pregnant at the time of her arrest, was accused of being a “key conspirator”—ironically—in the anti-Muslim pogroms in northeastern Delhi incited earlier in the year by a member of the ruling Bharatiya Janata Party (BJP). She was granted bail on April 13 but was re-arrested the same day under different sections of the law, on charges of murder and on the authority of the draconian Unlawful Activities (Prevention) Act, which allows the state to designate any person as a terrorist without trial.

While Modi’s home minister was guiding the police in fabricating charges against Zargar, his supporters were convicting her by the unwritten laws of India’s patriarchal and orthodox society. Soon after her arrest, a well-coordinated scandalmongering campaign circulated by Modi’s army of social media trolls began targeting her by spreading rumors about her marital status and pregnancy. This time-tested tactic of character assassination proved so effective in creating public contempt that where her condition and arbitrary imprisonment during the coronavirus pandemic should have aroused sympathy and concern, her predicament instead became the subject of drawing-room trials. Indeed, several fact-checking websites had to debunk the lies about Zargar being unwed, as well as the misleading images and pornographic clips being circulated by trolls on Facebook and Twitter.

Last year in December, after Delhi Police had forcefully entered the campus of Jamia Millia Islamia and had brutally attacked protesting students with impunity, India’s National Commission for Women raised concerns over reports of female students being beaten and sexually harassed by policemen who had broken into reading rooms and washrooms and vandalized lights and CCTV security cameras. In the aftermath of the attack—or perhaps during its protraction—these women, who couldn't be silenced by the horrors of state violence, were harassed in public and online by men who pulled their veils, sent them threatening messages on social media, and made vulgar video calls to their personal phone numbers. Not only was no action taken against the guilty policemen and other offenders but the National Human Rights Commission blamed the students for the police atrocities in its report released this year in June. By this time, nearly six months after the attack, the Indian government had already made immense progress in arresting the dispersed female leadership of the protests against the Citizenship Amendment Act (CAA), the first target of which was Zargar.

The persecution of women which followed the anti-CAA protests was reminiscent of the misogynist response when Jawaharlal Nehru University (JNU), one of the premier institutions in India, witnessed massive protests against Modi’s drive to privatize education in India. To downplay the importance of student demands to revoke the sudden and unnecessary fee-hikes, random photographs of young women smoking and drinking alcohol were shared on social media with claims that they depicted JNU students. Another set of photographs was used to fan rumours that the campus was so littered with condoms that female students used them to tie their ponytails. In fact, in 2016, when several university students were charged with sedition after protesting against the hanging of Kashmiri separatist Afzal Guru, prime suspect in the 2001 Indian Parliament attack, a BJP leader had remarked that 500 used abortion injections were found on its campus every day.

A pattern—too glaring to be ignored—emerges: Whenever a woman deviates from the obedience to the supreme powers of an authoritarian and necessarily male regime, she is punished and “shown her place” by the time-honored ploy of associating one or more taboos with her name. In Zargar’s case, the Indian state did this, first, by imprisoning her on absurd charges during the pandemic despite her pregnancy—or maybe because of it?—and then, by deploying its brazen propaganda machine against her. In a similar vein, the Indian judiciary—which had once pronounced a capital sentence to satisfy the “collective conscience” of the country—denied her bail even after it was revealed that she was suffering from Polycystic Ovarian Syndrome, which made her more likely to miscarry or have a difficult delivery. It was clear that Zargar was being used as a warning to those women who had given up their conventional roles and had come out on the streets to protect their political rights. Zargar’s trial was, essentially, a witch trial.

This is a prime minister who follows trolls on Twitter that use hashtags like “the vagina of Pakistan’s mother.” That is, the misogyny on display against protesting women is part of the government’s core ideology. In his book, Six Glorious Epochs of Indian History, Vinayak Damodar Savarkar, the founding father of Hindutva whose portrait hangs inside the Indian Parliament, preached rape against Muslim women as a political tool and castigated Hindu rulers who treated Muslim women like human beings. Savarkar wrote decades before women were sexually assaulted en masse during the 2002 Gujarat pogrom, when Modi was the chief minister of the state, and before Yogi Adityanath, the BJP chief minister of the most populated state in the country, was seen attending a rally in which his co-speaker advocated raping the corpses of Muslim women after digging them out of their graves. More recently, when violence broke out in parts of New Delhi, members of a right-wing mob pulled down their pants and pointed their genitals at groups of Muslim women, taunting them by saying “Here, take freedom,” a twisted version of a resistance slogan first raised in Kashmir and then adopted by anti-CAA protesters in India.

In its 2019 election manifesto, Modi’s party—to nobody’s surprise—had pledged to promote gender equality by legislating a bill against “triple talaq,” a form of instant divorce practiced by Muslims in South Asia. The same manifesto had also promised new citizenship laws and a revocation of the special status granted under Article 370 of the Indian Constitution to Jammu and Kashmir. Well into the third month of its second term in power, Modi’s government proved its adherence to these oaths, first, by criminalizing—rather than banning—the triple talaq divorce, and then, by stripping Kashmir of its limited autonomy and placing it under one of the longest clampdowns in history. While Kashmiris were struggling with a complete communication blackout, a legislator from the ruling party proudly declared that bachelors in the party were welcome to go to Kashmir and marry “white-skinned” Kashmiri women, prompting “Marry Kashmiri Girl” to top the list of popular web searches in India. Soon afterwards, the bill to amend citizenship laws was passed in both houses of parliament, leading to mass protests, which the government suppressed by incarcerating students and female activists like Zargar, whom it had earlier vowed to “protect.”

The misogyny integral to the forces of Hindutva, and the toxic masculinity that fueled Modi’s rise to power in India is too important to be neglected: Right from his first election campaigns in 2014, Modi has been portrayed as a manly strongman whose “56-inch chest” and “superpower” to work without sleep is celebrated by his supporters and the national media alike. Propaganda comics depict “Bal Narendra,” or Baby Narendra, fighting off a crocodile with bare hands. In present times, the now grown-up Baby Narendra leads surgical strikes against Pakistan “from the front” and “beats them inside their very house.” His supporters are “proud Hindus,” and those in his opposition are described as too soft, too meek, too “effeminate.”

In a country ruled by an “alpha male,” it is only natural that the female is the mother in the land, the goddess in the cow, and the “naive and gullible” soul nestled inside the body of a woman. They must be protected by “proud Hindus” from “enemies” who are given different epithets according to their changing roles: “Bharat Mata” or Mother India must be saved from foreign infiltrators, Goddess Cow has to be delivered from the slaughterhouses of brutal butchers, and the body of a woman, which is viewed only as a machine capable of changing population dynamics, should be locked away from seducers and “love jihadis” who want their own numbers to explode. If this body is the body of a “Mullani”—a derogatory slur used for Muslim women—it deserves rape, possession, or a “journey back home” to the Hindu fold. Any transgression from these limits could make her worthy of purge, penalty, and correction.

On June 22, Delhi Police opposed Zargar’s bail plea, citing the fact that thirty-nine deliveries had taken place inside Delhi’s prisons in the last ten years. They also hinted that her pregnancy should have acted as a “check” on her “activities,” and failing which, it was “no grounds” for bail. When Zargar was released a day later after signing a personal bond of $132, India’s solicitor general, Tushar Mehta, conceded that the police had no objection to her being granted bail on “humanitarian grounds.”

While Zargar’s partial and conditional freedom—debunked by lawyers as a strategic move to prevent an order on merit—was celebrated by some, the Habeas Corpus petition of another anti-CAA protester, Gulfisha Fatima, was denied in the Delhi High Court during the same week. All this proves, once again, that while monsoons may change the color of golden shower trees from yellow to green and give temporary relief from heat, there is no such change in sight for women. 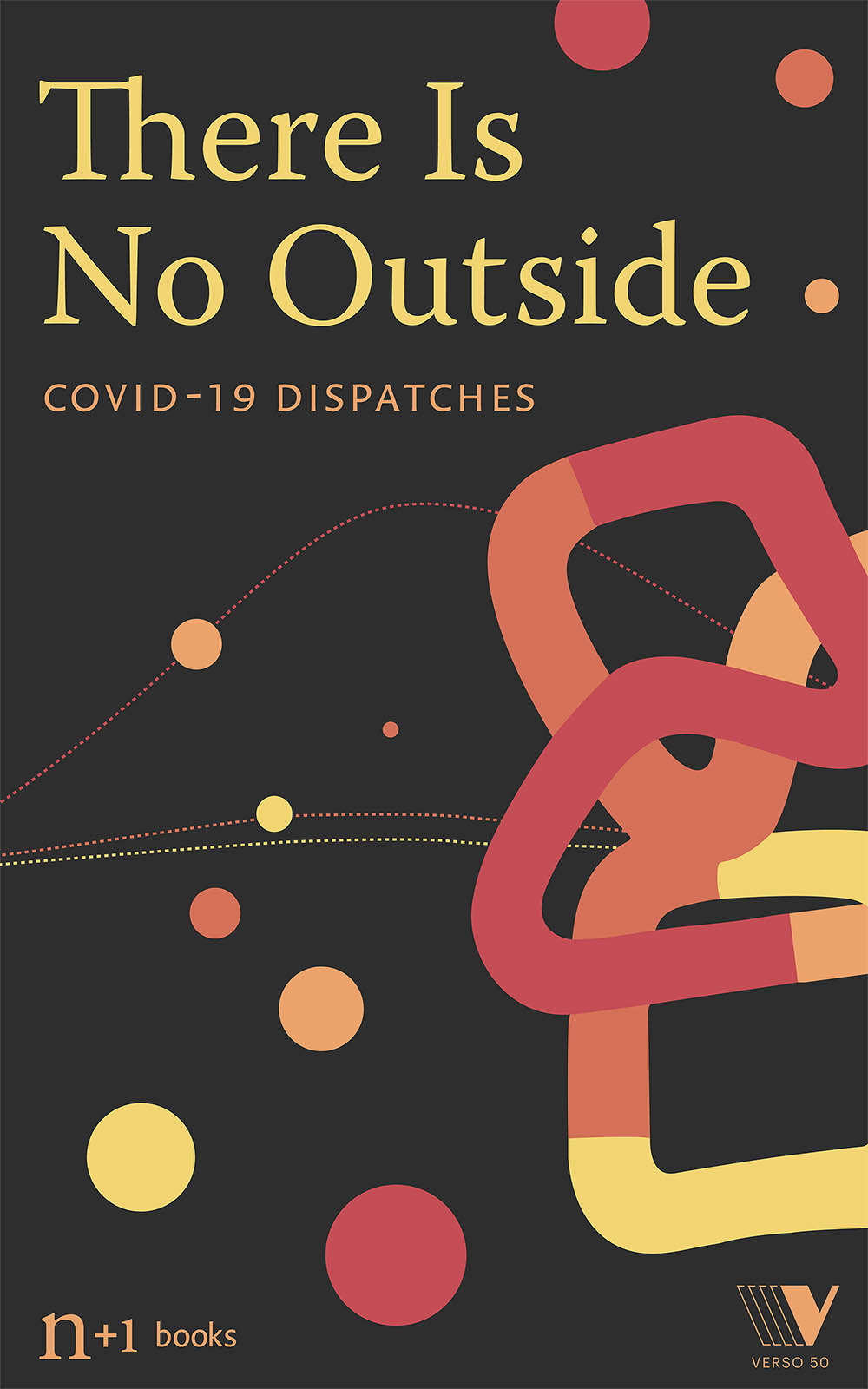 There Is No Outside
Edited by Jessie Kindig, Mark Krotov, et al. 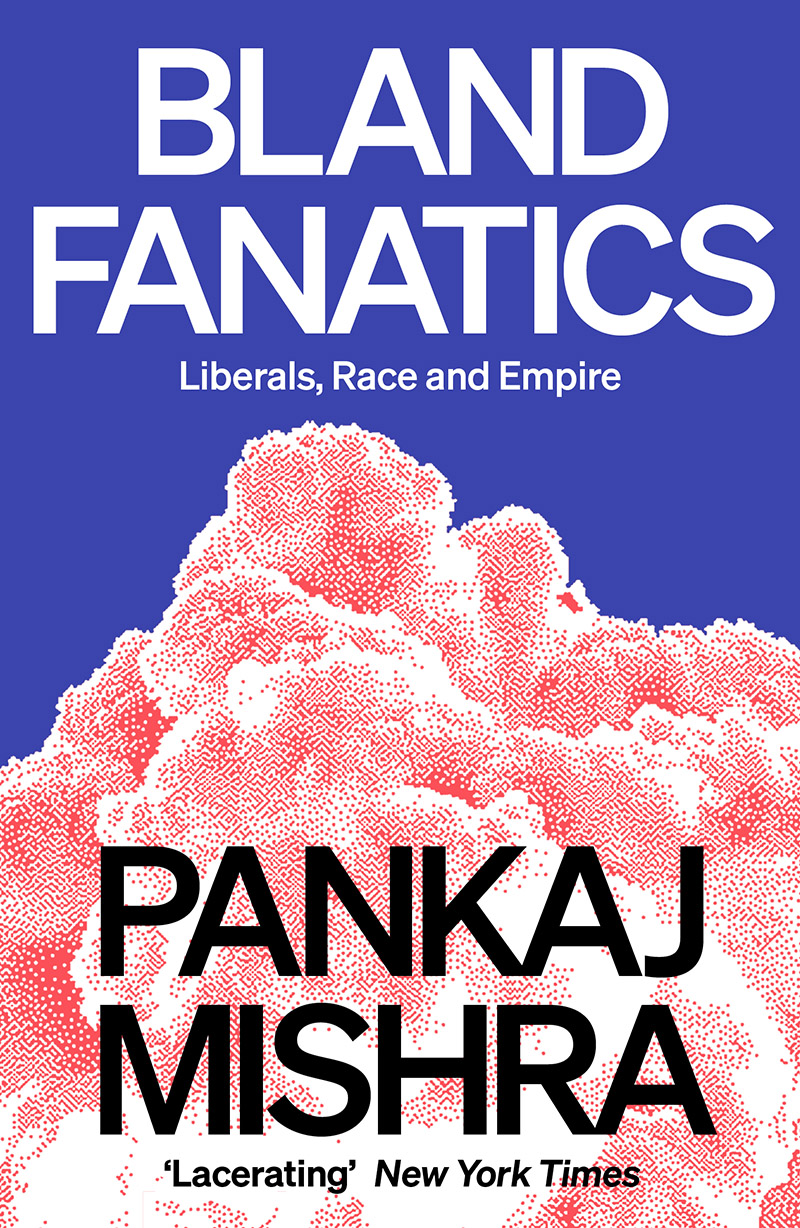