James notes that Bataille's sensational life and work can in no way be fitted into a singular  narrative. Nevertheless, there are threads running throughout Bataille's work (both fiction and theory) and his life, notably his lifelong committment to materialism:

Surya, perhaps more than any other commentator, does justice to the intimacy of the relation that subsisted between Bataille's life and his writing, and to the complexity of their interrelation. Despite their resolutely paradoxical, enigmatic or incomplete qualities, Bataille's life and writing are, Surya shows, united by a sustained concern to affirm and elaborate an uncompromising anti-idealism. If he was fascinated by the debauched the filthy, and the work of death, it was because he held ideality of any kind to whatsoever to be a dangerous repression of the base materiality of life ...

Bataille, Surya underlines, sought only to consent to the totality of the world as it is, and not as we think it should be. In doing so he re-inscribed the entire legacy of post-Enlightenment thinking about the foundations of knowledge, of the self, of religion and art, social organization and political economy within one of the most ambitious and uncompromising affiirmations of materialism it is possible to imagine.

Visit the Times Literary Supplement to read the review in full (subscribers only). 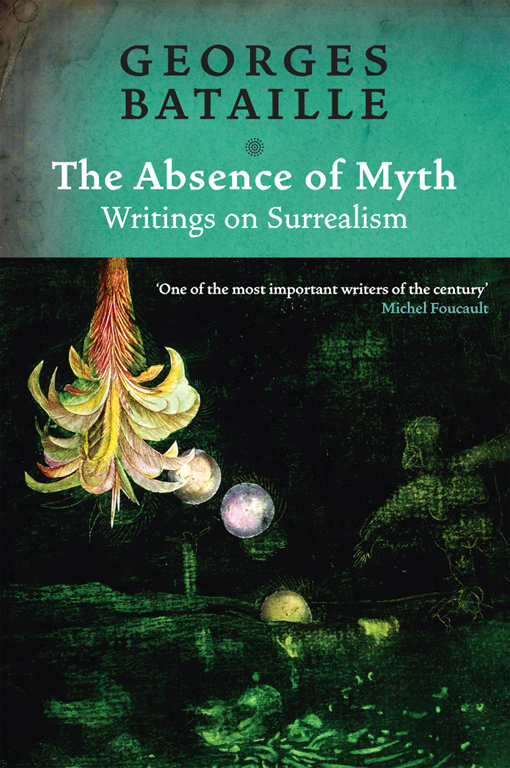 The Absence of Myth
by Georges Bataille