Leo Panitch passed away late last night. Leo was an author, a friend and a comrade of Verso, and his death is a devastating loss for the left. Below is an excerpt from his latest book, written with Colin Leys.

See these fascinating interviews with Leo on his political formation.

The ebook of Searching for Socialism is now available for free - please click on the ebook option below.

Each of the three great economic crises of the last century – the 1930s, the 1970s and the decade after 2008 – precipitated a crisis in the Labour Party. Each time, the crisis posed fundamental questions of ideology, organisation and unity, and ended up by propelling into the leadership a radical socialist MP from the party’s left wing. In each instance this produced a sharp reaction aimed at blocking whatever potential the crisis had for taking the party in a new democratic-socialist direction. And in each case Britain’s relationship with Europe played an important role.

The first instance was in 1931, at the onset of the Great Depression, after the Labour leader Ramsay MacDonald had formed a ‘National Government’ in order to impose massive cuts in social expenditure on the unemployed and the working poor. In the ensuing general election, the Labour Party, although it won 30 per cent of the vote, was reduced from 287 MPs to 52. In the wake of this, the radical socialist and pacifist George Lansbury was elected leader, and party policy took a sharp turn to the left. Yet, despite massive street demonstrations by the unemployed, most of the remaining Labour MPs were opposed to any except purely parliamentary measures, leaving Lansbury feeling, as he wrote, ‘absolutely helpless’ in face of the imposition of ever more draconian austerity. In 1935, after the party conference endorsed military rearmament in response to developments in Europe and the Soviet Union, Lansbury resigned. His successor, Clement Attlee, put the party in the hands of ‘a much more professional team’, but ‘also a much more “responsible” one’, as Ralph Miliband wrote in Parliamentary Socialism. This was the team that would later carry through Labour’s major post-war reforms, while leaving unchallenged the capitalist economy, the inherited structures of the state and the country’s place in the new American empire.

In the 1970s, as the Labour governments of Harold Wilson and Jim Callaghan responded to a new economic crisis by abandoning the Keynesian welfare state and restraining union militancy, a new Labour left emerged that was determined to democratise and radicalise the party; and soon after the party’s defeat by Margaret Thatcher in 1979, Michael Foot, whose political formation was rooted in the Lansbury years, was precipitated into the leadership. But in the interest of party unity Foot allied himself with the centre-right of the parliamentary party against the Labour new left and its most prominent spokesman, Tony Benn, reasserting the party’s commitment to traditional parliamentarism. This did not prevent a second heavy defeat, by Thatcher in 1983. Nor did the ruthless repression of Labour’s new left by Foot’s successor, Neil Kinnock, prevent two further electoral defeats. Instead it paved the way for ‘New Labour’, and the embrace of neoliberalism under Tony Blair and Gordon Brown. Throughout these years, too, the issue of Britain’s relationship with Europe was a constant complicating dimension of the party’s internal divisions. The contradictions of New Labour in government, culminating in the financial crisis of 2007–08, first propelled ‘Red Ed’ Miliband to the leadership. But when he, like Foot, gave top priority to securing the unity of the parliamentary party, leading yet again to electoral defeat in 2015, the crisis finally led to the election as leader – this time by the whole membership of the party – of Jeremy Corbyn. His election, the surge in membership that accompanied it, and the support he received from the trade unions finally brought the project of the Labour new left to the top of the party’s governmental agenda. The question now was whether the cycle of resistance and neutralisation would once again be repeated, or whether the Labour Party could after all become the agent of democratic-socialist advance in the UK.

Jeremy Corbyn and his most senior colleagues had been formed in the previous attempt to make this happen, in the late 1970s and early 1980s. In The End of Parliamentary Socialism: From New Left to New Labour, published in 2000, we traced the record of that attempt, and its ultimate defeat by the combined forces of its opponents inside and outside the party. Our conclusion was that ‘the route to socialism does not lie through the Labour Party’. This did not make us despondent. While accepting that ‘the first reaction to disillusionment . . . is fatalism, in the face of what are presented as global forces beyond anyone’s control’, we thought that this mood would ‘sooner or later change to resentment and anger, and a rediscovered will to act, to which a new socialist project must respond’. We did not foresee how soon, in reality, this would happen, in the reaction against the inequality, militarism and economic failure of the neoliberal project; nor that events would again propel a socialist into the leadership of the Labour Party and reopen the question of whether the party could yet be transformed into one capable of leading the socialist transition that the surge of activists into its ranks called for.

Although the enthusiasm behind the Corbyn leadership and the achievements of its first years were impressive, the obstacles the Labour new left project faced were if anything greater than ever. By early 2019 it was clear that its prospects of success had been severely whittled down, so that its eventual defeat in December was not a surprise. The country’s relation with Europe played an even more critical role in this than in the past, but the continuities with what had blocked the Labour new left project since the 1970s, above all the fierce obstruction from within the parliamentary party and from the media, were once again evident in every aspect of the events which culminated in defeat in the December 2019 election.

We have therefore condensed the previous book into the first five chapters of this one. The six chapters that follow cover the last twenty years. For help in researching them, we are extremely grateful to all those people inside the party, at every level, from whose knowledge and insights we have learned so much, for the generous time and help they have given us. In all of our work on the project of the Labour new left, we have tried to point to its huge importance while at the same attempting to analyse as clearly as possible the obstacles to realising its potential. But, in whatever form, the drive for democratic socialism will continue. This book is intended as a contribution and a tribute to the purpose and vision of those who, in wanting the Labour Party to become a genuinely democratic-socialist agent of transformation, have done so much to recover the capacity to think ambitiously about social change. 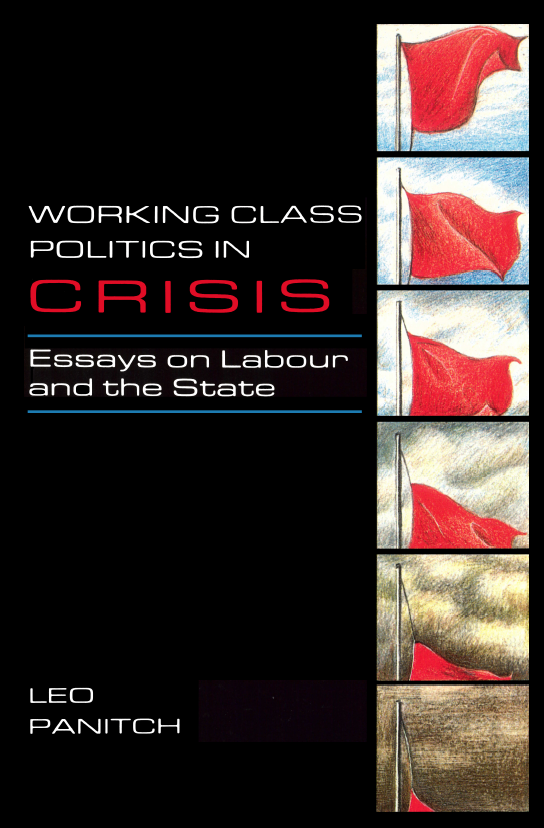