What can the interaction of McCarthyism, Sparticus and Pinochet show us about the powers of dissensus?

In Medium Design: Knowing How to Work on the World, Keller Easterling makes the case for the in-between. The underexploited room of connection and interaction in our lives and collective worlds that could potentially offer a new framing with incredible potential. This perspective is called medium design and it could offer the activism we need to see today.

The Army-McCarthy hearings of 1954 were a watershed moment marking the beginning of the end for Joseph McCarthy and his fearmongering attempts to target communists through the Senate Permanent Subcommittee on Investigations. As the now-famous final straw is often portrayed, the Army lawyer, Joseph N. Welch, refused to engage an offensive line of questioning initiated by McCarthy, saying, “Have you no sense of decency, sir? At long last, have you left no sense of decency?” The courtroom erupted into applause, and in cultural hindsight, McCarthy was defeated.

The change actually took shape over a period of weeks. There was already ample evidence that McCarthy’s rancid tactics were dishonest and bullying, but facts made no difference to his means of exercising power. Welch, himself no snowy white angel, provoked McCarthy into the endgame position by deploying homophobic sentiments. Perhaps even more important than Welch’s argument, the change was reliant on latent potentials related to the televising of the Army-McCarthy hearings. The broadcast served as a multiplier to expose McCarthy’s demeanor and garner increased suspicion about him.

Years earlier, in 1947, the Hollywood screenwriter Dalton Trumbo appeared before the House Un-American Activities Committee (HUAC)—a committee that preceded the Army- McCarthy hearings but continued to function long after 1954. When Trumbo refused to provide any information to the HUAC, he was convicted of contempt of Congress. He served eleven months in prison and was blacklisted in Hollywood.

When he later wrote the screenplay for Stanley Kubrick’s 1960 movie Spartacus, he was still writing under a pseudonym. Kirk Douglas’s revelation that Trumbo was the author contributed to the eventual dissolution of the blacklist.

Maybe Trumbo was intimately contemplating the chemistry of political watersheds when writing Spartacus. In a fabled scene from the film, Roman authorities make what they portray to be a magnanimous announcement to a field of slaves who are shackled and chained to one another under the naked sun. The captives will all be spared crucifixion if they identify the insurgent leader named Spartacus. Given the number of slaves, there is every chance that they will be successful in squelching resistance and maintaining their powerful grip.

By going to their death together, the slaves instantly turn the tables on their captors. Rather than handing success to an authority already preemptively congratulating itself on a successful strategy, they force that power to extinguish all of its human property.

The scene perfectly illustrates an interplay of actions in which lexical meanings and legal declarations—the name “Spartacus” and the guilt of an insurgent under Roman law —become less important than disposition. When the slaves say, “I am Spartacus,” they tap into two resources: an inversion and a multiplier. By seeming to submit to or obey their captors, they satisfy the request, but when that submission is multiplied, it confuses and defangs the name and the power that uses it.

Crying “I am Spartacus” when Spartacus is not your name, and when the effects can be multiplied, is an excellent example of dissensus. It disrupts the modern mind’s sense of order, its favorite way of recognizing names rather than activities, and even the position of names as evidence in the enforcement of law. The slaves know that the name that is so crucial to the Romans is evaporative and something that can be bounced around until it signifies nothing in comparison to the hard, physical facts of slavery. Just as the superbug confuses ideological labels, this activism in the register of disposition confuses, even dissolves, the authority and consensus of Roman rule.

Temperamentally, the slaves neutralize the violence of the authoritarian power and transform it into a brotherhood. The greater the cruelty inflicted on human property, the greater the chances that it can be converted into harm for those inflicting that cruelty. And the greater the chances that the entire group will choose solidarity because they have nothing to lose and everything to gain. Political bullies often make themselves a source of special favors to individuals in the group to foil this calculation and break up the strength in numbers.

The Spartacus moment is reminiscent of another similar moment of remission—the “no” campaign for the 1988 referendum in Chile that finally removed Augusto Pinochet from office. The referendum was to decide if Pinochet would stay in power for eight more years. After sixteen and a half years of a brutal dictatorship that tortured and killed its citizens, the “no” campaign might have portrayed fear and horror that could no longer be tolerated. “No” would then be an adamant refusal.

But the campaign chose instead to associated “no” with positive rather than negative energy. The “no” logo featured a rainbow and the television ads offered a goofy comedy featuring people joyously celebrating and looking into the camera with broad smiles. They wagged their finger with a silly version of “no” that really meant “yes.” Music accompanied picnics, somersaults, collapsing walls, and bands of cheerful people singing the lyrics “Chile, happiness is coming.” It was a brilliant calculation that succeeded in outwitting Pinochet’s hammerlock on power.

Precisely because so much global development makes urban space into spatial products or repetitive precipitates of financial abstractions, medium design can deliberately shape components that will act as a germ in these fields of repetition. Multipliers—like the multiplication of the name Spartacus and the broadcast of hearings or campaign ads—can be accelerants for interplays. Replicating products in contemporary space potentially strengthen the various regimes of capital that create them, but, as mentioned in the introduction, they might also be carriers of their own reversal. And when they contain inversions of meaning or expectation, they have extra powers of dissensus. 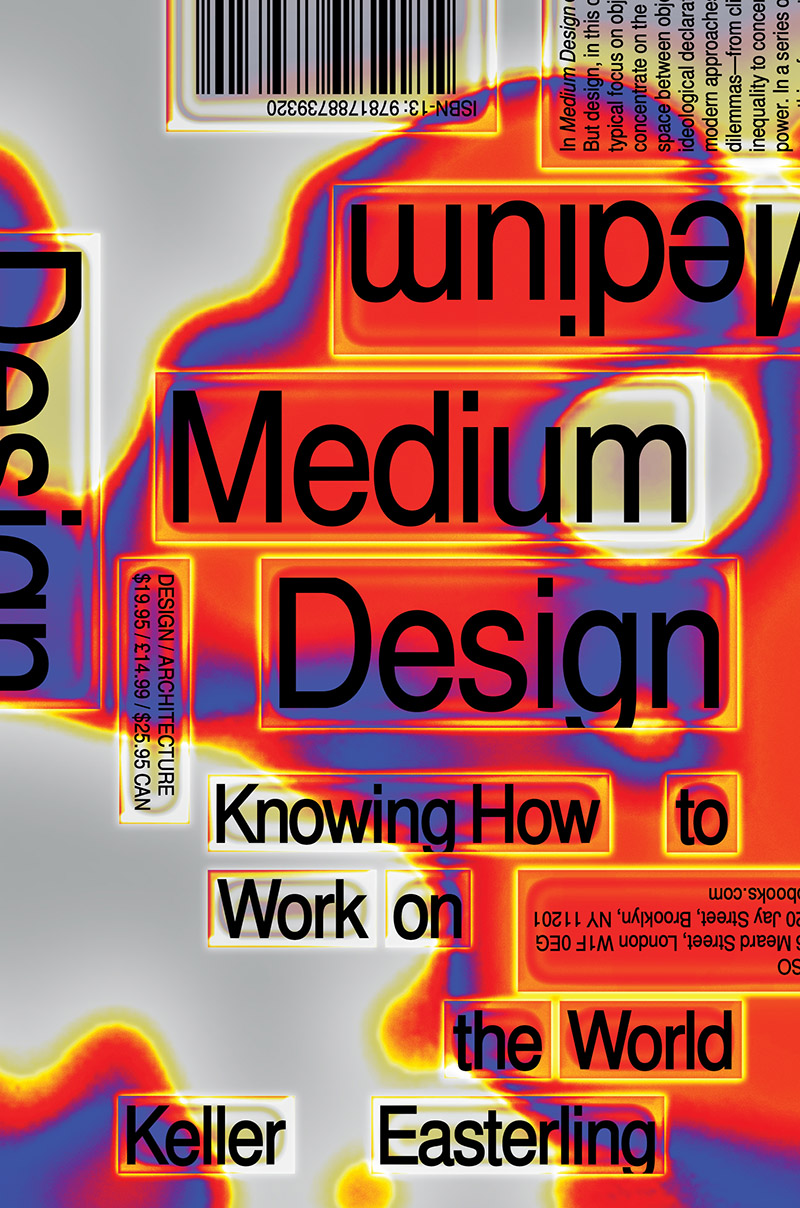