A new podcast from Verso Books and the Rosa Luxemburg Foundation Brussels. See all of our episodes here!

Climate Crisis: Time for a New Society is a new podcast where writers and activists discuss radical ideas to move beyond the doom of climate breakdown. A collaboration between the Rosa Luxemburg Foundation Brussels and Verso Books.

How can the left build power in times of crisis? Our first episode was recorded by the beach in Brighton at The World Transformed festival and hosted by writer and journalist Dalia Gebrial. Dalia is joined by Mathew Lawrence, co-author of Planet on Fire: A Manifesto for the Age of Environmental Breakdown, and Harpreet Kaur Paul, human rights lawyer and co-founder of Tipping Point UK.

What could direct action look like in the context of COP26? Our second episode was recorded in Glasgow at COP26, hosted by Kate Aronoff, staff writer at The New Republic, author of Overheated and co-author of A Planet To Win: Why We Need A Green New Deal. Kate is joined by Andreas Malm, author of How to Blow Up a Pipeline and White Skin, Black Fuel with the Zetkin Collective, and Sabrina Fernandes, Brazilian eco-socialist organiser, communicator and fellow at the Rosa Luxemburg Foundation.

The global transition towards renewable energy cannot be summarized by the switch from one energy source to another. Who owns these resources, who builds and controls renewable energy infrastructures and ultimately who will access and benefit from them, are key questions to address if we want to understand what is at stake when we speak about the energy transition. In our third episode David Hughes, Mika Minio and Thea Riofrancos focus on the question of wind and how this endless resource can be appropriated to generate a socially profitable energy transformation.

Episode 4: What is ecofeminism, and why is it necessary in the fight for climate justice?

This year, the fifth International Ecosocialist Encounters gathered activists and organisers in Lisbon to discuss, design and articulate the necessary responses to climate breakdown. This episode was hosted by Julie Gorecki, co-author of the introduction to the first English translation of Feminism or Death: How the Women’s Movement Can Save the Planet by Françoise d’Eaubonne. Julie spoke with Inês Telles, Joana Bregolat, Andreia Galvao, Alice Vale de Gato and Sara Bourehiyi about why we need an ecofeminist approach in our organizing and resistance to extractive capitalism.

VersoBooks · What is ecofeminism, and why is it necessary in the fight for climate justice?

COP26: a radical climate reading list. 10 books to help us radically fight in a world on fire.

Theorizing the Climate Crisis: a reading list around how different theories of the climate crisis shape our understanding of what must be done. 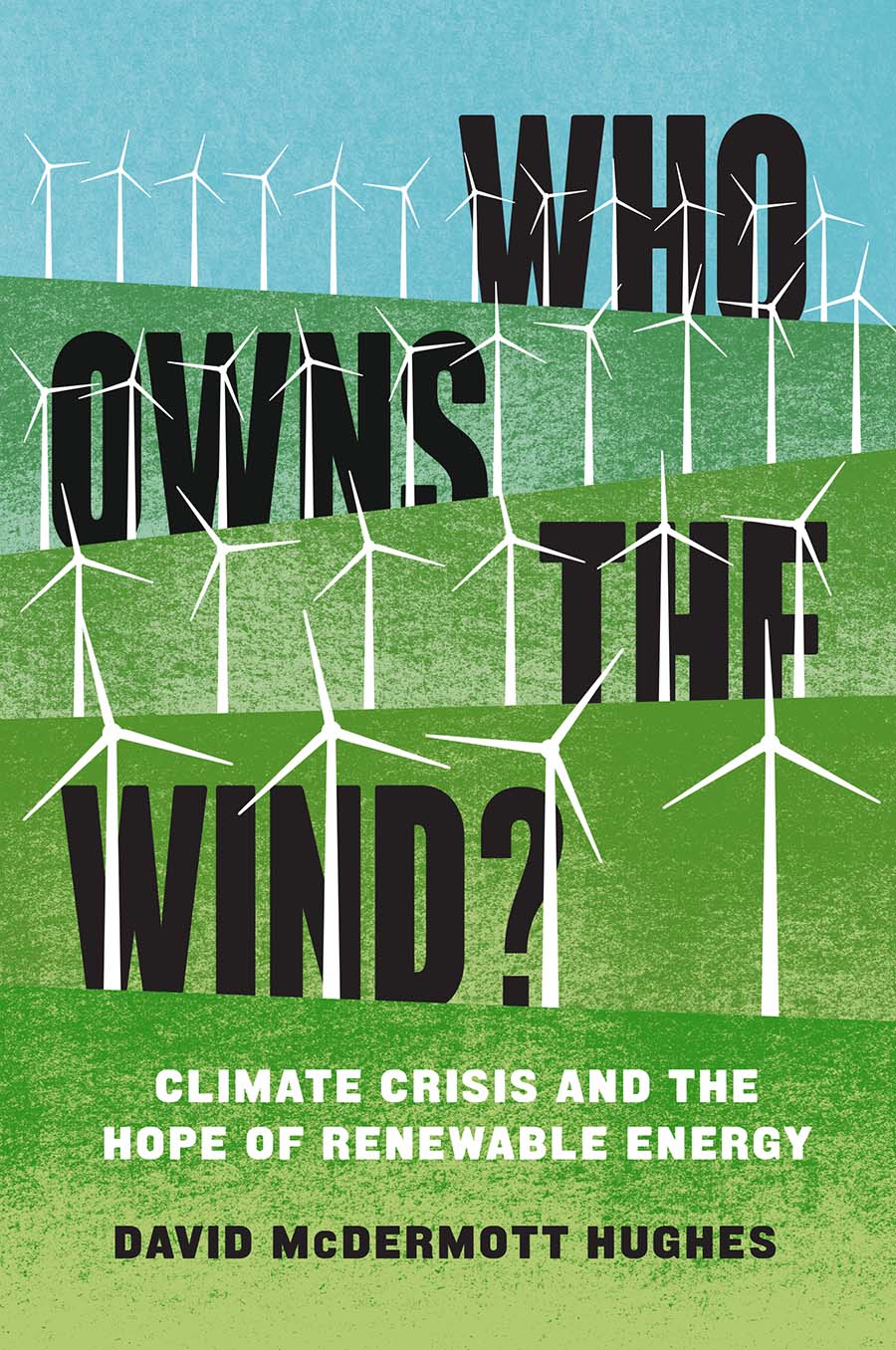 Who Owns the Wind?
by David McDermott Hughes