An obituary for Aijaz Ahmad

Ayyaz Mallick remembers Aijaz Ahmad, author of In Theory who passed away on 9 March 2022.

A mighty oak has fallen.

Aijaz Ahmad  has left us, one of the great political essayists of our time and one of the final representatives of that last truly subcontinental generation of Indo-Pak intellectual-revolutionaries -- one whose affiliations and sensibilities took shape, in a strong sense, before that parting gift of Empire, the Radcliffe Line, had solidified into the accursed wall of separation and mourning it is today.

Never one to be taken in by the radical pretensions of much that masquerades under the label of "critical" thinking today, Aijaz married acerbic - often entertaining - prose to a prosaic but important and often forgotten insistence that language was, like all things, a matter of class. And thus that (much vaunted) "Theory" takes refuge in its discursive involution at its own peril; indeed, it does so at the cost of its own irrelevance and, more to the point, as uneasy cover for its own politics of recognition and upward mobility in a world where a vast majority are irrevocably deprived of either.

From imperialism to nationalisms (reactionary and progressive), from Hindutva to Islamism, from liberal democracy to populism and fascism, from classical Urdu literature to setting so-called "world literature" in its place, to a tantalisingly short but characteristically memorable comparison of Jinnah and the Bacha Khan, Aijaz threw down many a gauntlet and to characters as varied as the Subaltern Studies collective, Edward Said, and Fredric Jameson -- gauntlets and challenges which, despite their occasional pungency, left us all the richer and always looking forward to the next productions of this mighty pen and intellect. Indeed, to speak of just the subcontinent, Aijaz's pioneering (Marxist-Gramscian) excavations of Bhuttoism (1978/83) and Hindu nationalism (1992) remain essential signposts for understanding our present.

Few will ever match such depth of insight to an intellect of such world-historical restlessness, marry such fidelity to the particular with an unwavering commitment to universalism and internationalism, and bring together such an elegant combination of erudition with incisiveness.

May Aijaz Ahmad rest in peace -- to remain, always, a prophetic witness to our times and troubles. 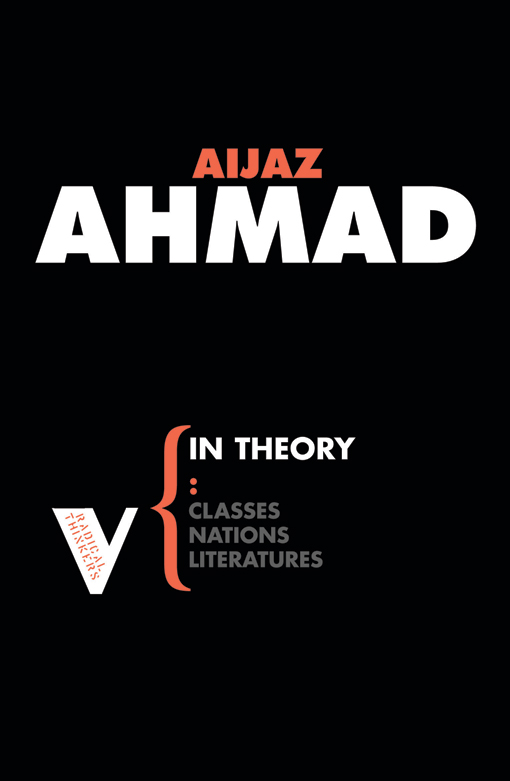 In Theory
by Aijaz Ahmad 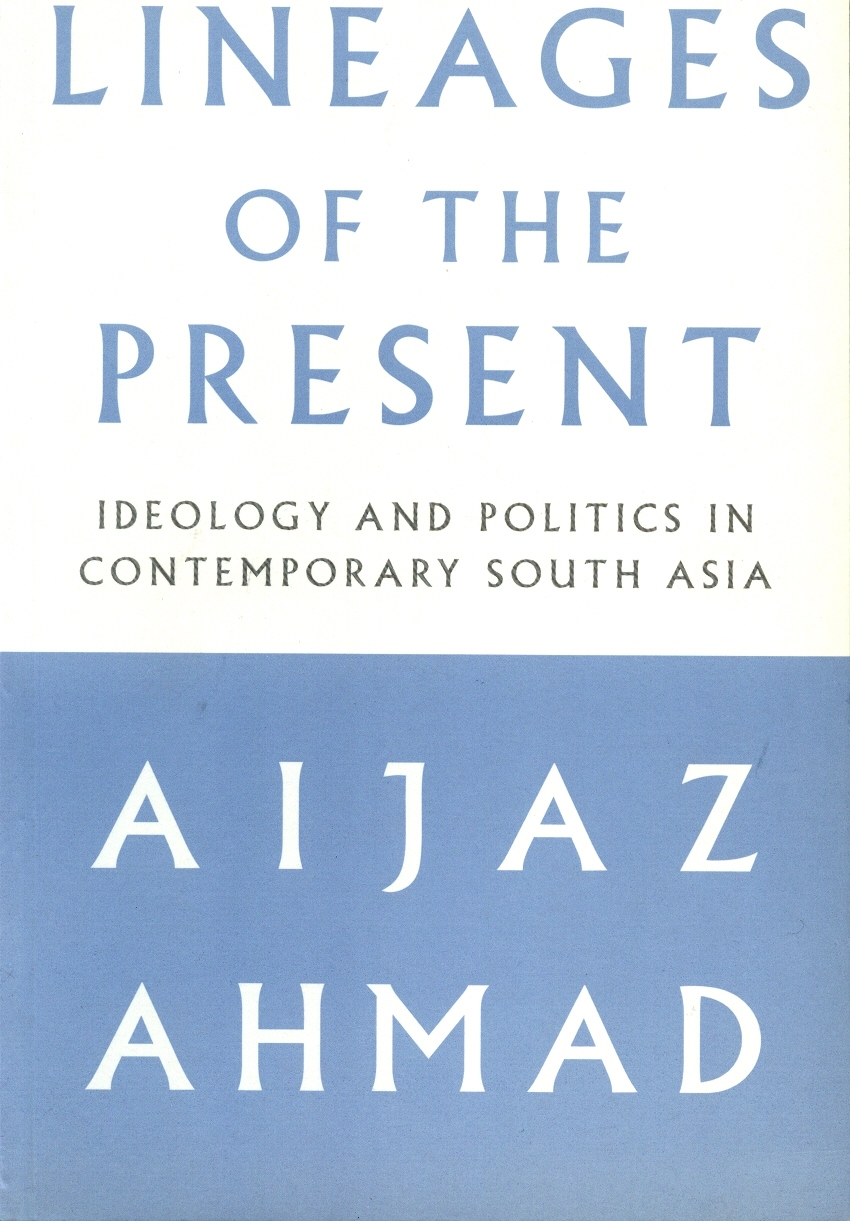 Lineages of the Present
by Aijaz Ahmad