When the Culture War *is* Class War

Organizing book workers, from the page to the pallet

In recent years, major publishing houses have pulled books by director Woody Allen, provocateur Milo Yiannopolous, and biographer Blake Bailey. They faced pushback for deals with vice-president Mike Pence, pseudo-guru Jordan Peterson, and philosopher Holly Lawford-Smith. Such events make it tempting to point to the book industry as another culture war battleground. But while it’s easy to slot events into the debate on “cancel culture” – and to invent new types of cancellations to be mad at – these can also be read as an index of something more: workers’ power and desire to shape the products of their labor.

Many of these controversies were furthered, if not precipitated, by workers on the inside, rather than external critics. Hachette, one of the big five US trade publishers, dropped Allen’s book after a staff walkout (read: strike). Employees at Oxford University Press recently delivered a petition asking management to reconsider its forthcoming publication of Lawford-Smith’s book Gender-Critical Feminism in light of her anti-trans political motivations. Hundreds at Simon & Schuster signed a petition against the memoirs of Mike Pence to no avail. Still, the company later decided to cancel a contract with Senator Josh Hawley owing to his alleged encouragement of the capitol riots on Jan 6, 2021, presumably to avoid more internal difficulties.

The question of what gets produced by a capitalist firm is typically the prerogative of management. This a sensitive, rarely touched nerve of the wage-relation. The attempted intervention of publishing workers in these cases is therefore a radical gesture. Why should workers be compelled to create and circulate products they find abhorrent? And why shouldn’t they use their collective power to confront their employers on this point? These materialist questions ought to displace the now warmed over debates on free speech and the “right” of establishment figures to even greater notoriety.

Struggles for this fundamental form of agency within publishing have taken place alongside others: for decent wages, job stability, and workplaces free of sexual harassment, for example. Unions have sprung up in the last year at Verso Books, Oxford University Press, and Duke University Press, and more are sure to come.

It’s an industry known for comparatively low wages and constant consolidation. In trade publishing, indies have been bought up by corporate houses, and corporate houses have bought up one another so that there may soon be only four big ones. When Penguin merged with Random House in 2013, the result was employees’ worst but most predictable nightmare, with layoffs rippling through the editorial offices, marketing and publicity, and the warehouses. More recently, Penguin Random House has attempted to buy Simon & Schuster. The deal is currently facing an antitrust lawsuit, but if it goes through, the new behemoth will control over 30% of the US market share.

Publishers, in turn, are ever more beholden to the power of one major online retail outlet – guess which – and uncertain about how best to profit off of new formats like ebooks and audiobooks. If their agglomeration has let them contest some of Amazon’s practices as a distributor, it’s also meant that the free market is providing ever less freedom to the workers they employ. Belts tighten, priorities change, and people are laid off with fewer and fewer alternatives.

Publishing is a difficult trade to break into. Employers can use this fact to their advantage when navigating employee demands, especially for newer entrants to the industry. If thousands of recently graduated Lit majors are minted each year and ready to grab your job, and there’s only a handful of other capitalists to work for, you have little leverage. In fact, you probably feel disposable. Working in a desirable industry has its benefits, I suppose, but as many culture and knowledge workers have discovered, “you can’t eat prestige.” And if prestige is all you have, why squander it by working on books by upstart fascists?

Despite major differences across the publishing world – between trade houses, university presses, independents, and mission-driven publishers – book workers are generally tied into a complex network linking other areas of the economy where workers have become similarly precarious. Academia, journalism, and cultural institutions funnel authors and content into the black box, while the final products pass through the retail, tech, and logistics sectors on the other side. Some of these areas are newly proletarianized, and others have been for a long time. Tellingly, however, workers are organizing all along this chain from ideation to delivery, suggesting the possibilities for a convergence among journalists, professors, shop workers, coders, and warehouse staff into a broader movement.

The tendrils of the industry, and thus the forces shaping the lives of workers, also extend far overseas. Typesetting, layout, printing, and binding are increasingly the purview of subcontractors who leverage global wage-differentials and economies of scale to prop up publisher margins while pocketing part of the difference. The big houses are still tied, however, to major cities in the Global North with cultural and social infrastructure that they can tap into. These hubs also have exorbitant costs of living. In theory, at least, this means they have to pay workers more, which also incentivizes outsourcing everything else. A standard arrangement is editorial and marketing in New York or London, and production in Chennai. In between, copy editing may be outsourced to someone in “right-to-work” North Carolina for whom the company does not have to provide health insurance.

As is true everywhere, supply chain issues are rife in the book world, exposing the global, print-on-demand publishing firm’s character as a material system – not just a cognitive enterprise. In an extreme example, Penguin Random House had to push back a release date when it lost a shipload of cookbooks at the bottom of the sea. More intentional forms of intervention within these supply chains are also emerging: the recently-unionized Amazon workers of Staten Island have shown the way to all of us, even if we work in offices instead of factories. The complexities of the publishing supply chain are an obstacle to industry-wide worker organization, but also promise something powerful. If books are tied to many of the largest employers in the country, from universities to retailers, then the effect of our organizing might be greater than the sum of our shopfloor grievances. And if we can link up and get it right, new expressions of working class power and solidarity may be on the horizon.

Robert Crabe is an editor at an academic press living in Brooklyn. 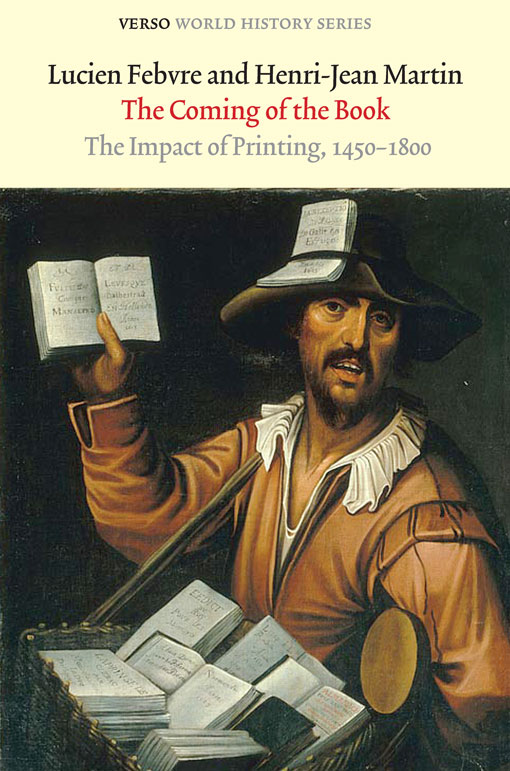