Nothing 'mindless' about these riots—Dan Hind

Dan Hind, author on The Return of the Public and The Threat to Reason, writes for Al Jazeera about the recent rioting across Britain.

Although cautious of the fact that any single, unified explanation for this civil unrest is unlikely to be forthcoming, Hind urges that we cannot treat recent events as mere 'mindless' violence, devoid of political or social meaning.

[..]broadly, any breakdown of civil order is inescapably political. Quite large numbers of mostly young people have decided that, on balance, they want to take to the streets and attack the forces of law and order, damage property or steal goods. Their motives may differ - they are bound to differ. But their actions can only be understood adequately in political terms.

Hind notes that although the rioting may take on the guise of political meaning through the opportunism of politicians and commentators;  root causes are at risk of being ignored in the sensationalist media reporting and political point-scoring that will undoubtedly emerge in the aftermath of the unrest.

Highlighting the high rates of youth unemployment, economic inequality, and cuts to youth services, the article draws attention to the deeper meaning of the riots. Speaking of these issues, Hind writes:

All this is the consequence of decisions made by governments and there is little hope of rapid improvement. The same politicians now denouncing the mindless violence of the mob all supported a system of political economy that was as unstable as it was pernicious. They should have known that their policies would lead to disaster. They didn't know. Who then is more mindless?

[...]Those who want to see law and order restored must turn their attention to a menace that no amount of riot police will disperse; a social and political order that rewards vandalism and the looting of public property, so long as the perpetrators are sufficiently rich and powerful.

Visit Mother Jones for a basic summary of the causes and effects of the rioting, including a reference to Dan Hind's Al Jazeera piece. 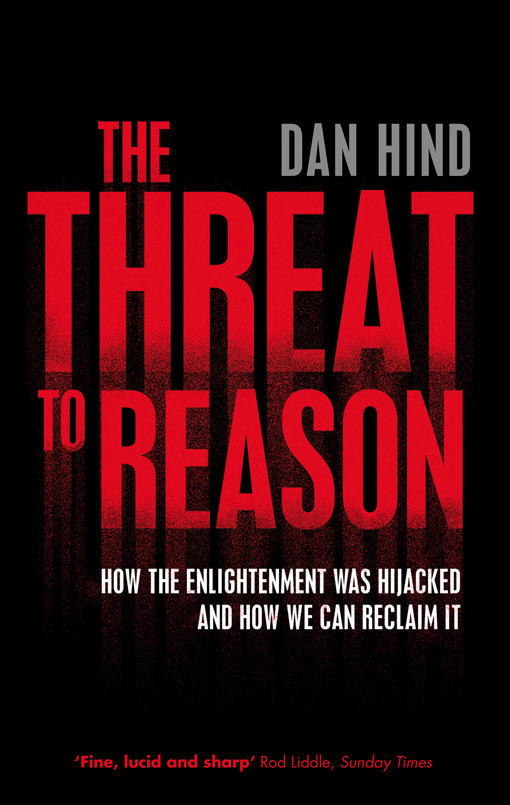 The Threat to Reason
by Dan Hind