The last issue of the Jewish Quarterly features an insightful review of Esther Benbassa's Suffering as Identity: The Jewish Paradigm by Devorah Baum. The book, she writes, is "invaluable for both its political deconstruction of victimhood and its recollection of the lesser known, non-lachrymose history of the Jews."

In the review, Baum touches on the key points of Benbassa's book: the idea that shared suffering can be a powerful catalyser of collective identity; the emergence of a collective narrative of Jewish history as "lachrymose" that has also become a "model to imitate" for other oppressed groups; the relationship between Jewish historiography and religion; and the influence of the Christian tradition on the self-representation of Jewish communities:

this influence has only increased in the modern period, particularly post-war when Jews have often appeared in Jewish and Christian responses to Auschwitz as a martyred people whose martyrdom has been consistently compared to the figure of the suffering of Christ.

The reviewer also points to Benbassa's critique of Holocaust historiography. Baum concurs with Benbassa's "plea for a return to serious historical analysis and research," even though she does not agree with "all her suggestions:"

Readers of this book may recognise its forensic examination of the misuses to which Holocaust memory has been put in Israel, where successive generations of politicians have framed the country's security needs in terms of an existential threat recalling the European genocide. Benbassa puts this down to a failure of historical understanding regarding the Holocaust that has contributed to the state's continued insensitivity to other suffering subjects, and particularly those with whom it has engaged in conflict. Warning against the effort to link present events to Holocaust memory, Benbassa notes that nothing is more unstable than the identity of the victim: "Victims can so easily change sides!" 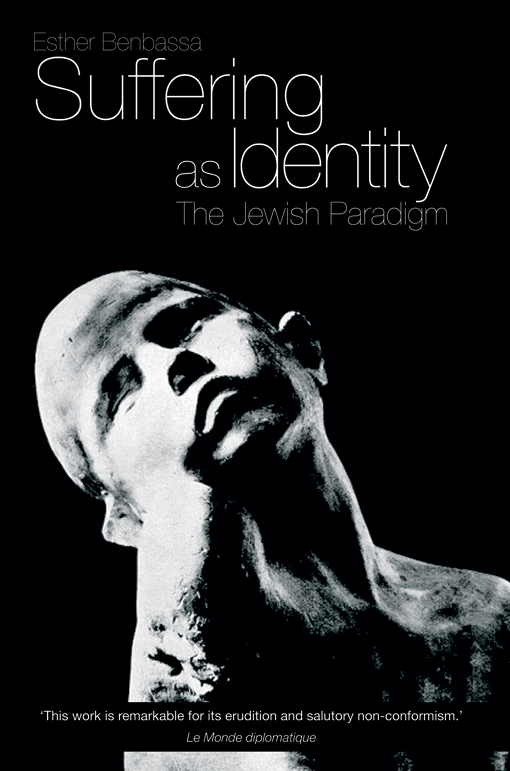