We are sad to announce the death on 10th February of Ronald Fraser, the most distinguished English historian of Spain, and a member of the New Left Trust. Ronnie played a huge part in helping to establish, first New Left Review (as its Business Manager in 1963) and later New Left Books, the parent company of Verso in 1969. Till the very end he kept a watchful, if distant, eye on both institutions.

From the very beginning he was a great exponent of interviewing working people (in Britain) and peasants (in the villages of Andalucia) as a way to create a new historical archive based on the experiences of the subaltern classes. The existence of both New Left Review and Verso owes a great deal to his business skills at a time when left intellectuals regarded money matters as ‘vulgar' and not worth too much thought.

In the near future we will be organising an evening in London to pay homage to his work. In the meantime the tribute he would have greatly appreciated was a new generation of scholars and activists finding a way to his books.

UPDATE: His obituary in the Guardian, written by Tariq Ali.

UPDATE 22nd Feb: His obituary in the Washington Post, written by Matt Schudel.

For writing by Ronald Fraser, see below. 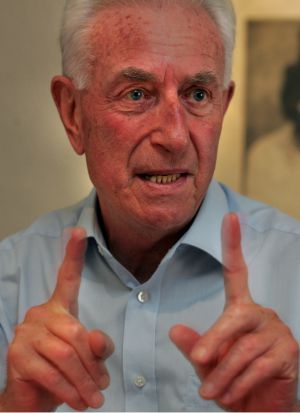 We re-publish here two pieces by Ronald Fraser that bookended his series of interviews on work published in New Left Review in the 1960s. 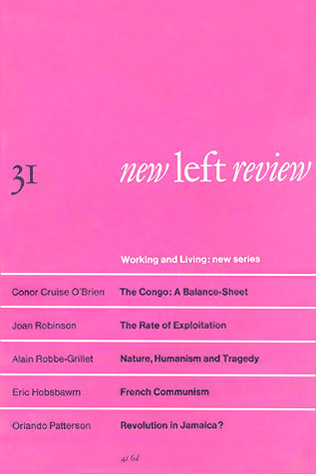 ‘The worker feels himself at home only outside his work and feels absent from himself in his work. He feels at home when he is not working, and not at home when he is working. His work is not freely consented to, but is a constrained, forced labour. Work is thus not a satisfaction of a need, but only a means to satisfy needs outside of work.'

In these terms Marx analysed work relations over a century ago, at a time when the physical conditions of work were, almost everywhere brutal and dehumanizing. From a contemporary perspective, this description of work during the Industrial Revolution cannot fail to ring true: forced labour was indeed the condition of the working class. But it is hardly necessary to recall that Marx was not engaged solely in a description of working conditions in his time; the purpose of his critique was to pierce the opaqueness of the capitalist system and to reveal those aspects-including the relations and purpose of work-that were fundamental to it.

In our epoch of the so-called second Industrial Revolution, when ‘human relations engineering' is said to have resolved such problems, it is critically important to enlarge our knowledge of the experience and meaning of work. Have work relations changed significantly, is the worker now ‘at home' in his work, has work become a free, creative activity? Or is it still a means to satisfy needs outside of work, a forced activity whose purpose (and product) lies beyond the worker in a system he does not control?

Rather than try to provide the answers in an analytical study of work relations in neo-capitalist society, we are proposing to publish a series of personal accounts of work, written specially for NLR, over several issues. These accounts are expressly subjective in form, for we are concerned here with the feeling of work, work as it modifies and shapes people's experience of life, their relations with others, their leisure, their aspirations and assumptions. These accounts will, of course, differ widely. Some contributors, as our first article shows, experience their work as a life wasted; others find satisfactions which make their work rewarding, the job interesting. But whatever the differences, one fact remains fundamental; even in an ‘affluent' society, work is the primary activity by which not only society but man is produced.

Whether these accounts answer the major human questions will remain for the reader to judge. It is however, worth noting, that capitalism has engendered the view that work is ‘only a means to satisfy needs outside work'. But the truth is that the satisfaction of these needs does not take place in a vacuum divorced from the productive system) these needs, and the means of their satisfaction, are moulded by that system. Consumer and producer are one person. And it is in the producer, whose role it reduced to passive participation, that capitalism is largely able to create the passive consumer it requires to buy whatever is most profitable to produce. This passivity does not, of course, preclude the individual from deriving a sense of satisfaction from the use of his skills; it points rather to a contradiction between the active creativity of work and the purpose which is assigned to it.

A great deal has been written about the ‘embourgeoisement' of the working class; very little by contrast about the ‘proletarianization' of the middle class. White collar work appears increasingly to be becoming part of a process over which the white collar worker has no control, in which he is equally divorced from what is produced, in which he is aware of his work as alien to him and his needs. It is to explore this field more fully that we are devoting a part of this work series to the experiences of white collar workers.

Finally, the experiences of the capitalist are worth noting; his anxieties, frustrations and satisfactions are as revealing of the condition and purpose of work as many others.

These accounts will speak for themselves. Their style is personal and diverse, and we have not tried to impose any form on them. If any of our readers feel that they have something to say on the subject, we should be glad to hear from them. For it is increasingly important for socialists to engage with the problem and purpose of work-a purpose which shapes the quality of the society we live in.

With the present essay we are ending the series on Work which NLR inaugurated nearly four years ago. Since then we have published some 50 personal work accounts-half in the Review and the remainder in Work (Pelican Original, January 1968) and its successor Work Volume 2 which has just appeared from the same publishers.

The widespread interest in this series points to the lack of occasion under monopoly capitalism for serious individual expression of the meaning and purpose of work. This lack, which we have tried in part to make good, is hardly fortuitous; the extent of bourgeois hegemony is manifested in the individual's interiorizations of its daily routines, in acquiescence to its fundamental assumptions. The capitalist work rationale is central to this. To talk about work other than instrumentally is, however fragmentarily, to question its hasic capitalist nature rather than solely its inequitable economic returns.

A large number of these essays were deliberately solicited from and written by non-socialists. What can be learnt from them? That work for many remains a constrained, forced activity, a time of dissatisfaction, of wasted opportunities, of unfulfilled potential? This hardly needs stressing. More to the point is the expression-sometimes explicit, more often implicit-of the need felt for control, control not only of the work process but of the purpose of work. In the individual's demands, often seen in terms of status, money and self-respect, the social nature of work is clearly posed. The basic capitalist contradiction between work that is inherently social and that yet remains controlled for private and sectional ends is, in these essays, a lived experience for many.

The concluding essay is an eloquent reminder of the many accounts of this theme. As the bourgeois vision of work remains an integral part of its hegemony, so the hopes and partial demands expressed in essays like these must be integrated in the vision of a socialist hegemony-a hegemony which, in destroying capitalist rationality, creates a society which will shape the necessity of work in accord with human needs.

See other articles by Ronald Fraser in New Left Review. 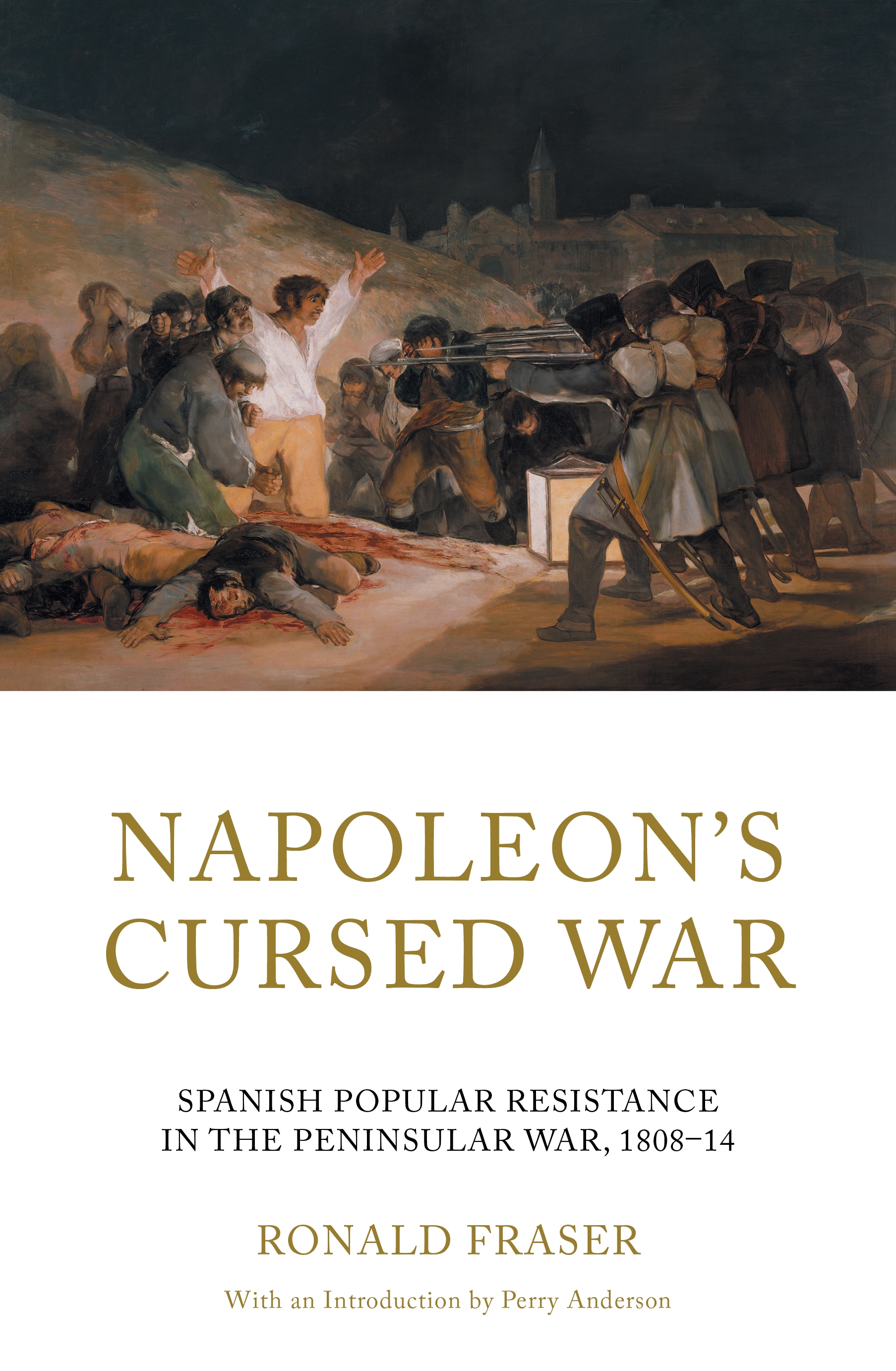 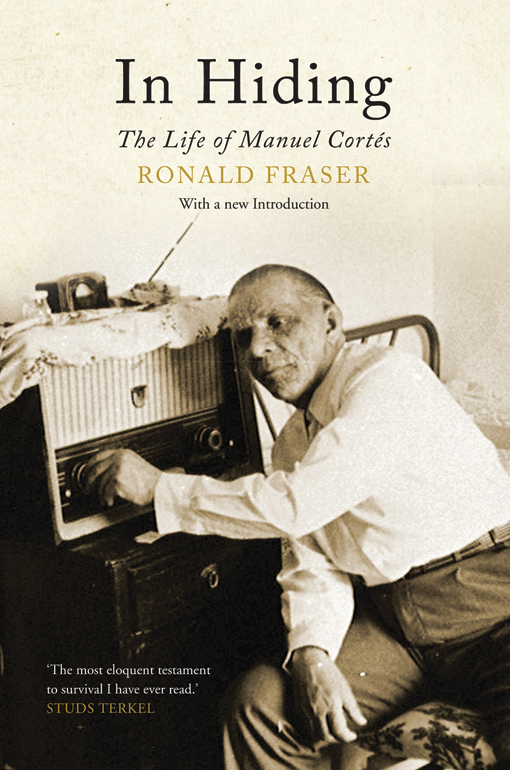 In Hiding
by Ronald Fraser 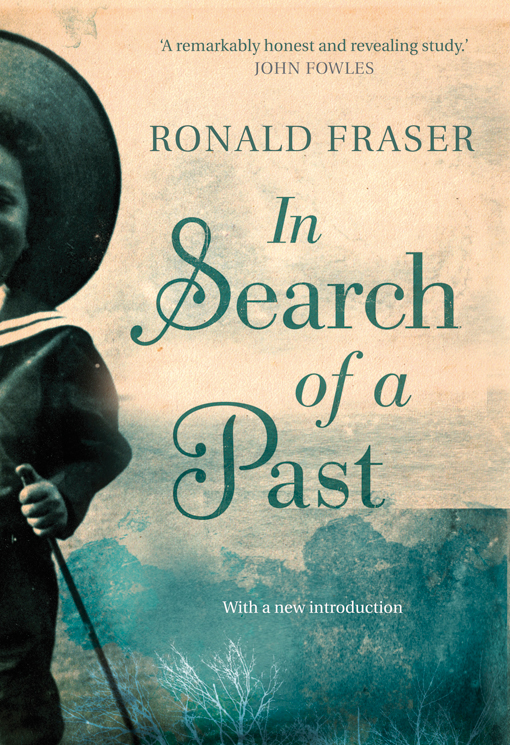