"Despite repression, despite concessions" - Immanuel Wallerstein on what the Arab Spring can learn from 1968

Immanuel Wallerstein, writing for Al Jazeera, argues that the spirit of 1968 flows through Arab Spring and Occupy movement, but warns that its counter-current is attempting to suppress real change.

Wallerstein, co-author of Anti-Systemic Movements, argues that the Arab Spring is composed of "two quite different currents" that are "going in radically different directions," - something that has not be been fully analysed. Understanding this division is key to negotiating a sustainable resistance.

Wallerstein identifies one of these currents as "the 1968 current", or the "second Arab revolt" which aims to "achieve the global autonomy of the Arab world" that was prevented by Franco-British measure during the "first Arab revolt". Arguing that the Arab Spring is the heir of the "world revolution of 1968," Wallerstein points out that both movements are rooted in anti-authoritarianism and rejection of corrupt power systems. He writes that, like the rebels in the Arab world,

the revolutionaries of 1968 were protesting against the inherently undemocratic behaviour of those in authority. This was a revolt against such use (or misuse) of authority at all levels: the level of the world-system as a whole; the level of the national and local governments; the level of the multiple non-governmental institutions in which people take part or to which they are subordinated (from workplaces to educational structures to political parties and trade-unions).

It not only the revolt against corrupt power structures that Wallerstein recognises from 1968, but the modes of organising. Like the Occupy movement today, "the 1968-revolutionaries were against vertical decision-making and in favour of horizontal decision-making - participatory and therefore popular." These two factors, combined with the influence of non-violent resistance inherited from Gandhi, Luther King and Thoreau, and the empowering of "forgotten peoples" previously marginalised from political activity, prompt Wallerstein to argue that the "1968 current" can be seen at work in Egypt, Tunisia and beyond. It is this, he suggests, that has unsettled the powerful everywhere,

The rapid public embrace of this current...terrified those in power - the rulers of every Arab state without exception, the governments of the "outside" states who were an active presence in the geopolitics of the Arab world, even the governments of very distant states.

However, Wallerstein is quick to point out that challenging corrupt power structures is never simple. "Make no mistake about it," he writes, "all regimes want, above all, to stay in power." It is this fact that has created the second current at work in the Arab Spring, a current that involves all important geopolitical actors in an attempt to "divert collective activity in the Arab world," through "repression, concessions and diversion", in order to secure their own interests. This current expresses itself through a variety of tactics. As Wallerstein puts it,

One way to stay in power is for some of those who are in power to join the uprising, casting overboard a personage who happens to be the president or ruler in favour of the pseudo-neutral armed forces. This is exactly what happened in Egypt. It is that about which those who are today reoccupying Tahrir Square in Egypt are complaining as they seek to reinvigorate the "1968 current".

It is not only in Arab states that this second reactionary current has found expression. Wallerstein sees its influence in the actions of France, Great Britain and the US in Libya.

France and Great Britain - the fading ex-colonial powers-... were both badly caught with their pants down in Tunisia and Egypt. Their leaders had, as individuals, been personally profiting from the two dictatorships. They not merely supported them against the uprising, but actively counselled them on how to repress...Despite the degree to which these two countries (and others) had engaged in profitable business in Libya for at least a decade, they suddenly discovered that Gaddafi was a terrible dictator, which no doubt he was. They set out to redeem themselves by open military support for the Libyan rebels.

Wallerstein concludes his analysis on a hopeful note arguing that, "The ‘1968 current' is expanding - despite repression, despite concessions, despite co-option." While the leaders of the powerful nations have been involved in geo-political "juggling" over their response to the Arab Spring, rebellion has spread worldwide,

the Arab Spring has become simply one part of what is now very clearly a worldwide unrest occurring everywhere: Oxi in Greece, indignados in Spain, students in Chile, the Occupy movements that have now spread to 800 cities in North America and elsewhere, strikes in China and demonstrations in Hong Kong, multiple happenings across Africa.

Wallerstein leaves those who believe that world unrest is simply a "passing moment" with a warning: the "1968 current" will no longer be so easily contained.

Visit the Al Jazeera to read the article in full. 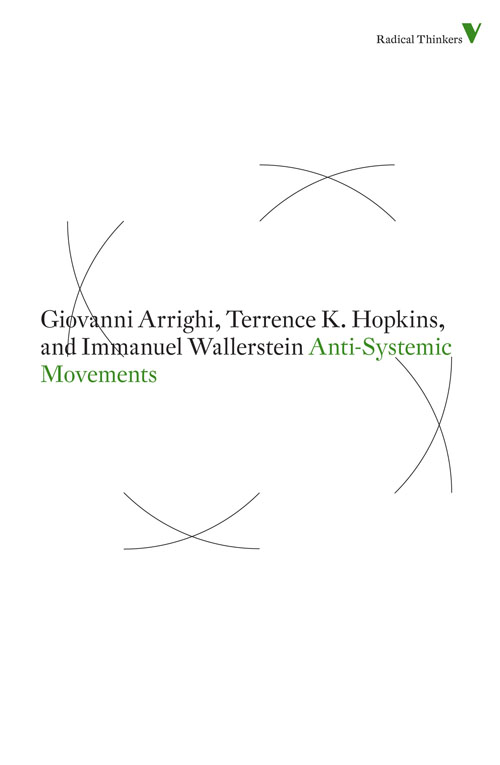