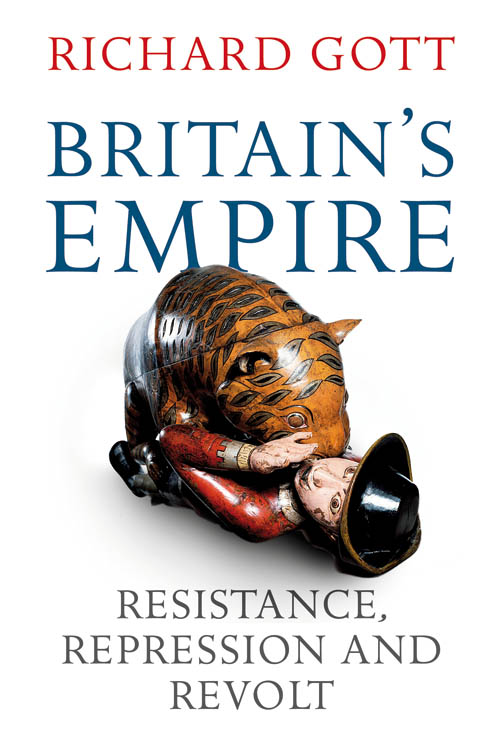 This revelatory new history punctures the still widely held belief that the British Empire was an enlightened and civilizing enterprise of great benefit to its subject peoples. Instead, Britain’s Empire reveals a history of systemic repression and almost continual violence, showing how British rule was imposed as a military operation and maintained as a military dictatorship. For colonized peoples, the experience was a horrific one—of slavery, famine, battle and extermination.

Yet, as Richard Gott illustrates, the empire’s oppressed peoples did not go gently into that good night. Wherever Britain tried to plant its flag, there was resistance. From Ireland to India, from the American colonies to Australia, Gott chronicles the backlash. He shows, too, how Britain provided a blueprint for the genocides of twentieth-century Europe, and argues that its past leaders must rank alongside the dictators of the twentieth century as the perpetrators of crimes against humanity on an infamous scale. In tracing this history of resistance, all but lost to modern memory, Richard Gott recovers these forgotten peoples and puts them where they deserve to be: at the heart of the story of Britain’s empire.

“A welcome, even necessary, corrective.”

“A pungent and provocative book ... a rich compendium of revolt.”

“Richard’s book is a relentless chronicle of resistance to British rule and the brutality with which that resistance was suppressed.”

“A salutary counterblast and a goodbye to all that Niall Ferguson and his ilk would like to establish as the official history to be taught in British schools.”

“Throughout its history the British Empire was drenched in blood. Gott’s book makes an indispensable contribution towards establishing this truth.”

“Gott's achievement is to show, as no historian has done before, that violence was a central, constant and ubiquitous part of the making and keeping of the British empire.”

“Can this really be us?”—Who We Are and How We Got Here