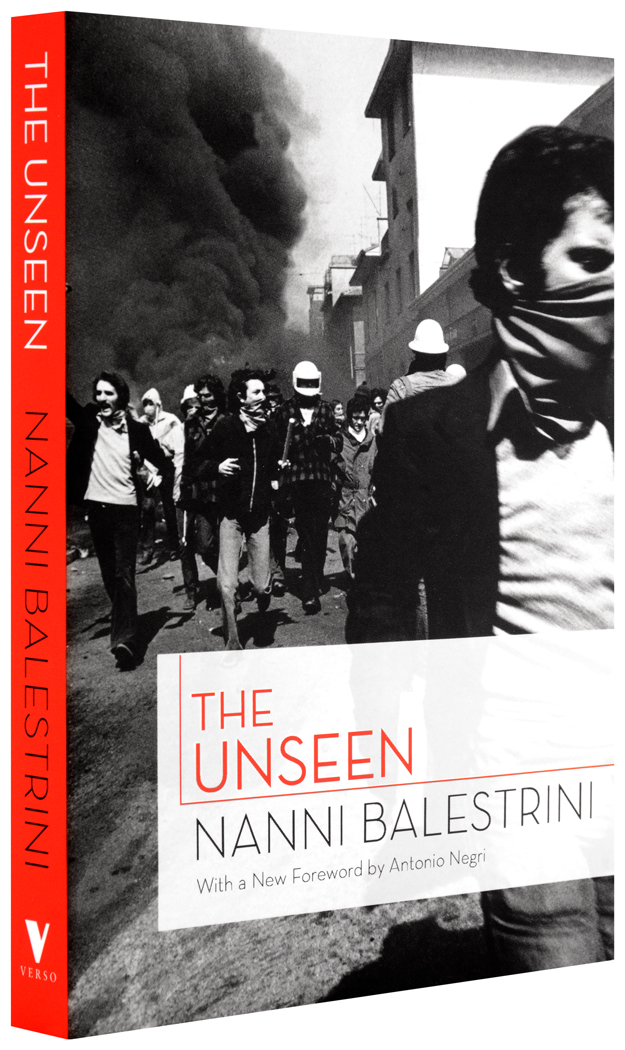 An epic joyful and explosive insurrection from the poet of youth rebellion.

For a brief explosive period in the mid-1970s, the young and the unemployed of Italy’s cities joined the workers in an unexpectedly militant movement known simply as Autonomy (Autonomia). Its “politics of refusal” united its opponents behind draconian measures more severe than any seen since the war.

Nanni Balestrini, the poet of youth rebellion, himself a victim of that repression, has invented a remarkable fictional form to express the hopes and conflicts of the movement. In spare but vivid prose, The Unseen follows Autonomy’s trajectory through the eyes of a single working-class protagonist—from high-school rebellion, squatting and attempts to set up a free radio station to arrest and the brutalities of imprisonment. This is a powerful and gripping novel: a rare evocation of the intensity of commitment, the passion of politics.

“The Unseen isn’t documentary writing, but it tells us far more than any documentary about a troubled phase in our history; how it was experienced, and most of all how it was lived in the imagination.”

“Not just a beautiful novel...it is the story of part of a generation in our country, who dreamed a different future and believed in it, believed in the possibility of making it real.”

“What [Balestrini] narrates is not a fairy tale, but a terrifying experience. Not just his own, but also that of a lost generation who thought possible another world beside the world, who dreamt of workers’ power, of autonomy, who revolted against everything, school, family, clergy, political parties, “historical compromise,” State, police, boredom . . . The Unseen is, perhaps, the first true novel of the European Left.”

“Balestrini offers a very lucid document, which is both the memory and the assessment of a disoriented generation. The Left now has its novel.”

“We should be grateful to Nanni Balestrini for having engaged his writing with this cruel sentimental education of a young man living in the seventies.”

“The political passion of the rebel Balestrini is equalled by his literary vocation...the finale is not unworthy of Bontempelli or Calvino.”

“The political passion of the rebel Balestrini is equalled by his literary vocation...the finale is not unworthy of Bontempelli or Calvino.”

“A work of high literary quality. Among many novels and elegantly crafted pieces of fiction...The Unseen has the courage to face an incandescent matter of reality, rich in implications that involve not only the literati but also a wider public.”

The Landing: Fascists without Fascism

Fiat Has Branded Me: A Hot Autumn Timeline for Nanni Balestrini’s We Want Everything