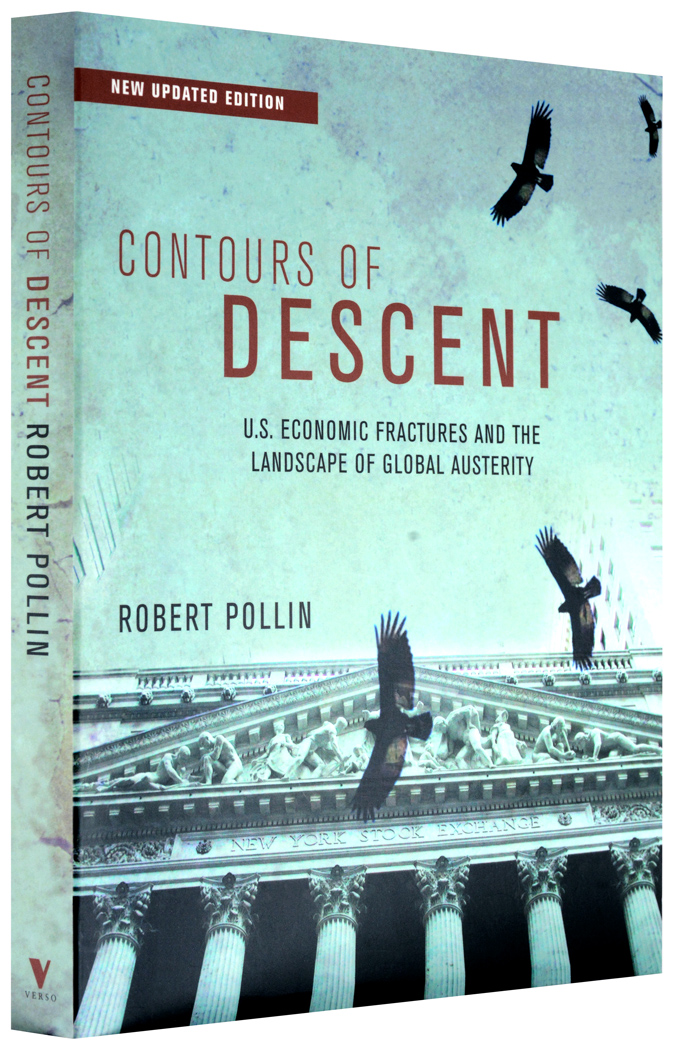 How US and IMF policies lavish favors on multinationals and capitalists, while allowing living standards for ordinary people to fall.

In the past twenty-five years the free-market neoliberal model has been hailed as a panacea for economic ills in both the advanced economies and the developing world. Pollin dissects this model as it has been implemented in the US during the Clinton and Bush administrations under Greenspan's Chairmanship of the Federal Reserve, and in developing countries under the auspices of the IMF.

Clinton's Third Way policies were hailed as combining a pro-business stance with social responsibility. This approach seemed to be vindicated by the extraordinary fall in both inflation and unemployment. In fact, the apparent successes of the Clinton years were based on anti-labor policies, the stagnation of real wages, deregulation of financial markets, and an historically unprecedented stock market boom. Even before 9/11 there were indications that the Clinton bubble would collapse into recession. Bush's response was to give big tax breaks to the rich, introduce more anti-labor measures, and cut social spending at both the federal and state levels.

Both Clinton and Bush have applied free-market policies only selectively within the US itself, when such policies have most benefited the interests of business. At the same time, through the IMF, the US has compelled developing countries to slash public spending, deregulate financial markets and dismantle trade barriers virtually across the board. Argentina's embrace of this policy package culminated in financial ruin. Throughout Asia and Africa, sweatshops and poverty are the testaments to a bankrupt economic model.

Pollin concludes by exploring concrete proposals that would promote full employment, economic growth and increased equality in the US and throughout the less developed countries, drawing ong the spreading movements for living wages, the Tobin Tax on financial speculation, and more generally workable alternatives to neoliberal globalization.

“Contours of Descent is lucid economics as if reality matters. Cutting through the myths, hype and diversionary corporate-side indicators, Professor Pollin lays out an agenda to turn around the economy that is increasingly disconnecting from millions of workers and their well-being. A laser-beam exposure of globalization as defined by the World Bank, the IMF, Alan Greenspan and the corporate supremacists.”

“Robert Pollin's readable and sharply argued book is an excellent guide to the reality of recent US economic policy and its global implications.”

“Pollin writes with great clarity and a total lack of dogmatism ... Above all, Pollin is committed and he does not pull his policy punches.”

“This insightful book dissects the consequences of the neoliberal revolution of the 1990s, and offers valuable lessons for the neophyte and professional economist alike.”

“Professor Pollin is one of the leading heterodox economists in the US. His rigorous and insightful analysis convincingly demonstrates that Clinton and Bush as well as the IMF have each followed fundamentally similar neoliberal economic policies to the detriment of people in the US and the developing world. Importantly, the book also outlines an alternative policy program for building a prosperous US and world economy. It is a 'must read' for those who wish to understand recent developments in the US and the world economy.”

“Contours of Descent does a great job in making current U.S. and global economic issues accessible to the average reader. Pollin presents a clear discussion of what he terms ‘the Marx Problem,’ ‘the Keynes Problem,’ and ‘the Polanyi Problem,’ as they apply both in the U.S. under Clinton and Bush, and in the developing countries. Most importantly, the book ends by demonstrating that ‘another path is possible’ — sketching a workable egalitarian policy agenda in both the U.S. and developing country context, focused on full employment, defending workers rights, and regulating financial markets.”

“A major new book by the eminent US economist Robert Pollin ... does an excellent job of demystifying the true nature of boom and bust in the US and clearly identifying the effects on different sectors of US society as well as on the rest of the world. In addition to this critical assessment, Pollin goes beyond analysis in seriously putting forward alternative economic policies. What is even more important is that he manages to do this in a lucid and highly readable style, which makes the book very approachable for the non-economist.”

“I strongly urge you to read Robert Pollin's Contours of Descent.”

“This is a book sophisticated enough to be of interest to those with economics training, but written in a comprehensible and popular style, so that without sacrificing rigor it will be accessible to any interested reader.”

“Pollin is a people's economist who presents complex economic issues in a comprehensible form and helps the reader sift through the class biases of conventional economics.”

“Robert Pollin has succeeded admirably in debunking the celebratory tone that seemed to have infected most journalists and too many economists during the late 1990s.”