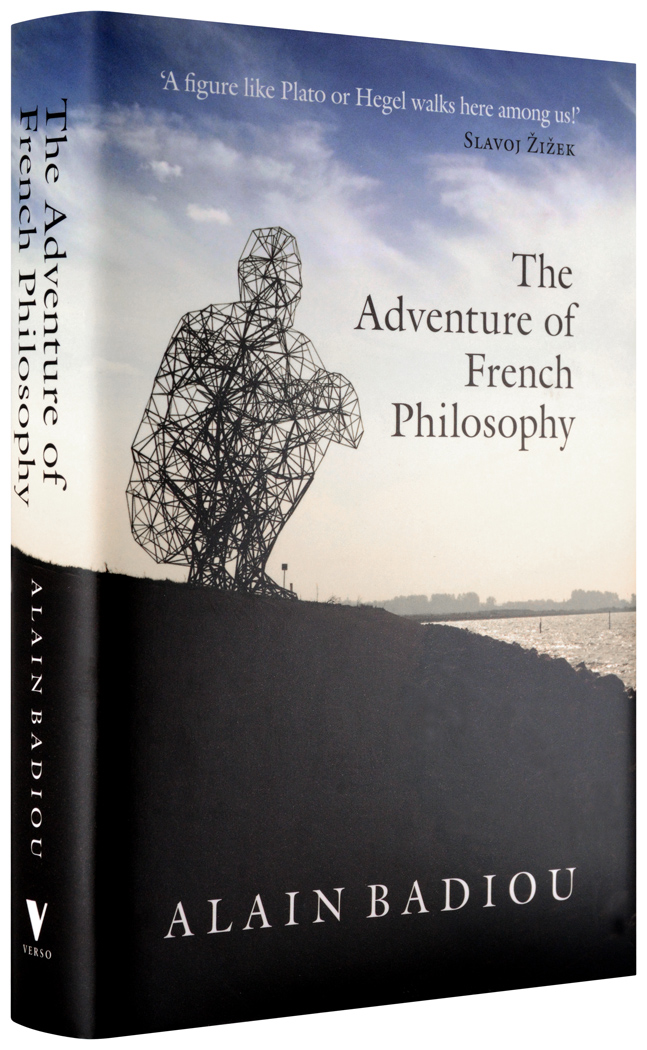 Over forty years of French philosophy through the eyes of its greatest living exponent.

The Adventure of French Philosophy is essential reading for anyone interested in what Badiou calls the “French moment” in contemporary thought.

Badiou explores the exceptionally rich and varied world of French philosophy in a number of groundbreaking essays, published here for the first time in English or in a revised translation. Included are the often-quoted review of Louis Althusser’s canonical works For Marx and Reading Capital and the scathing critique of “potato fascism” in Gilles Deleuze and Félix Guattari’s A Thousand Plateaus. There are also talks on Michel Foucault and Jean-Luc Nancy, and reviews of the work of Jean-François Lyotard and Barbara Cassin, notable points of interest on an expansive tour of modern French thought.

Guided by a small set of fundamental questions concerning the nature of being, the event, the subject, and truth, Badiou pushes to an extreme the polemical force of his thinking. Against the formless continuum of life, he posits the need for radical discontinuity; against the false modesty of finitude, he pleads for the mathematical infinity of everyday situations; against the various returns to Kant, he argues for the persistence of the Hegelian dialectic; and against the lure of ultraleftism, his texts from the 1970s vindicate the role of Maoism as a driving force behind the communist Idea.

“French philosophy still has a kick in it, and it can still turn heads. You have been warned.”

“One of the most important philosophers writing today.”

“A figure like Plato or Hegel walks here among us!”

“An heir to Jean-Paul Sartre and Louis Althusser.”

“Focused and illuminating, technical and deft.”

“A series of snapshots of how Badiou participates in and understands what…we might call the post-1960s moment in French philosophy.”