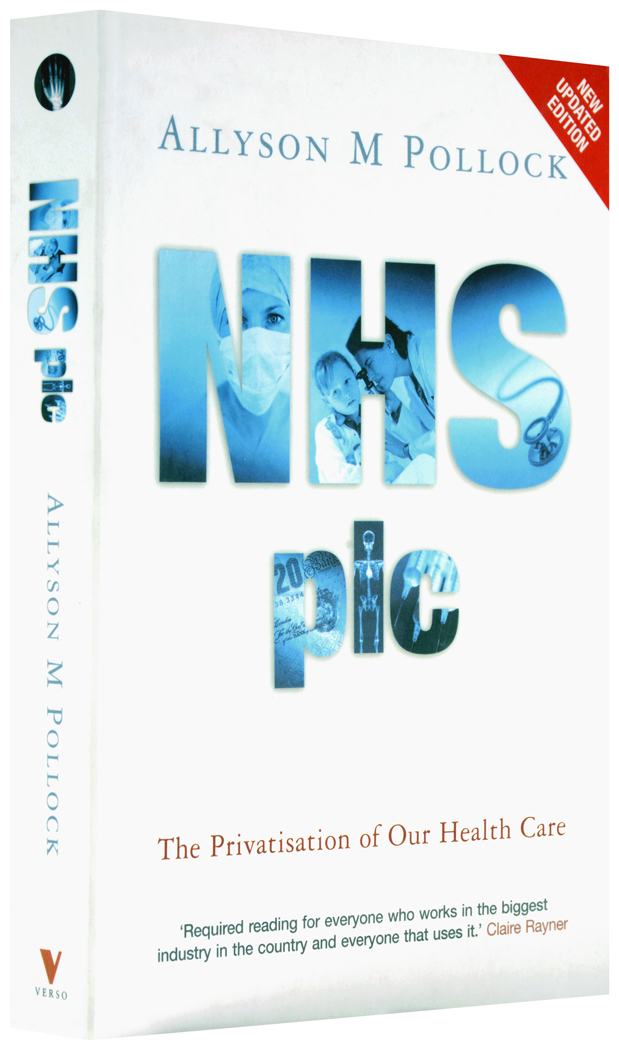 How the ideal of universal healthcare was eroded by the application of market principles.

Universal, comprehensive health care, equally available to all and disconnected from income and the ability to pay, was the goal of the founders of the National Health Service. This book, by one of the NHS’s most eloquent and passionate defenders, tells the story of how that ideal has been progressively eroded, and how the clock is being turned back to pre-NHS days, when health care was a commodity, fully available only to those with money.

How this has come about—to the point where even the shrinking core of free NHS hospital services is being handed over to private providers at the taxpayers’ expense—is still not widely understood, hidden behind slogans like “care in the community,” “diversity” and “local ownership.” Allyson Pollock demystifies these terms, and in doing so presents a clear and powerful analysis of the transition from a comprehensive and universal service to New Labour’s “mixed economy of health care,” in which hospitals with foundation status, loosely supervised by an independent regulator, will be run on largely market principles.

The NHS remains popular, Pollock argues, precisely because it created the “freedom from fear” that its founders promised, and because its integrated, non-commercial character meant low costs and good medical practice. Restoring these values in today’s health service has become an urgent necessity, and this book will be a key resource for everyone wishing to to bring this about.

“An excellent guide, not only to the woes of the NHS but, by extension, to those of all the public services in Britain. ... It is a lamentable tale of private enterprise without enterprise, and public expenditure without public purpose.”

“This is a shocking story, brilliantly told.”

“A tale that demands to be read by every person in this country who has a stake in the NHS and the remnants of the welfare state, and indeed, everyone with democratic instincts ... told with lucid and detailed authority.”

“Allyson Pollock confirms suspicions that something is rotten in the state of the UK's health system. NHS plc should be required reading for every clinician and patient in the UK.”

“Pollock applies a remorseless logic that is hard to resist ... a stimulating and powerful argument.”

“A brave, necessary book. And because you know the government thinks you shouldn’t read it, you probably should.”

“Required reading for everyone who works in the biggest industry in the country and everyone that uses it.”

The Man who Closed the Asylums - "a fascinating, nuanced narrative"

Letters: Corbyn is the obvious choice for Labour