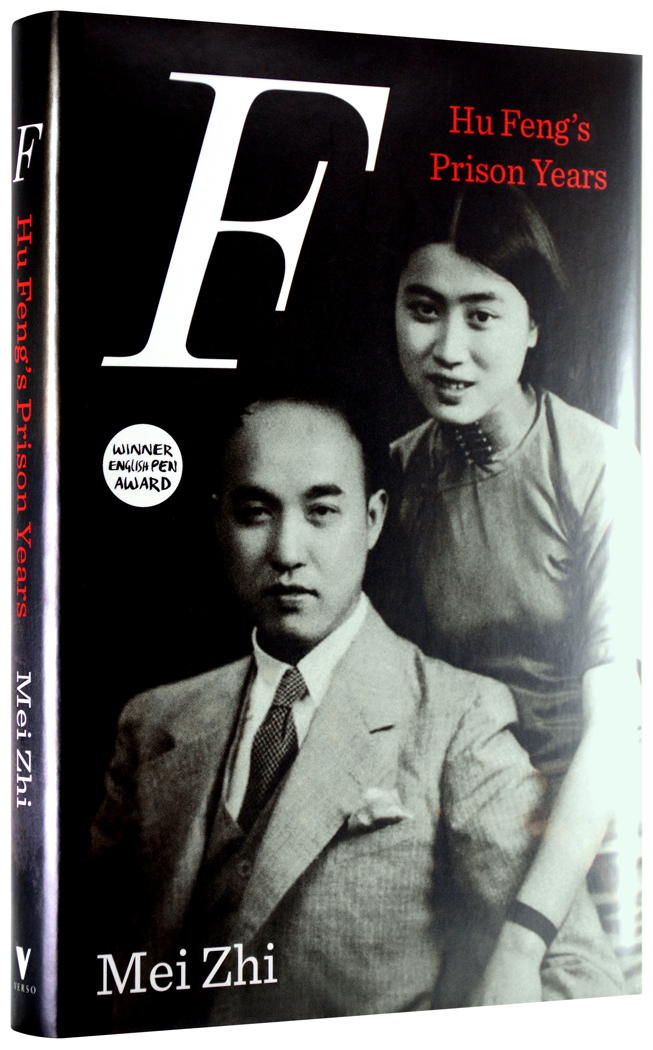 China's first literary dissident's Kafkaesque journey through the prisons of the Cultural Revolution.

His wife, Mei Zhi, shared his incarceration for many years. F is her account of that time, beginning ten years after her and Hu Feng’s initial arrest. She herself was eventually released, after which she navigated the party’s Byzantine prison bureaucracy searching for his whereabouts. Having finally found him, she voluntarily returned to gaol to care for him in his rage and suffering, watching his descent into madness as the excesses of the Cultural Revolution took their toll.

Both an intimate portrait of Mei Zhi’s life with Hu Feng and a stark account of the prison system and life under Mao, Fis at once beautiful and harrowing.

With support from English PEN

This book has been selected to receive financial assistance from English PEN’s Writers in Translation programme supported by Bloomberg. English PEN exists to promote literature and its understanding, uphold writers’ freedoms around the world, campaign against the persecution and imprisonment of writers for stating their views, and promote the friendly co-operation of writers and free exchange of ideas. For more information visit www.englishpen.org.

“What kind of people are those we don't execute? We don't execute people like Hu Feng ... not because their crimes don't deserve capital punishment but because such executions would yield no advantage ... Counterrevolutionaries are trash, they are vermin, but once in your hands, you can make them perform some kind of service for the people.”

“A brilliant literary writer and critic ... [F: Hu Feng’s Prison Years] is a vivid portrayal of the suffocating intellectual life of Mao’s years.”