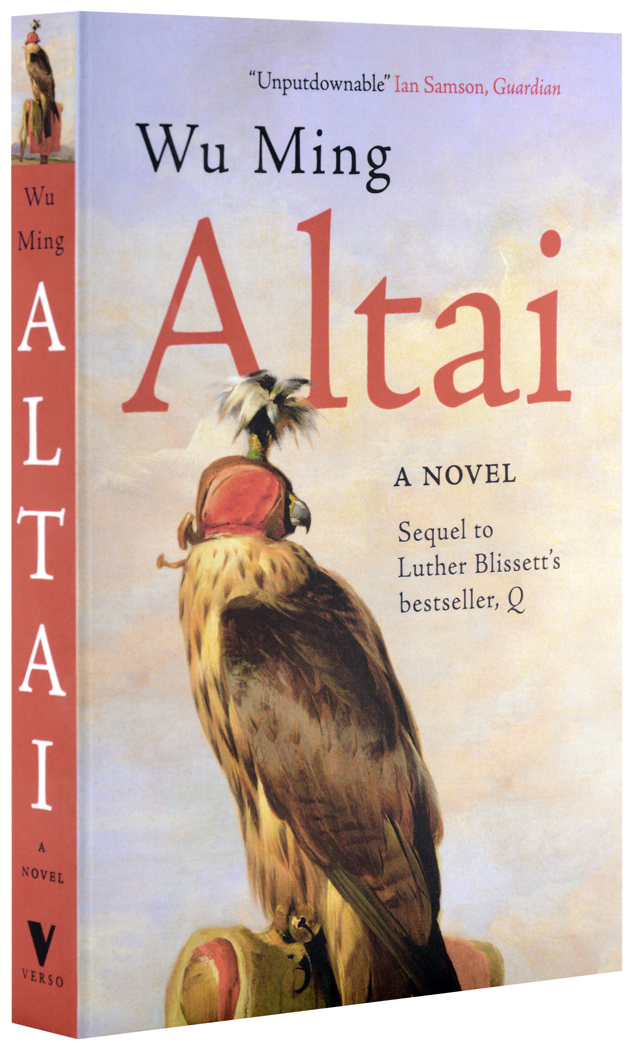 “Altai is a great historical thriller and the prose has all the surface glitter of the Grand Canal or the Golden Horn.” – Edward Stourton, Financial Times

When a fire rips through the Venetian Arsenal in 1569, the enigmatic Emanuele De Zante, spy-catcher and secret agent, is betrayed by his lover, imprisoned, and accused of treason. Given the chance to escape, he embarks on a trans-European odyssey that will test his loyalty and force him to question even his own identity.

Through a series of deadly political games leading all the way to the Sultan’s palace in Constantinople, De Zante and his companions spiral headfirst toward a conflict in which the great empires of the Republic of Venice and the Ottomans threaten the very foundations of civilization.

“Altai is a great historical thriller and the prose has all the surface glitter of the Grand Canal or the Golden Horn… For a city break in Venice, Dubrovnik or Istanbul, this is perfect read as it is.”

“A triumph of swashbuckling storytelling, a historical romp.”

“If you loved Q; no, if you were swept away by a passion that became an addiction to that monumental novel, take a deep breath and start reading again.”

“After a little more conversation both Wu Mings seemed to have rekindled their interest in their old work and asked me if I understood the parallels between the historical world Altai deals with and the political situation today. I told them this wasn’t a problem for me but I quickly gave up trying to disentangle their fiction from historical fact because the two were so closely interwoven. There was a gleam in Wu Ming 1’s eye when he replied: 'That’s because we worked the fiction into tiny historical cracks.'”

“Skillfully written ... it is difficult not to shiver.”

“If you like your historical fiction with plenty of explosions and Turkish-inflected interjections, this is right up your alley.”

“A highly compelling epic of great beauty and power.”

“A rich, inventive and immensely powerful book – Q is a great novel, one that tells us about ourselves and how we came to be here.”

– Praise for Q, Scotland on Sunday

“Imagine Umberto's eco knack for the swashbuckling thriller-of-ideas crossed with an artful touch of the Le Carré's – it boasts pace, colour, excitement and suspense to spare – Q works like a charm as a sordid, splendid period romp.”

“A great historical thriller and the prose has all the surface glitter of the Grand Canal or the Golden Horn … this is perfect.”

“Big and bloody and breathtaking: a crush of colour and crowds, exotic locations and war.”

– Praise for Q, The Times

“Their books sizzle with a kind of lefty jazz: they’re linguistically and culturally hip, historically astute, with a heart worn challengingly on the sleeve.”

The Police vs. Pasolini, Pasolini vs. The Police

This piece by Wu Ming was published in Italian in October 2015, in the online edition of Italian weekly magazine Internazionale. This translation by Ayan Meer first appeared on the Wu Ming Foundation blog.