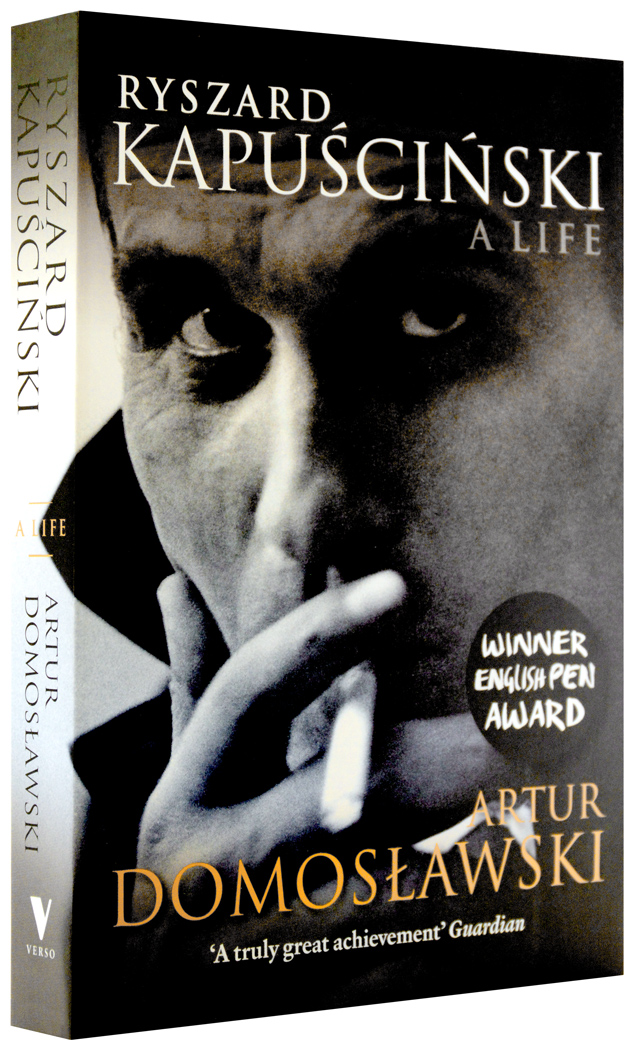 Controversial biography of the twentieth-century master of literary reportage

The life and work of Ryszard Kapuściński was dangerously bold and deeply enigmatic. This controversial biography opens up the secrets and contradictions of this globally renowned Polish journalist and writer.

Artur Domosławski travels the globe, following in Kapuściński’s footsteps, delving into his private conflicts and anxieties and discovering the relationships that were the catalyst for his unique style of ‘literary reportage’. The result is a compelling and uncompromising portrait of a conflicted and brilliant individual.

“Domoslawski seems fascinated by moral gray areas—Kapuscinski neglected his family, had affairs, spied for Poland’s government, and maintained his Party membership until 1981—but he always takes a lenient view.”

“The first real biography of Kapuscinski.”

“Domoslawski's book is a poignant feat of biography, not only because he trekked all over the world on Kapuscinski’s trail, but because it reopens dilemmas of integrity and conscience that are still painful for any journalist who tried to report the big world in the late twentieth century … [a] compelling, exhaustive and often upsetting book.”

“A compelling and controversial biography ... Mr Domoslawski was a friend of the great man; but resolved to treat his life as a subject for serious inquiry, setting out with an open mind and detailed knowledge, and adding more insights and evidence along the way. The result is an exemplary explanation of what made Kapuscinski tick.”

“A candid biography [written] in hopes of understanding both Kapuscinski’s enigmatic personality and, on a more abstract level, whether journalism is big or brave enough to include more ‘literary approaches.’”

“A great book about a great man.”

“Exhaustive and focused ... substantial and interesting ... a real contribution to our understanding of Kapuscinski.”

“Not just a fascinating biography of an important writer but also a subtle study of life under authoritarianism, with all the compromises and complexities that entails.”

“Artur Domoslawski ... fires off questions like distress flares. He is dedicated in pursuit of evidence, crossing continents to get it, but a reluctant judge.”

“[A] reluctant and fascinating exposé.”

“The first real biography [of Kapuściński] ... reminds us that we reveal ourselves too in our evasions and confabulations and, indeed, that the distortions of reality are an important part of the image of reality.”

“This comprehensive biography of the Polish foreign reporter extraordinaire is the most eagerly awaited book of the year.”

“Domosławski's biography seems fascinated by moral gray areas—Kapuściński neglected his family, had affairs, spied for Poland's government, and maintained his Party membership until 1981—but always takes a lenient view … As Kapuściński once said, 'I don't want to stop at observation, I want to take part.'”

“… a spectacular piece of literary investigation that takes us on an exploration of the meaning of journalism and tells us more about political life and choices in Poland during the communist years—and, in particular, how a leftist could maintain himself as a leftist during that time—than perhaps any book that has appeared to date.”

“Artur Domoslawski "has written an impeccable biography, one critical but also compassionate. Best of all, he situates his biographical narrative in the larger history that his subject helped to build and then tear down. Amidst ironies aplenty, the biographer remains steadfast in his determination to understand his subject--whatever the consequences."”

'Where does journalism end and literature begin?' Artur Domosławski at the Frontline Club