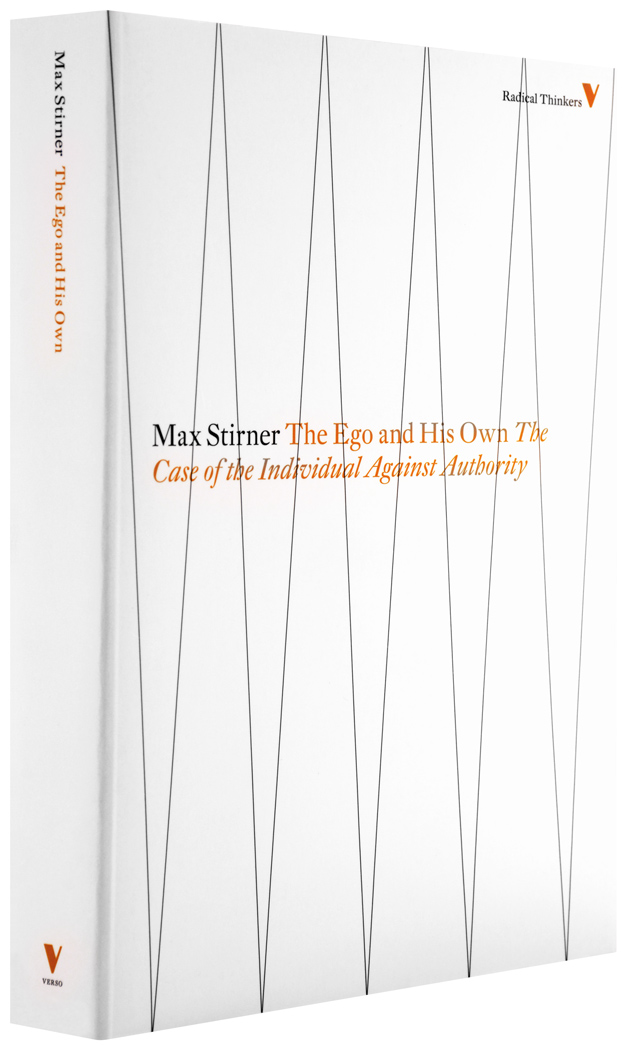 The Ego and His Own, the seminal defence of individualism, coloured the thinking of Friedrich Nietzsche, Max Ernst, Henrik Ibsen and Victor Serge, among many others, some of whom would vigorously deny any such influence in later years. Less reticent was Marcel Duchamp, who described Max Stirner as the philosopher most important to his work.

Challenging the religious, philosophical and political constraints on personal freedom, Stirner criticizes all doctrines and beliefs that place the interests of God, the state, humanity or society over those of the individual. Anticipating the later work of nihilists, existentialists, and anarchists, The Ego and His Own upholds personal autonomy against all that might oppose it.

“The most revolutionary book ever published … [Stirner] has left behind him a veritable Breviary of Destruction, a striking and dangerous book. It is dangerous in every sense of the word—to socialism, to politicians, to hypocrisy. But it asserts the dignity of the Individual, not his debasement.”

“You will have heard of Stirner's book, The Ego and His Own … And it is certainly true that we must first make a cause our own, egoistic cause … we are communists out of egoism also, and it is out of egoism that we wish to be human beings, not mere individuals.”

Get your Radical Thinkers hats on, it's competition time!

An Introduction to Verso's Radical Thinkers Series at the ICA