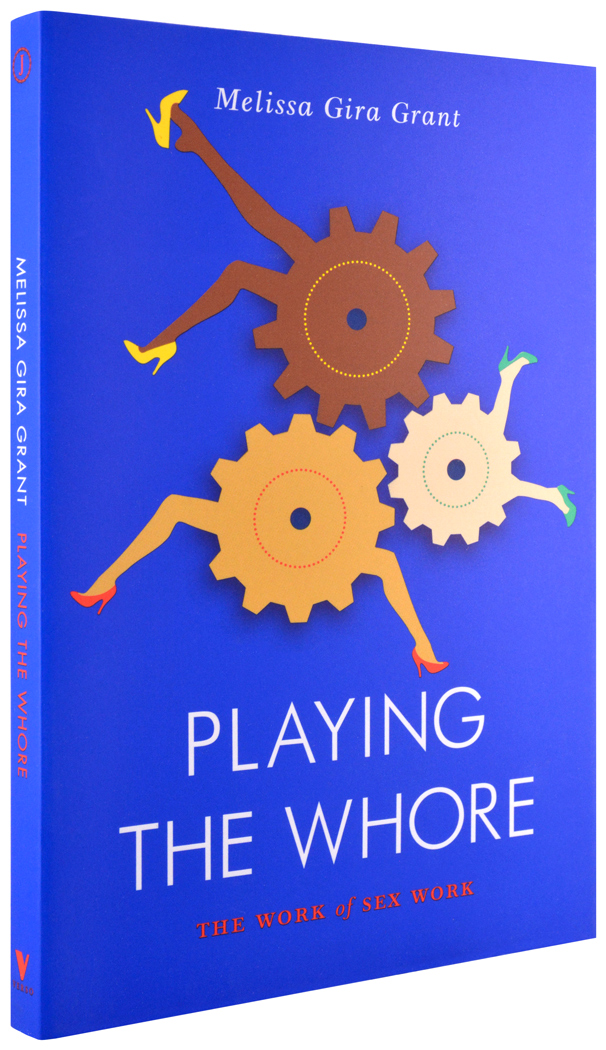 The sex industry is an endless source of prurient drama for the mainstream media. Recent years have seen a panic over "online red-light districts," which supposedly seduce vulnerable young women into a life of degradation, and New York Times columnist Nicholas Kristof's live tweeting of a Cambodian brothel raid. The current trend for writing about and describing actual experiences of sex work fuels a culture obsessed with the behaviour of sex workers. Rarely do these fearful dispatches come from sex workers themselves, and they never seem to deviate from the position that sex workers must be rescued from their condition, and the industry simply abolished—a position common among feminists and conservatives alike.

“Collectively as a society we've got a whole bunch of tangled, warped intuitions and policies towards the exchange of money for sex. Melissa Gira Grant does a remarkable job of rigorously teasing these apart and righteously scrapping those she finds wanting. Her work has been hugely influential in how I think about sex work and outright changed my mind on a number of points. She's a must read.”

“An important contribution to debates around sex and work, and deserves to be read by anyone who wants to get beyond tired and damaging understandings of both.””

“Gira Grant is one of the most interesting policy thinkers in the country when it comes to sex work, and this short book introduces and outlines her thinking on the matter.”

“An informative and extremely worthwhile addition to the existing body of literature on sex work.”

“Makes precisely clear that a culture that polices, silences and marginalizes women who sell sex is a culture that cares nothing about women. Period.”

“Thoroughly researched, eminently readable...Keeping the focus on ideas instead of autobiography has an impressively unsettling effect, as we're forced to acknowledge the writer's boundaries, and our own voyeurism.”

“A model of excellent nonfiction prose.”

– Susie Bright, sex and culture critic, and found of On Our Backs

“Well-researched and provocative … A vital text on an incendiary topic.””

– Lily Burana, author of I Love a Man in Uniform and Strip City

“Gira Grant weaves her way through sanctimony and hypocrisy with wit, eloquence, insight, and a dose of necessary outrage.”

– Laura Kipnis, author of How to Become a Scandal

“As self-appointed saviors like Nicolas Kristof command mainstream media attention for their crusade on behalf of trafficked women, Melissa Gira Grant provides a sharp and powerful counternarrative, a layered, justice-minded critique of such interventions as well as a much needed skewering of ‘carceral feminism.’ An important, illuminating and engaging read.”

“Gira Grant teases out the truth from the reality in this complicated and emotive topic… [and] takes some of the campaigns being promoted by feminists about sex work head-on. She argues for a value-neutral and rights-centred reading of sex work, rather than pinning attitudes (and laws) on whether we feel it to be 'good' or 'bad.' The core point that she makes - [is] the necessity of sex workers' voices in policy about them, and the benefit of decriminalisation”

“A persuasive manifesto… Underneath Grant’s strategically inclusive argument lurks a harder political critique of the transformation of politics and economics since the 1970s.”

“In [Playing the Whore], Grant critiques the policing of sex workers, the conditions of the industry, and the ongoing discussions surrounding how we see the sex industry as well as the sex workers themselves. [She] hits the major points of these huge topics and takes a powerful stance on the rights of sex workers.”