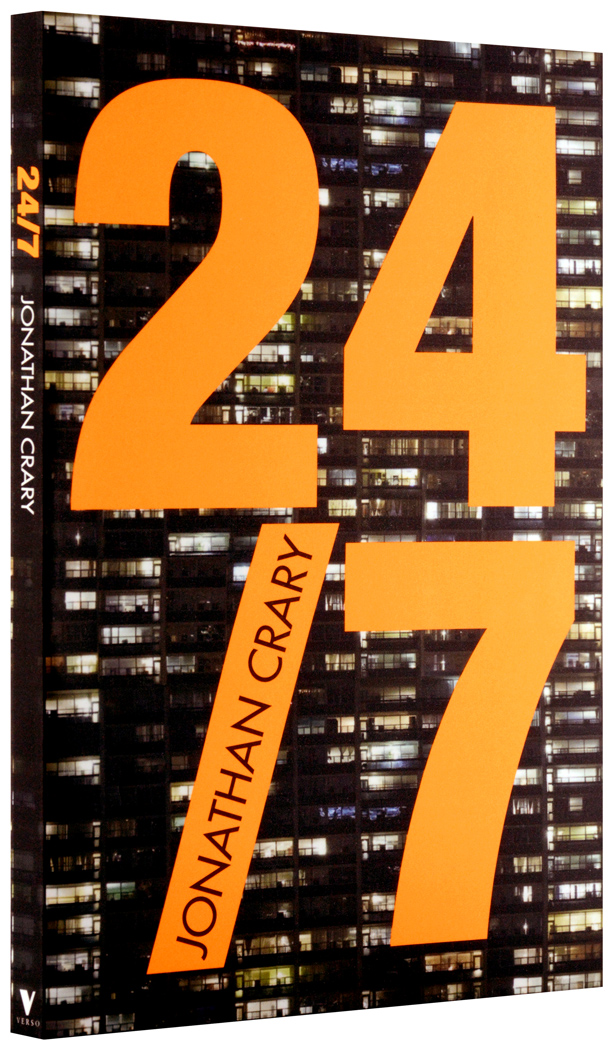 Jonathan Crary examines how this interminable non-time blurs any separation between an intensified, ubiquitous consumerism and emerging strategies of control and surveillance. He describes the ongoing management of individual attentiveness and the impairment of perception within the compulsory routines of contemporary technological culture. At the same time, he shows that human sleep, as a restorative withdrawal that is intrinsically incompatible with 24/7 capitalism, points to other more formidable and collective refusals of world-destroying patterns of growth and accumulation.

“Sleep is a standing affront to capitalism. That is the argument of Jonathan Crary’s provocative and fascinating essay, which takes 24/7 as a spectral umbrella term for round-the-clock consumption and production in today’s world. The human power nap is a macho response to what Crary notes is the alarming shrinkage of sleep in modernity. ‘The average North American adult now sleeps approximately six and a half hours a night,’ he observes, which is ‘an erosion from eight hours a generation ago’ and ‘ten hours in the early twentieth century’ … A humane and bracingly splenetic counterblast, with a lot of interesting micro-theses along the way.”

“A polemic as finely concentrated as a line of pure cocaine.”

“24/7 is the capstone of Crary’s archeology of the spectacle and arguably the most significant of the lot. It’s informed by the erudition of one of the most thorough and original researchers on the planet.”

“A masterful exploration of the place of the human individual, their dreams and the future of the species in today’s age of nonstop neoliberal capitalism and its multitude of manifestations.”

“Jonathan Crary updates Marcuse’s One-Dimensional Man with a vigilant critique of the totality of the seemingly eternal present.”

– McKenzie Wark, author of The Spectacle of Disintegration

“24/7 cuts through a lot of the starry-eyed nonsense people talk about the empowering nature of new technologies and keeps in mind the whole time that, as far as late capitalism is concerned, we are nothing more than ultimately disposable units for keeping economies running … Read this, and ponder its implications. I would even venture to suggest you sleep on it.”

“Crary's talent as a pamphleteer is unequaled...”

“Crary updates Leninist understandings of the expansion of capitalism in his phenomenal book 24/7, which is well worth a read for a clear understanding of the role of time in the continued and deepening exploitation of the working class under digital capitalism.”

How should we conceive the digital economy? 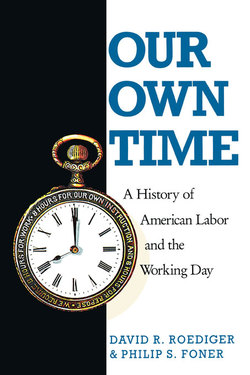 Our Own Time
by Philip S. Foner and David R. Roediger
30% off