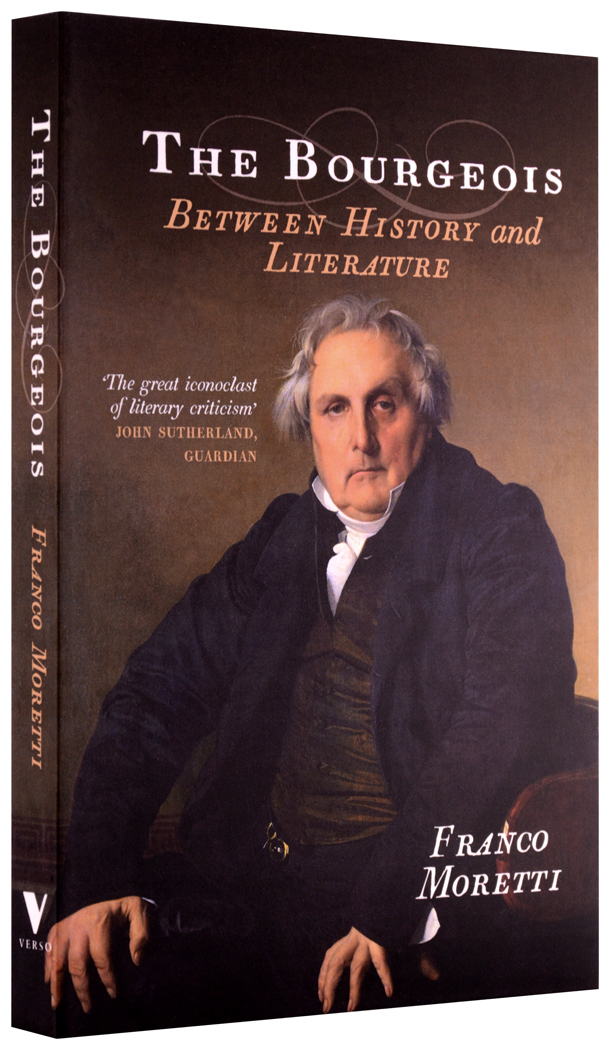 "'I am a member of the bourgeois class, feel myself to be such, and have been brought up on its opinions and ideals', wrote Max Weber, in 1895. Who could repeat these words today?"

Thus begins Franco Moretti's study of the bourgeois in modern European literature, where a gallery of individual portraits is entwined around the analysis of specific keywords—such as "useful" and "earnest", "efficiency", "influence", "comfort", "roba"—and of the formal mutations of the medium of prose. The book charts the rise and fall of bourgeois culture, exploring the causes for its historical weakness, and searches for the seeds of its failures.

“The great iconoclast of literary criticism.”

“Moretti is a passionate and astute scholar.”

“Cleverly strips away the counting-house walls, watch chains and waistcoats to reveal a phase of middle-class history that was at least as anxious and self-scrutinising as its snobbish detractors could wish.”

“There's no scholar around I'm more eager to read, nobody by whom I'm more provoked or inspired.”

“Shows how the novel as form served as the capacious and adaptable home within which the bourgeois could both assert and camouflage itself.”

“It’s a rare literary critic who attracts so much public attention, and there’s a good reason: few are as hellbent on rethinking the way we talk about literature.”

“An illuminating, data-rich analysis of a fraught and nuanced null set.”

“Moretti is already famous in bookish circles for his data-centric approach to novels, which he graphs, maps, and charts ... if his new methods catch on, they could change the way we look at literary history.”

Who Wrote Lolita First? An Interview with Michael Maar