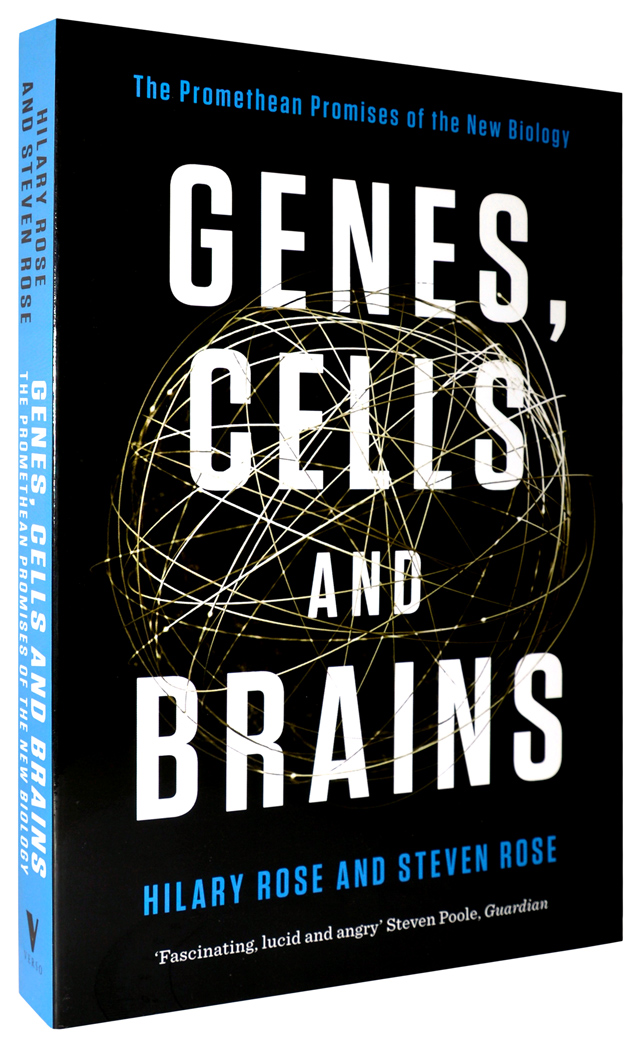 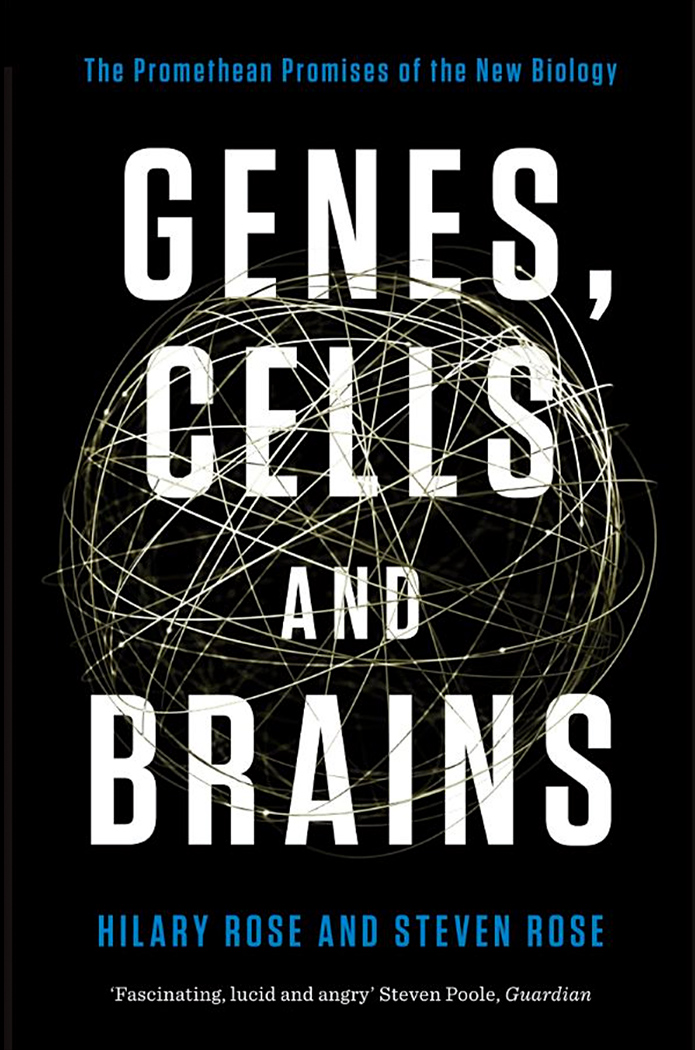 "On my must-read list!" – Margaret Atwood
Our fates lie in our genes and not in the stars, said James Watson, co-discoverer of the structure of DNA. But Watson could not have predicted the scale of the industry now dedicated to this new frontier. Since the launch of the multibillion-dollar Human Genome Project, the biosciences have promised miraculous cures and radical new ways of understanding who we are. But where is the new world we were promised?

Now updated with a new afterword, Genes, Cells and Brains asks why the promised cornucopia of health benefits has failed to emerge and reveals the questionable enterprise that has grown out of bioethics. The authors, feminist sociologist Hilary Rose and neuroscientist Steven Rose, examine the establishment of biobanks, the rivalries between public and private gene sequencers, and the rise of stem cell research. The human body is becoming a commodity, and the unfulfilled promises of the science behind this revolution suggest profound failings in genomics itself.

“This fascinating, lucid and angry book by the sociologist Hilary Rose and the neurobiologist Steven Rose (they are married) boasts abundant targets and a lethally impressive hit ratio.”

“Genes, Cells and Brains is an angry book. It is also an important one...contains wonderful descriptions of the science behind the new biology.”

“Clear and engaging... a testament to the power of the Roses' writing and their perceptive understanding of the relation between science and society.”

“A scathing account of the failure of recent projects in biology to provide significant new knowledge...the Roses provide thought-provoking and interesting contrasts to the secular, neoliberal view that predominates at present.”

“While I generally turn down requests for an endorsement of a book, I must make an exception for the superb analysis of a very important topic by Hilary Rose and Steve Rose. Genes, Cells and Brains refutes with authority the extravagant claims that everything that ails us will be cured by modern molecular and cellular biology. They show that despite the self-serving hype produced by both academic and entrepreneurial science, we still do not understand how the brain works nor can we avoid the thousand shocks that flesh is heir to.”

“Rose and Rose provide incisive analyses of the successes of the new biology at improving corporate profits while failing to do much to improve human health. This is a valuable therapy for all of us suffering from the inflated promises and huge costs of the new biology, and a splendid resource for reinvigorating the Radical Science Movement in today’s global political economy.”

– Sandra Harding, UCLA Professor and author of The Science Question in Feminism

“Genes, Cells and Brains offers a complex, compelling picture of the social and political challenges emerging around biotechnological investment, promise and hype.”

“I have just started Genes, Cells and Brains and I can hardly put it down. What clarity and insights, what history and up to the minute perceptiveness. And what brilliant and unpretentious writing. I think this is an important book.”

“What brilliant and energetic warriors Hilary Rose and Steven Rose have been! Reading this book is to visit the innumerable battlefields on which they have fought over half a century. The battle cries have now softened into gentler irony, but the pace of the writing is superb. Anybody who wants an incisive and radical perspective on the excessive claims made for human genome project, sociobiology, neurosciences, or human discrimination against other humans, should read this book.”

“[Hilary Rose and Stephen Rose] unwind the myriad assumptions about technology as the engine of improvement in our lives and offers a powerful argument against the sociopolitical machinery behind these dream disciplines.”

“The authors (professors emeriti of sociology and neuroscience at, respectively, Bradford U. and the Open U., England) place contemporary developments in the biotechnosciences of genomics, regenerative medicine, and the neurosciences (the "genes, cells, and brains" of their title) within the context of the global neoliberal economy and culture of the 21st century.”

“[Genes, Cells and Brains is] a detailed and acerbic history of 20th-century genetics: its uneasy dance in and out of the arms of eugenics, its stumbles on the envisioned road to decoding and commodifying human nature, and its upstaging—after the Human Genome Project disappointed hopes for disease cures—by neuroscience, which, in turn, has fallen short of its promises to find and fix the psyche in the brain.”

Do biobanks serve the common good?

In response to the current COVID-19 crisis the UK Biobank, that contains half a million people’s anonymised health and genetic information, may be used to answer questions about coronavirus. Becca Muir asks, are the biopolitics of these databases being ignored?