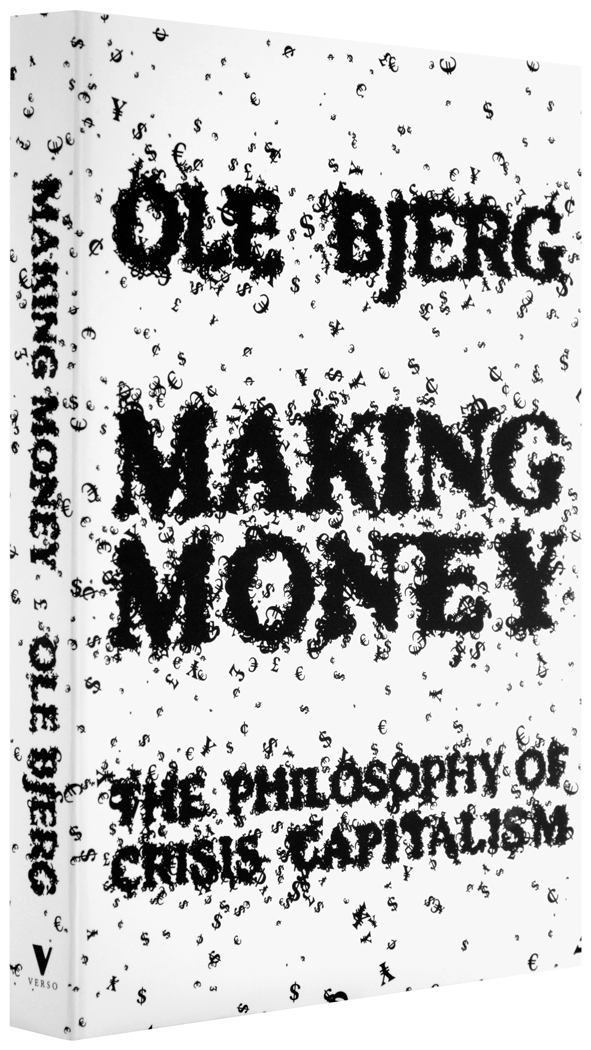 “Explosive ... an absolutely indispensable guide through the labyrinth of economics.” – Slavoj Žižek
What is money? Where does it come from? Who makes it? And how can we understand the current state of our economy as a crisis of money itself?

In Making Money, Ole Bjerg turns these questions into a matter of philosophical rather than economic analysis. Applying the thinking of Slavoj Žižek and other scholars to mainstream economic literature, Bjerg provides a radical new way of looking at the mysterious stuff we use to buy things. It is a theory unfolded in reflections on the nature of monetary phenomena such as financial markets, banks, debt, credit, derivatives, gold, risk, value, price, interests, and arbitrage. The analysis of money is put into an historical context, suggesting that the current financial turbulence and debt crisis are evidence that we live in the age of post-credit capitalism. By bridging the fields of economics and contemporary philosophy, Bjerg's work engages in a compelling form of intellectual arbitrage.

“Ole Bjerg provides us with a brilliant philosophical examination of this phenomenon that we call ‘money’ … This book should be on the reading list of all economists, bankers, civil servants, politicians and, most importantly, of all citizens if we are to stand any chance of overcoming the deep dysfunctions of the money and banking system that were dramatically revealed by their near collapse in 2008.”

– Tony Greenham, Head of Finance and Business at New Economics Foundation and co-author of Where Does Money Come From?

“With its explosive combination of philosophy, economics, and Lacanian psychoanalysis, Bjerg’s book provides an absolutely indispensable guide through the labyrinth of economics. It makes us fully aware of the crazy world we live in. It is a kind of theoretical equivalent of a science fiction film in which we discover that aliens are already among us and are controlling us.”

“Thick with Heidegger and Žižek … a stimulating exploration of a neglected area, the ‘philosophy of money.’”

Abandoning the Euro Could Help Save Europe

The Ignored Lessons of the Financial Crisis