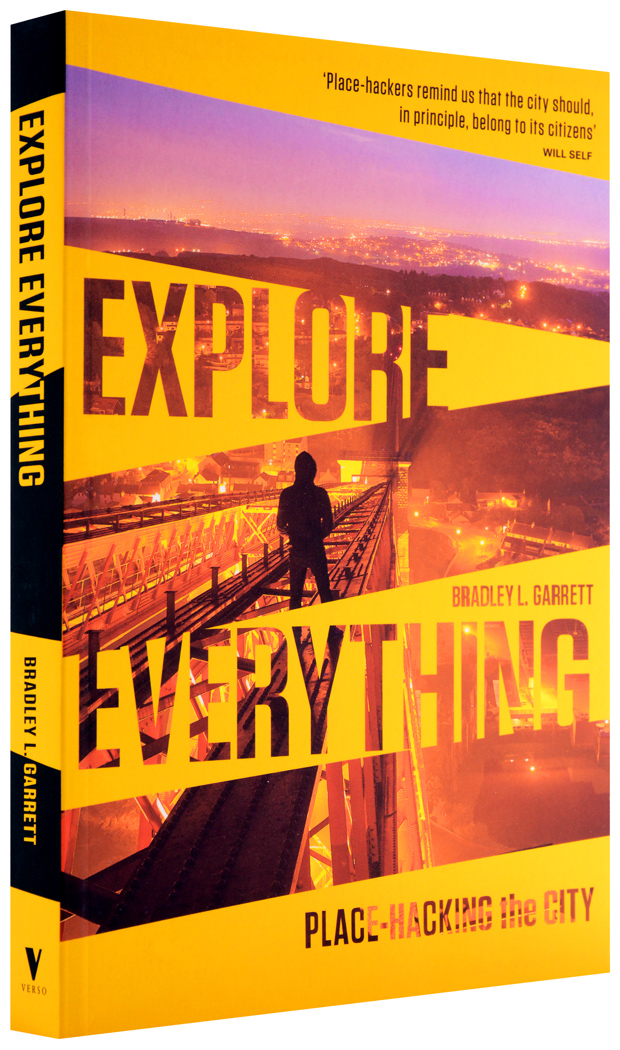 What does it feel like to find the city’s edge, to explore its forgotten tunnels and scale unfinished skyscrapers high above the metropolis? Explore Everything reclaims the city, recasting it as a place for endless adventure.

Plotting expeditions from London, Paris, Berlin, Detroit, Chicago, Las Vegas and Los Angeles, Bradley L. Garrett has tested the boundaries of urban security in order to experience the city in ways beyond the everyday. He calls it “place hacking”: the recoding of closed, secret, hidden and forgotten urban spaces to make them realms of opportunity. The book is also a manifesto, combining philosophy, politics and adventure, on our rights to the city and how to understand the twenty-first- century metropolis.

“It’s hard not to admire these explorers. Or Garrett himself, who says he wrote part of the book on a laptop while sitting in a crane overlooking Aldgate East.”

“A no-nonsense, high-adrenaline, fast-twitch report that requires us to think about the city in new ways. This is a provocative challenge to received dogma. An inspiration to get out there, to go over the fence. To see with our own eyes.”

“Urban exploration is ... a way of renegotiating reality, transforming the moment, turning the city into a video game. Except that, in this game, you only have one life.”

“For Garrett, physical exploration is merely the outward manifestation of a deeper philosophical inquiry. The theoretical DNA of much of his work traces back to the concept of 'psychogeography.'”

“As the Earth becomes urban so explorers increasingly shift from the frontiers of ice and desert to the vast yet hidden domains of cities that remain curiously invisible in plain site. Explore Everything is the indispensable guide to this burgeoning world of urban exploration. It opens up the vast realms of our cities remain out-of-bounds -- the tunnels, bunkers, towers, sewers, stadia and more. With stunning clarity and visual power, it reveals the dank, dark and dangerous places that stalk both our urban imaginations and our visions of what a contemporary city might actually be. An extraordinary and important book.”

“When reading this wonderfully crafted text, it is apparent early on that Explore Everything is a vehicle for the spectacular. It contains exhilarating passages that decry the enforced striation of contemporary urbanism. It is a call to arms to not accept the city as spectacle, but to overcome the existing logic of the capitalist city and actively re-appropriate space.”

“Garrett’s book, and its excellent photography, makes clear that urban exploration manages to combine both vertigo and claustrophobia, with people perched on beams hundreds of feet above the city, trapped in elevators, and outrunning rapidly rising sewage. It also bears the mark of its origins as a doctoral thesis, with frequent references to Guy Debord and the theories of various philosophically minded geographers. It’s sort of like Jon Krakauer meets Gilles Deleuze, or a really adventurous W.G. Sebald.”

“A unique and electrifying travelogue ... Garrett and his fellow travelers are as fit, agile and fearless as ninja.”

“An absorbing read … Recommended for travel and modern history readers.”

All Over the Map
by Michael Sorkin
40% off 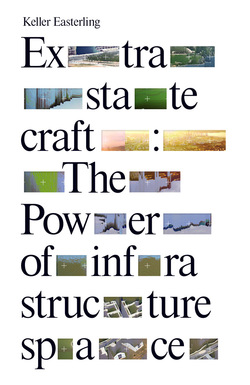