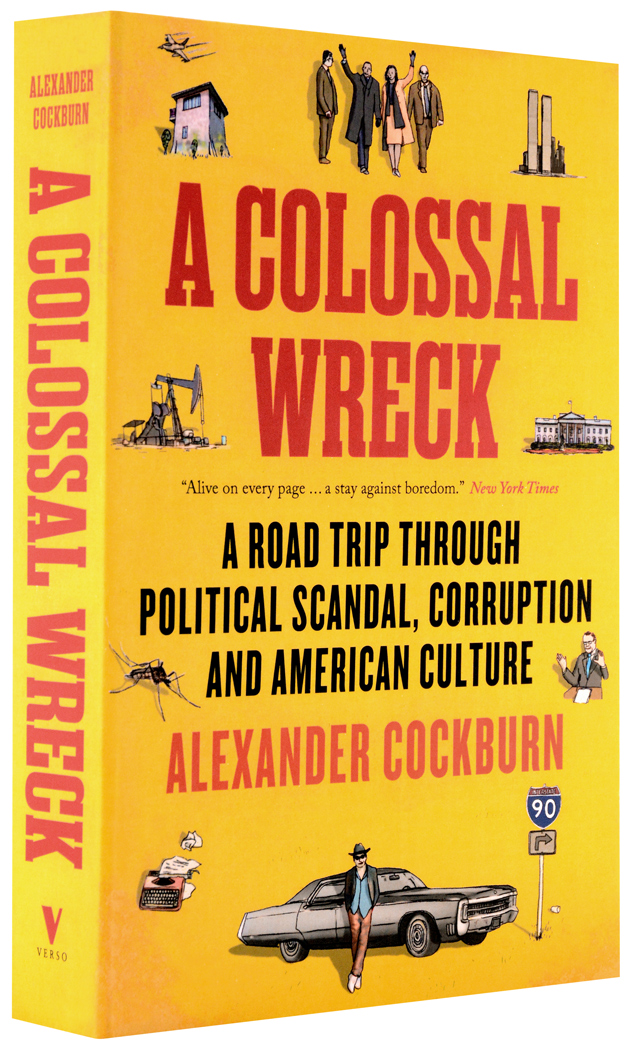 Alexander Cockburn was without question one of the most influential journalists of his generation, whose writing stems from the best tradition of Mark Twain, H. L. Mencken and Tom Paine. Colossal Wreck, his final work, finished shortly before his death in July 2012, exemplifies the prodigious literary brio that made Cockburn’s name.

Whether ruthlessly exposing Beltway hypocrisy, pricking the pomposity of those in power, or tirelessly defending the rights of the oppressed, Cockburn never pulled his punches and always landed a blow where it mattered. In this panoramic work, covering nearly two decades of American culture and politics, he explores subjects as varied as the sex life of Bill Clinton and the best way to cook wild turkey. He stands up for the rights of prisoners on death row and exposes the chicanery of the media and the duplicity of the political elite. As he pursues a serpentine path through the nation, he charts the fortunes of friends, famous relatives, and sworn enemies alike to hilarious effect.

This is a thrilling trip through the reefs and shoals of politics and everyday life. Combining a passion for the places, the food and the people he encountered on dozens of crosscountry journeys, Cockburn reports back over seventeen years of tumultuous change among what he affectionately called the “thousand landscapes” of the United States.

“A Colossal Wreck provides ample evidence for Cockburn’s standing as one of the left’s most perceptive and entertaining commentators.”

“Alexander Cockburn set a high standard of crusading journalism for fifty years ... With his Wildean wit, love of elegant women, penchant for hunting and fondness for P.G. Wodehouse, Cockburn defied the stereotype of the disgruntled left-wing scribe.”

“Whether journeying to Key West, Humboldt County, Ireland or Istanbul, Mr. Cockburn is a warrior/freethinker, armed with courage and gifted prose to cut down the hypocrisies of tyrants. He is a Marxist Mencken – a composite of comic-poet Andrei Codrescu, the erudite Christopher Hitchens and the gonzo journalist Hunter S. Thompson.”

“Alive on every page … a stay against boredom.”

“A fine trip through a rambunctious, productive, provocative and well-lived life.”

“Between the malevolence of the Republicans and the mediocrity of the Democrats, the last four decades have been a pretty dismal time to be a left-wing radical in the United States. Few of us have stayed scrappy; still fewer have kept a sense of humor. Cockburn — hedonist, populist, brawler, dandy — made it a little easier. I wish the next generation one of him.”

“This is a book that exhales life and comes with that brio which is characteristic of Alexander Cockburn.”

“Probably the most gifted polemicist writing in English today.”

“Always surprising, outrageous, brilliant and yet strangely compassionate. He weaves together the public and the private with a sustained comic ingenuity that is matchless.”

“Cockburn essentially pioneered the modern persona for which Christopher Hitchens became much better known: the fancily Oxford-educated leftie Brit littérateur/journalist who would say all the outrageous things his bland Yank counterparts lacked the wit, courage, erudition, or épater-spirit to utter on their own ... Cockburn was far more committed and purposeful in his outrageousness.”

“Cockburn…renders a broad perspective on political corruption and American culture.”

Trump and the Decline of American Liberalism 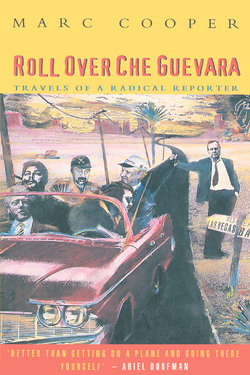 Roll Over Che Guevara
by Marc Cooper
40% off 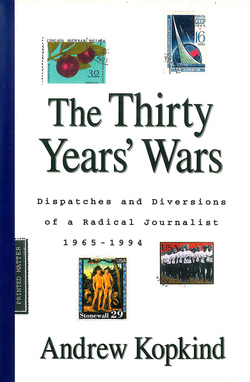