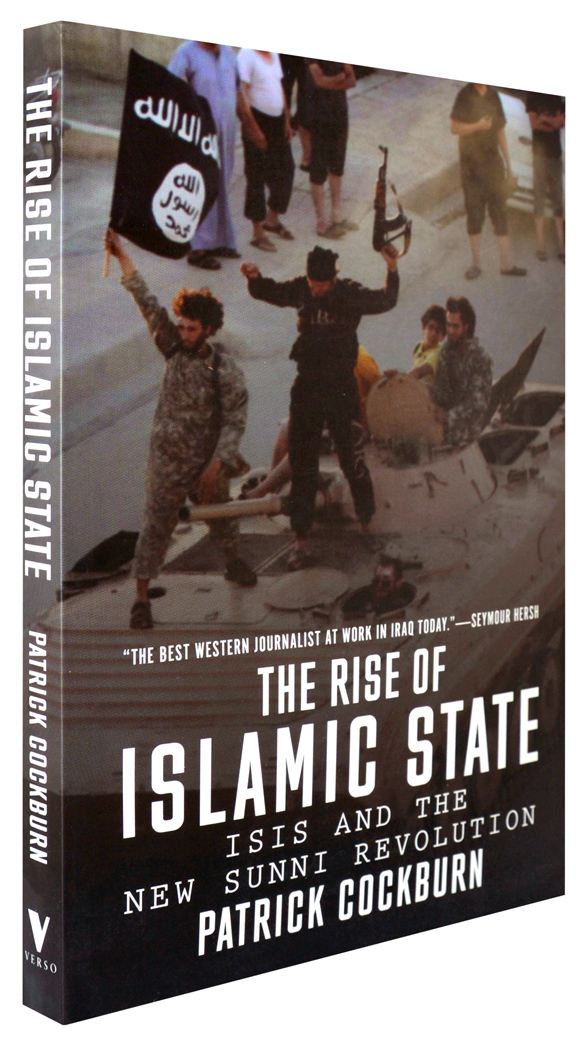 Born of the Iraqi and Syrian civil wars, the Islamic State astonished the world in 2014 by creating a powerful new force in the Middle East. By combining religious fanaticism and military prowess, the new self-declared caliphate poses a threat to the political status quo of the whole region.

“Quite simply, the best Western journalist at work in Iraq today.”

“A wealth of telling detail.”

“Amid the many books published on the current conflicts reshaping the Middle East, few are as informative or perceptive as The Rise of Islamic State.”

“Patrick Cockburn spotted the emergence of ISIS much earlier than anybody else and wrote about it with a depth of understanding that was just in a league of its own. Nobody else was writing that stuff at that time, and the judges wondered whether the Government should consider pensioning off the whole of MI6 and hiring Patrick Cockburn instead.”

“Patrick Cockburn, of the London Independent, is one of the best informed on-the-ground journalists. He was almost always correct on Iraq.”

“Packed with first-class research and analysis...Cockburn draws on his considerable journalistic prowess to render this incredibly complex and misunderstood conflict comprehensible. His experience forms a useful text for those at all levels of familiarity with the conflict. His analysis offers an exceptional window into what is without doubt the most vital conflict the world is currently facing."”

“His dispatches from Iraq are an exemplary untangling of the political and social complexity that lies behind one of the world’s great crises. He writes fairly, compassionately and clearly, with a steady and knowledgeable eye.”

“Has anyone covered this nightmare [in the Greater Middle East] better than the world’s least embedded reporter, Patrick Cockburn? Not for my money. He’s had the canniest, clearest-eyed view of developments in the region for years now.”

“A brilliant book on ISIS.”

“An invaluable history of IS along with a powerful critique of Western policy in Iraq and Syria and an unsparing analysis of Shia politics in Baghdad.”

“Cockburn's book The Rise of Islamic State is considered the essential primer on the organization.”