Available for pre-order. This item will be available on July 11, 2023.

“A long walk, Gros suggests, allows us to commune with the sublime.” – New York Times

It is only ideas gained from walking that have any worth.
— Nietzsche

By walking, you escape from the very idea of identity, the temptation to be someone, to have a name and a history ... The freedom in walking lies in not being anyone; for the walking body has no history, it is just an eddy in the stream of immemorial life.

In A Philosophy of Walking, a bestseller in France, leading thinker Frédéric Gros charts the many different ways we get from A to B—the pilgrimage, the promenade, the protest march, the nature ramble—and reveals what they say about us.

Gros draws attention to other thinkers who also saw walking as something central to their practice. On his travels he ponders Thoreau's eager seclusion in Walden Woods; the reason Rimbaud walked in a fury, while Nerval rambled to cure his melancholy. He shows us how Rousseau walked in order to think, while Nietzsche wandered the mountainside to write. In contrast, Kant marched through his hometown every day, exactly at the same hour, to escape the compulsion of thought.

Brilliant and erudite, A Philosophy of Walking is an entertaining and insightful manifesto for putting one foot in front of the other.

“A passionate affirmation of the simple life, and joy in simple things. And it’s beautifully written: clear, simple, precise.”

“Poignant life-stories ... are interspersed with the author's own meditations on walking... In the way a landscape is gradually absorbed by the long-distance rambler they steadily build into an insistent exhortation: get up, get out and walk!”

“Philosopher Gros ponders walking, that most mundane mode of transportation or exercise, elevating it to its rightful place in inspiring creativity, evoking freedom, and quieting a troubled soul.”

“This elegant book inspires consideration of an oft-overlooked subject.”

“Frédéric Gros asks why so many of our most productive writers and philosophers – Rousseau, Kant, Rimbaud, Robert Louis Stevenson, Nietzsche, Jack Kerouac – have also been indefatigable walkers … there are certain magical things that happen on the trail, and Gros is familiar with them. He thinks like a hiker.”

“An admirable little book which will delight even the most sedentary.”

“An unclassifiable book in which ideas are illuminated by the bright light of the morning.”

“Resolving to take more walks in the new year might sound like promising to take more naps – choosing idleness over work. But a lot of clever people don’t see it that way [...] Frédéric Gros asks why so many of our most productive writers and philosophers – Rousseau, Kant, Rimbaud, Robert Louis Stevenson, Nietzsche, Jack Kerouac – have also been indefatigable walkers.”

“This short, simple and profound book... will be read and re-read.”

“A long walk, Gros suggests, allows us to commune with the sublime.”

“Celebrates the liberation of the mind that comes with walking, especially in natural areas: I hike, therefore, I am.”

“A Philosophy of Walking moved me to think in greater depth about my walks. The book, written with great clarity, conveys Gros' thoughts about walking, and a discussion of various thinkers (Thoreau, Kant, Rousseau) for whom walking was essentially a contemplative act.”

Walking is a Show of Dignity: A conversation with Frédéric Gros

In this interview with Nicolas Truong, philosopher and writer Frédéric Gros analyses how walking can take on a political meaning. Whether individual or collective, the march is the mode of popular expression par excellence. 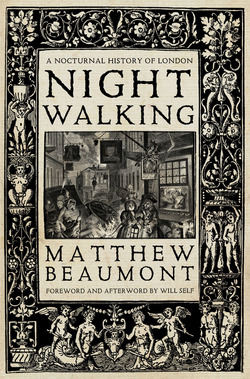