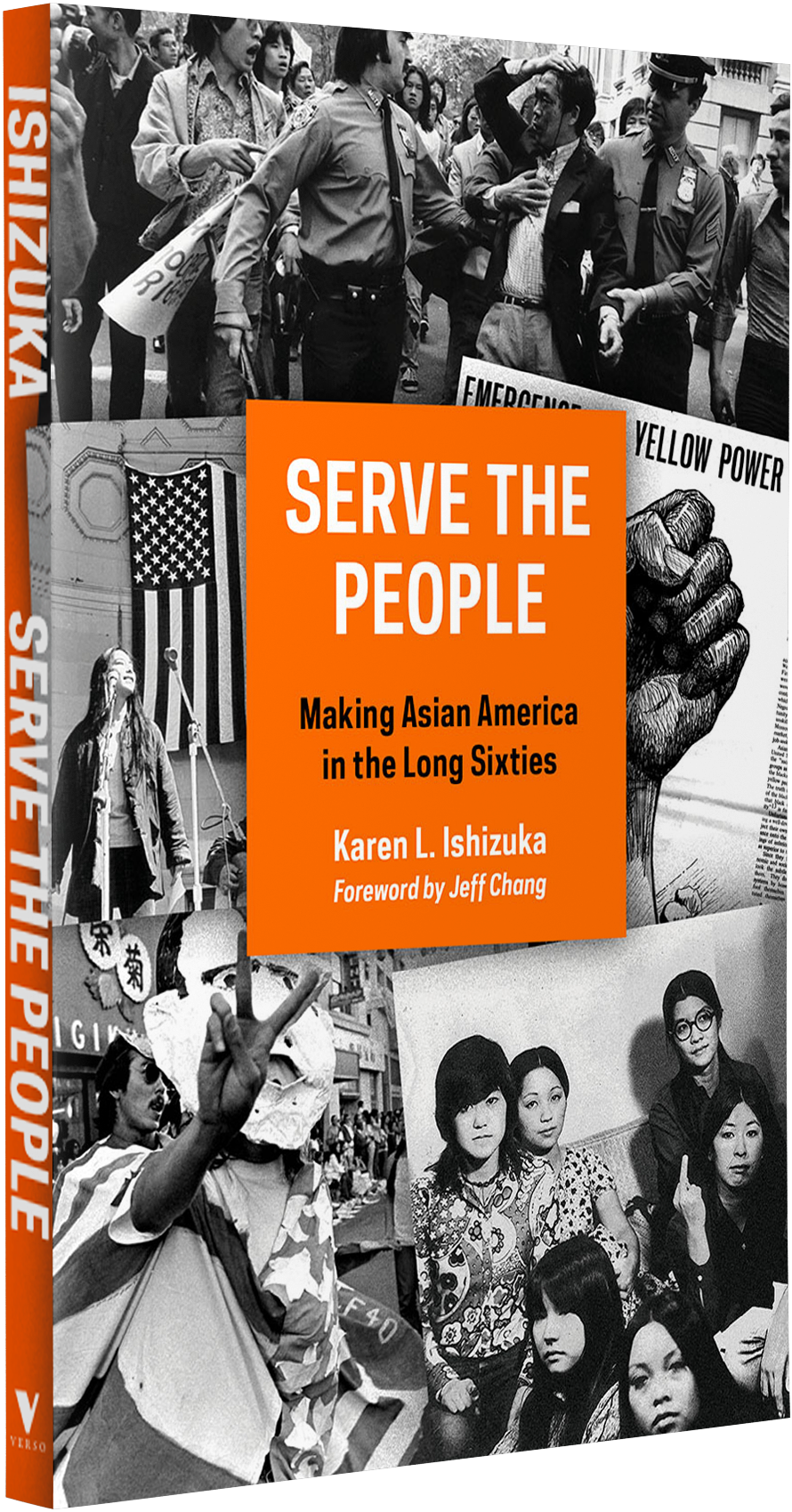 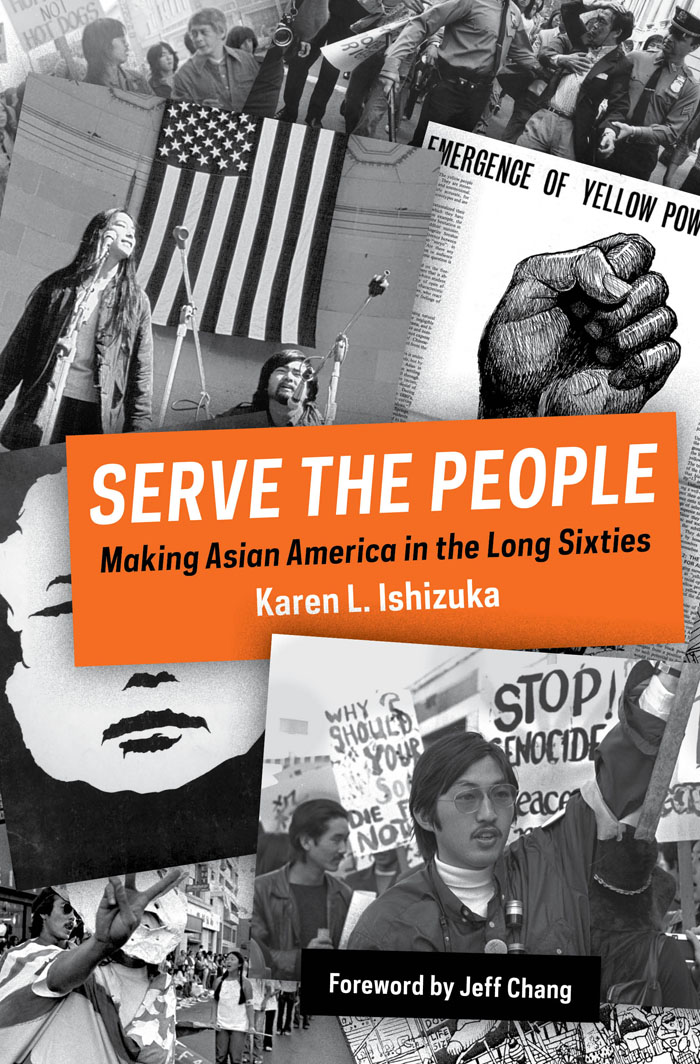 At the same time, Karen Ishizuka’s vivid narrative reveals the personal epiphanies and intimate stories of insurgent movers and shakers and ground-level activists alike. Drawing on more than 120 interviews and illustrated with striking images from guerrilla movement publications, the book evokes the feeling of growing up alien in a society rendered in black and white, and recalls the intricate memories and meanings of the Asian American movement. Serve the People paints a panoramic landscape of a radical time, and is destined to become the definitive history of the making of Asian America.

“This fascinating study is highly recommended for those interested in Asian American history and the civil rights movement.”

“There was a time, Karen Ishizuka reminds us, when the word ‘Asian American’ was not merely a demographic category, but a fight you were picking with the world.”

– From the foreword by Jeff Chang, author of Who We Be: A Cultural History of Race in Post-Civil Rights America

“Serve the People describes beautifully not merely the making of a people but an entire era. People of color, women, queer people, students, and the working class altered US history by making the nation more democratic and aware of its imperialism. This is a work of immense significance.”

“With meticulous research and more than a hundred interviews, Karen Ishizuka traces the links between Yellow Power and other radical movements. This engaging book breaks through to new levels of insight into this still-neglected movement of far-reaching influence.”

– Helen Zia, author of Asian American Dreams: The Emergence of an American People

“Karen Ishizuka deftly captures a generation of activist voices from San Francisco to Los Angeles, Seattle to New York. This thoughtful history chronicles a movement just as significant as the Black and Chicano movements and provides a revelatory insight into what it means to be American.”

– Jesús Treviño, author of Eyewitness: A Filmmaker’s Memoir of the Chicano Movement

“Karen Ishizuka has opened a window to an ignored but significant part of American history. I love the captivating cartoons, newspaper and arts sections, but what really enlivens her narrative and adds depth to her work is her personal relationship to this history.”

“As Karen Ishizuka indicates so well, African Americans and Asian Americans have shared a long history of interaction and influence. Her work reminds us of the need to view race through a broader paradigm.”

“We weren’t born ‘Asian American.’ It’s a political identity, forged in the fires of struggle, community and consciousness. Serve the People chronicles the hard-fought history of a new awareness—the story of how we became Asian America.”

“An exceptionally well-researched and engaging book.”

“Thoughtful and readable, Serve the People explores how activists of Chinese, Japanese, and Filipino descent forged the identity of ‘Asian American’ to make sense of grievances uniting Asian-based ethnic groups. In the process, they acted valiantly, if not always effectively, for a more democratic, egalitarian US.”

“Peers behind the contemporary narrative of Asian Americans achieving 'visibility,' with an intricate depiction of the movement that originated the Asian American vision…One of the first comprehensive histories of the movement…Serve the People sheds a backlight on our hyphenated cultural present—not just in terms of who and what 'Asian American' has come to mean, but also in terms of how any political movement becomes an identity and vice versa.”

“This text is foundational for understanding the development of Asian American consciousness as relevant identity for political work and organizing in the context of a decade of Civil Rights work we typically think of as dominated by African American and gender organizing.”

“With scholarship and verve, Ishizuka traces the creation of what would be called the “yellow power movement”…From San Francisco to New York to Los Angeles, from students to activists, Ishizuka depicts how the story of Asian America is multi-voiced and variegated.”

“Fascinating and thorough history...The range and depth covered within these pages makes this tome essential reading for anyone interested in the past, present and future of what it means to be Asian American.”

“An indispensable narrative archive of Asian-American organizing and insurgency.” 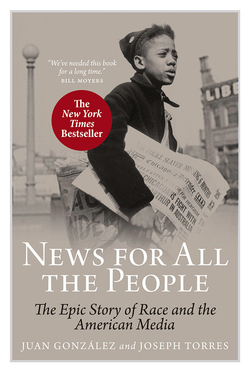 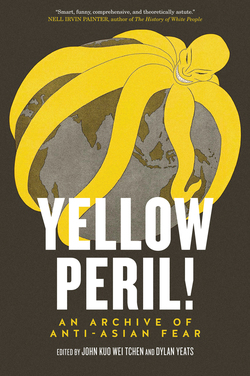