Available for pre-order. This item will be available on August 1, 2023.

“A portrait of imperfect people who had the passion and pragmatism to put an end to a brutal and broken system.” – Financial Times

In 1961, when Franco Basaglia arrived outside the grim walls of the Gorizia asylum, on the Italian border with Yugoslavia, it was a place of horror, a Bedlam for the mentally sick and excluded, redolent of Basaglia’s own wartime experience inside a fascist gaol. Patients were frequently restrained for long periods, and therapy was largely a matter of electric and insulin shocks. The corridors stank, and for many of the interned the doors were locked for life. This was a concentration camp, not a hospital.

Basaglia, the new Director, was expected to practise all the skills of oppression in which he had been schooled, but he would have none of this. The place had to be closed down by opening it up from the inside, bringing freedom and democracy to the patients, the nurses and the psychiatrists working in that ‘total institution’.

Inspired by the writings of authors such as Primo Levi, R. D. Laing, Erving Goffman, Michel Foucault and Frantz Fanon, and the practices of experimental therapeutic communities in the UK, Basaglia’s seminal work as a psychiatrist and campaigner in Gorizia, Parma and Trieste fed into and substantially contributed to the national and international movement of 1968. In 1978 a law was passed (the ‘Basaglia law’) which sanctioned the closure of the entire Italian asylum system.

The first comprehensive study of this revolutionary approach to mental health care, The Man Who Closed the Asylums is a gripping account of one of the most influential movements in twentiethcentury psychiatry, which helped to transform the way we see mental illness. Basaglia’s work saved countless people from a miserable existence, and his legacy persists, as an object lesson in the struggle against the brutality and ignorance that the establishment peddles to the public as common sense.

“The anti-asylum movement in 1960s and ’70s Italy forms one of the most fascinating episodes in western psychiatry. John Foot’s richly documented and revealing study of this movement and its pioneer figure, the charismatic radical psychiatrist Franco Basaglia, adds immeasurably to our understanding of the troubled history of mental health care in modern times.”

“In Italy, the literature on Basaglia tends towards either idealisation or demonisation – he’s considered either a secular saint or a dangerous radical. John Foot gives a much more rounded, and fair, portrait of a complicated, committed man.”

“A superb primer on the history of democratic psychiatry in Italy and its triumph over the straitjacket of Bedlam.”

“A scholar steeped in the twists and turns of Italian history of the 20th century … Foot has made wonderful use of [the materials of the Basaglia archive] … exploring them through the lens of the politics and fractured nature of the country itself.”

“It is fashionable in some quarters to laugh at the radical left of the 1960s. The Man Who Closed the Asylums feels refreshing in that regard — as a portrait of imperfect people who had the passion and pragmatism to put an end to a brutal and broken system.”

“Foot’s impassioned story reminds us that the future is neither immutable nor ordained, and that small groups of people in peripheral places can change history.”

“Brings this diversity, richness and complexity to life in an exemplary fashion, illuminating all its different manifestations and contradictions... A triumph of committed scholarship”

“John Foot stresses throughout his exemplary account [that] myth and reality aren't easily separated in Basaglia's story... Foot restores a critical distance that makes it possible to present Basaglia's achievements as part of a wider story. In Italy, it took more than one man to close the asylums.”

“A brilliant historical reconstruction of the work and ideas of one of the world’s leading exponents of critical psychiatry.”

“Peopled by a cast of extraordinary characters – patients, colleagues, friends and enemies – revolving around the charismatic and now legendary psychiatrist Franco Basaglia, John Foot’s sympathetic account de-mythologises the reform by uncovering little-known precedents, distancing Basaglia from anti-psychiatry and situating his work within Italian radical politics of the late 1960s. Indispensable reading for anyone interested in psychiatric reform.”

– Howard Caygill, author of On Resistance

“An important work by John Foot … should put to rest the badly-informed, lazy narrative that still prevails to the effect that Franco Basaglia was an idealist – an ‘anti-psychiatrist’ – who, at a stroke, disempowered doctors to certify someone as insane with disastrous results.”

“However strong the spirit of 1968, it will not eradicate the institutional impulse from human societies.” 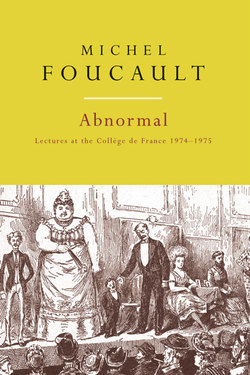 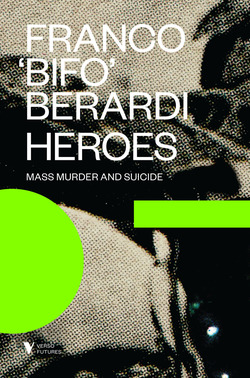 Heroes
by Franco “Bifo” Berardi
30% off