Man Tiger
A Novel
by Eka Kurniawan Translated by Labodalih Sembiring Introduction by Benedict Anderson
Paperback
Paperback with free ebook
$19.95$13.9630% off
192 pages / September 2015 / 9781781688595
Ebook
Ebook
$9.99
Read on any device
September 2015 / 9781781688618
Winner of the Financial Times Emerging Voices Fiction Award 2016, and longlisted for the Man Booker International Prize 2016
A wry, affecting tale set in a small town on the Indonesian coast, Man Tiger tells the story of two interlinked and tormented families and of Margio, a young man ordinary in all particulars except that he conceals within himself a supernatural female white tiger. The inequities and betrayals of family life coalesce around and torment this magical being. An explosive act of violence follows, and its mysterious cause is unraveled as events progress toward a heartbreaking revelation.

Lyrical and bawdy, experimental and political, this extraordinary novel announces the arrival of a powerful new voice on the global literary stage.

"Without a doubt the most original, imaginatively profound, and elegant writer of fiction in Indonesia today" – Benedict Anderson

“Brash, worldly and wickedly funny, Eka Kurniawan may be South-East Asia’s most ambitious writer in a generation... Eka is shaping up to be [Indonesia's] Murakami: approaching social concerns at an angle rather than head-on, with hefty doses of surrealism and wry humour.”

“Tight, focused and thrilling. Like a good crime novel, Man Tiger works best when read in a single sitting, and its propulsive suspense is all the more remarkable because Kurniawan reveals both victim and murderer in the first sentence.”

“A supernatural tale of murder and desire fascinatingly subverts the crime genre… Kurniawan’s writing demonstrates an affinity with literary heavyweights such as, yes, García Márquez and Dostoevsky.”

“Against the killings of those years and the collective amnesia used to blank out the fate of [Indonesia’s] victims—a kind of second death, as it were—Kurniawan’s fiction summons its legions of ghosts. Against the strongmen who presided over violence and abuse, it raises the dead Dewi Ayu and brings to life a magic tigress hungry for justice.”

“Kurniawan creates a vivid sense of poverty and rural isolation and weaves magic realism into his narratives to terrific effect. It’s easy to see why he is being compared to Gabriel García Márquez and hailed as one of the leading lights of contemporary Indonesian fiction.”

“[It’s] telling that many have deemed Kurniawan the next Pramoedya Ananta Toer, an acclaimed pioneer of socialist realism.”

“Without a doubt the most original, imaginatively profound, and elegant writer of fiction in Indonesia today: its brightest and most unexpected meteorite.”

“In terms of the literary novel, the year’s most stirring revelation is Eka Kurniawan … Imagine if Gogol adapted the films of Weerasethakul into novels.”

“The world Kurniawan invents is familiar and unexpected, incorporating mystery, magical realism, and folklore … Biting and beautiful … This wild and enthralling novel manages to entertain while offering readers insight into the traditions of a little-known South East Asian culture. Kurniawan has officially put the West on notice.”

“Man Tiger is a novel of mystery, suspense, and magical realism … Kurniawan has already been compared to writers like Gabriel García Márquez, so he’s for sure one to put on your list.”

“I can’t think of another instance in which a writer debuted in English translation by being simultaneously published by two esteemed houses. Such is the case with Eka Kurniawan, an Indonesian novelist of remarkable prowess who seems destined to join the ranks of our great storytellers like Salman Rushdie and Gabriel Garcia Marquez.”

“Man Tiger may not seem like much of a murder mystery, given that the opening words reveal who killed whom, yet in retracing the steps that led to the crime, as ‘cut and dried’ as it seems, and in exploring the motive behind it—revealed only at the book’s conclusion—Kurniawan keeps the reader in mystery-like suspense.”

“One of the few influential writers in Indonesia.”

“A slim, wry story…at once elegant and bawdy, experimental, and political.”

“What good fortune that English-speaking readers may now find ourselves enchanted, confronted, and perhaps transformed by Kurniawan’s work.”

“[Man Tiger is] signature Kurniawan in its serious playfulness. It alternates flash and inner quiet. We feel everything from the tenderness of family meals to the roughness of a torn jugular.”

“Intense, thrilling and violent … Ferocious tale of a Javanese anti-hero.” 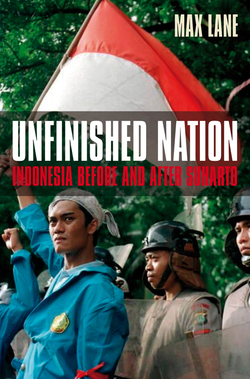