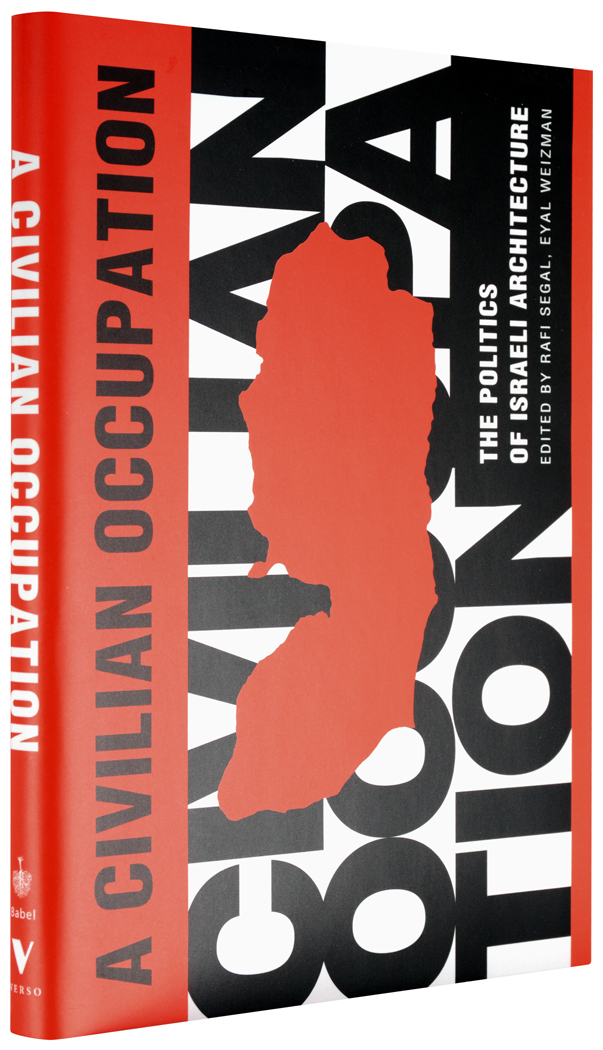 Israeli architects, scholars, journalists, and photographers highlight the role of architecture in the Middle East conflict.

Bringing together essays and photographs by leading Israeli practitioners, and complemented by maps, plans and statistical data, A Civilian Occupation explores the processes and repercussions of Israeli planning and its underlying ideology. It demonstrates how, over the last century, planning and architecture have been transformed from everyday professional practices into strategic weapons in the service of the state, which has sought to secure national and geopolitical objectives through the organization of space and in the redistribution of its population. In fact, as the book shows, Israeli architecture has consistently provided the concrete means for the pursuit of the Zionist project of building a national home for the Jewish people in the Land of Israel. As such, it is the first study to supplement the more familiar political, military and historical analysis of the Israel-Palestine conflict with a detailed description of the physical environments in which it is played out.

“The concept of building the state of Israel was long central to the Zionist dream. But after Israel's independence in 1948, the phrase took on a more literal meaning. A half-century later, this slice of history helps explain the intensity of a dispute currently dividing Israeli architects. Some argue that the architectural profession has, perhaps unwittingly, contributed to escalation of the Israeli-Palestinian conflict. Others respond that architecture is neither political nor ideological and, as such, has nothing to answer for.”

“An incriminating piece of work that shows how deeply implicated Israeli architects have been in the state's expansionism.”

“The Israel Association of United Architects thinks that these ideas are not architecture.”

– Uri Zerubavel, chair of the IAUA

“The Politics of Israeli Architecture undertook the first detailed examination of the spatial form of Israeli settlements in the West Bank, examining how their physical layout is informed by the politics behind them.”

“A Civilian Occupation is a stinging critique of the Israeli architectural community's role in the rapid colonization of the Occupied Territories, particularly the West Bank. With strongly argued, detailed maps and dramatic aerial photographs, it shows how 800-plus Israeli settlements—architect-designed, strategically perched on hilltops and sealed to Palestinians—are the keys to government control of the Territories.”

“A Civilian Occupation is a damning study of the politics of 'settlement.' The architects show how ancient techniques (seizing the nearest strategic hilltop) and modern ones (print advertising to entice settlers) have been combined to accomplish what is, euphemisms notwithstanding, an imperialist campaign.”

“Metropolitics of horror: Globalization is certainly not the end of the world, but nevertheless, it seems like a 'journey to the center of the earth.' In this hyper-center, everything is telescoped under the formidable pressure of media and events in a false proximity that has nothing real except its own communicative hysteria. All, all at once! That is today's axiom of globalization. Hence, instead of ancient geopolitics—the territorial extents managing the necessary intervals of space between the states—emerges a metropolitics of the instant where the clash is permanent. From now on, this 'axis of the world' has only one name, Jerusalem, the holy city that became the suicidal resonance box of the new milllennium. ... Therefore, it is only logical that Israeli architects would wake up and revolt against the atrocities. But can we still listen to the builders, when the demolishers are recruiting everywhere, sometimes even among architects, as the example of one of the perpetrators of the 9/11 attacks shows?”

“This remarkable collection indicts, with remarkable clarity, the role played by architecture in both the politics and practices of occupation. It exposes the tragic dissonance between an architectural culture born of optimistic and ameliorative dreams and its now willing collusion in the ugliest of repressions. ... A Civilian Occupation, in sadness and anger, points up the ultimate irony, the way in which those white colonies, so arrogant on their hilltops, simultaneously promote the ghettoization of Israelis and Palestinians both. Here, once again, the putative 'rationality' of technocratic solutions proves to be—in its chilling banality—a truly modern form of evil.”

“It is a disheartening destiny that, unlike the agricultural settlements of left-wing Zionism, these arrogant latter-day Israeli encampments have settled nothing, least of all the land itself. In a score of aerial photographs one can observe the paradox of suburban, hill-top fortresses, totally and utterly inimical to the culture of an ancient landscape. ...As mentioned in this book, no future resolution of the conflict will ever be able to heal the scar inflicted by this tragic combination of political and topographic violence.”