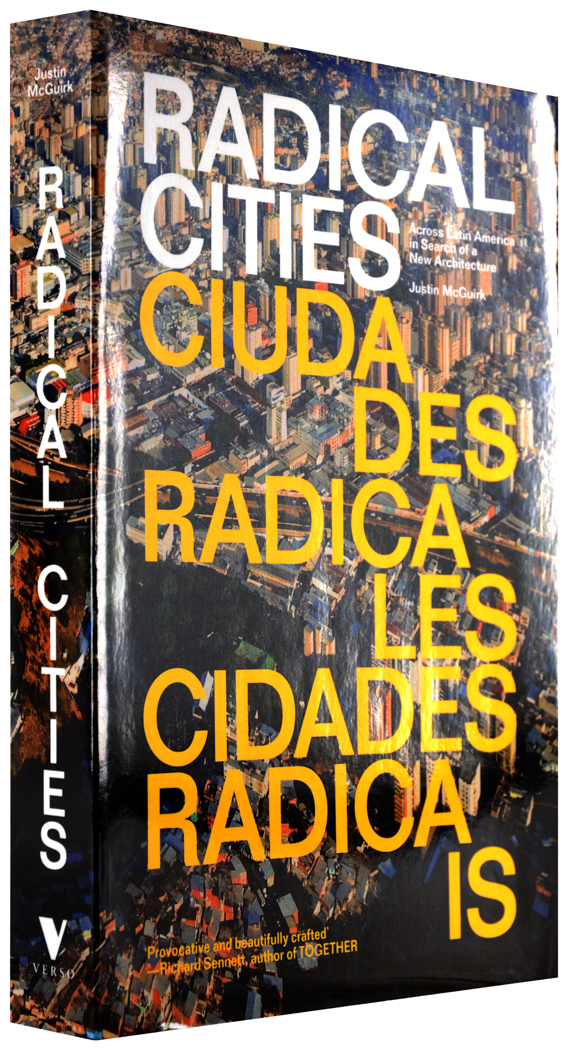 “An intriguing picture of an activist urbanism and architecture that has made a real difference.” – Edwin Heathcote, Financial Times

What makes the city of the future? How do you heal a divided city?

Ever since the mid twentieth century, when the dream of modernist utopia went to Latin America to die, the continent has been a testing ground for exciting new conceptions of the city. An architect in Chile has designed a form of social housing where only half of the house is built, allowing the owners to adapt the rest; Medellín, formerly the world’s murder capital, has been transformed with innovative public architecture; squatters in Caracas have taken over the forty-five-story Torre David skyscraper; and Rio is on a mission to incorporate its favelas into the rest of the city.

Here, in the most urbanised continent on the planet, extreme cities have bred extreme conditions, from vast housing estates to sprawling slums. But after decades of social and political failure, a new generation has revitalised architecture and urban design in order to address persistent poverty and inequality. Together, these activists, pragmatists and social idealists are performing bold experiments that the rest of the world may learn from.

Radical Cities is a colorful journey through Latin America—a crucible of architectural and urban innovation.

– Richard Sennett, author of Together

“In this inspiring book, McGuirk goes right to the heart of the dilemmas facing architecture and cities today. With its powerful prose and deep insights, Radical Cities reboots the potential of architecture to have social and political meaning, taking us through an unforgettable journey through the contested spaces of Latin America urbanism.”

“In his fine and timely book Radical Cities, the British writer and curator Justin McGuirk takes a road trip to seek out not only the problems caused by rapid growth but also the most radical and influential ideas to have emerged in response over the past couple of decades … an intriguing picture of an activist urbanism and architecture that has made a real difference.”

“A series of remarkable interventions across Latin America that seek to align architecture, planning, and infrastructure with the needs of disenfranchised people who seek to live in decent, democratic, and functional environments.”

– Michael Sorkin, author of All Over The Map

“Makes the case for action in cities once again. This book is a generational call written without easy utopianism or fatal disillusionment about a new social consciousness in architecture and urban design.”

“Writing with verve and purpose, McGuirk explores how a new generation is developing strategies to build equitable communities in Latin America.”

“Radical Cities is an exhilarating tour of the continent—a collection of stories that demonstrates great ingenuity in the harshest of circumstances.”

“The whole world over people move from the countryside into the city, but nowhere is this movement and its consequences so dramatic as in Latin America … The architecture critic Justin McGuirk travelled the continent and spoke with architects, politicians and campaign groups to try to understand how to respond to this threatening phenomenon. Radical Cities is the name of his book in which, with bitter irony, he first establishes that it is precisely in Latin America, where architects such as Oscar Niemeyer realised social-utopian architecture more than anywhere else, that the models of social building failed. And yet McGuirk is neither fatalist, nor dreamer. He points out problems, but also describes some fascinating approaches to try to mitigate them.”

“Justin McGuirk’s fascinating study shows that Latin American cities have much to teach the world's architects.”

“Radical Cities is a fast-paced journey across the region’s cities where the author meets the people who are moulding social change in suburbs across Latin America … A real strength of McGuirk’s analysis is its contextual and historical sensitivity, which takes into account the unique circumstances of each country, city and community … For those of us disillusioned by the current social housing … The lesson to be learned is the need to bring creativity and innovation to address the challenges of our cities.”

“This is an engagingly-written, continent-wide introduction to the ways in which a couple of generations of Latin American architects and urban planners have contended with issues such as social housing, transportation and even the border.”

All Over the Map
by Michael Sorkin
40% off