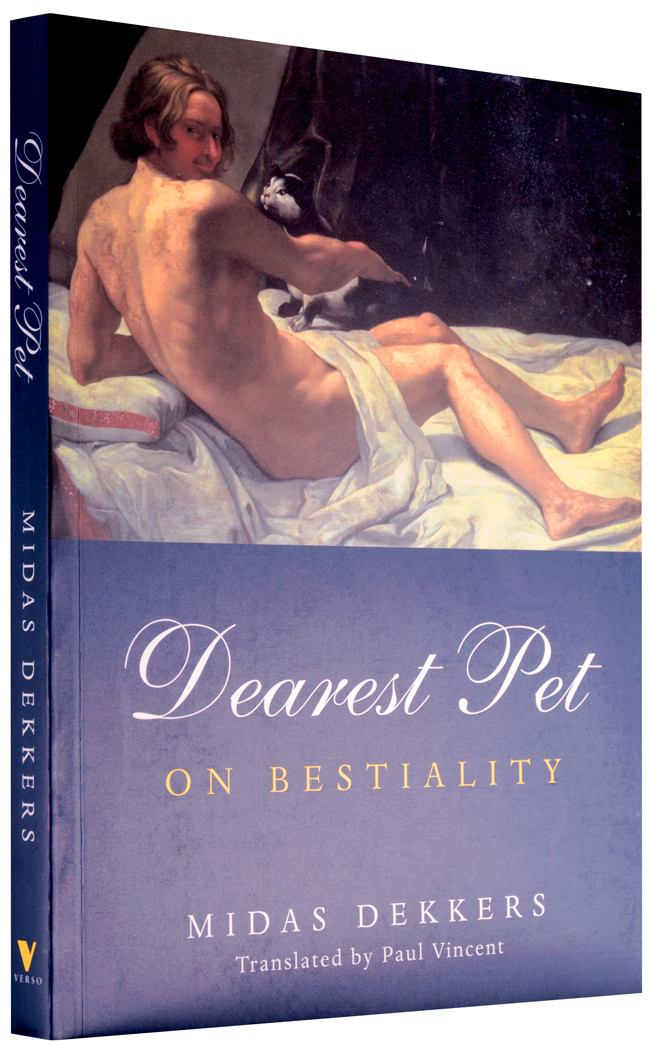 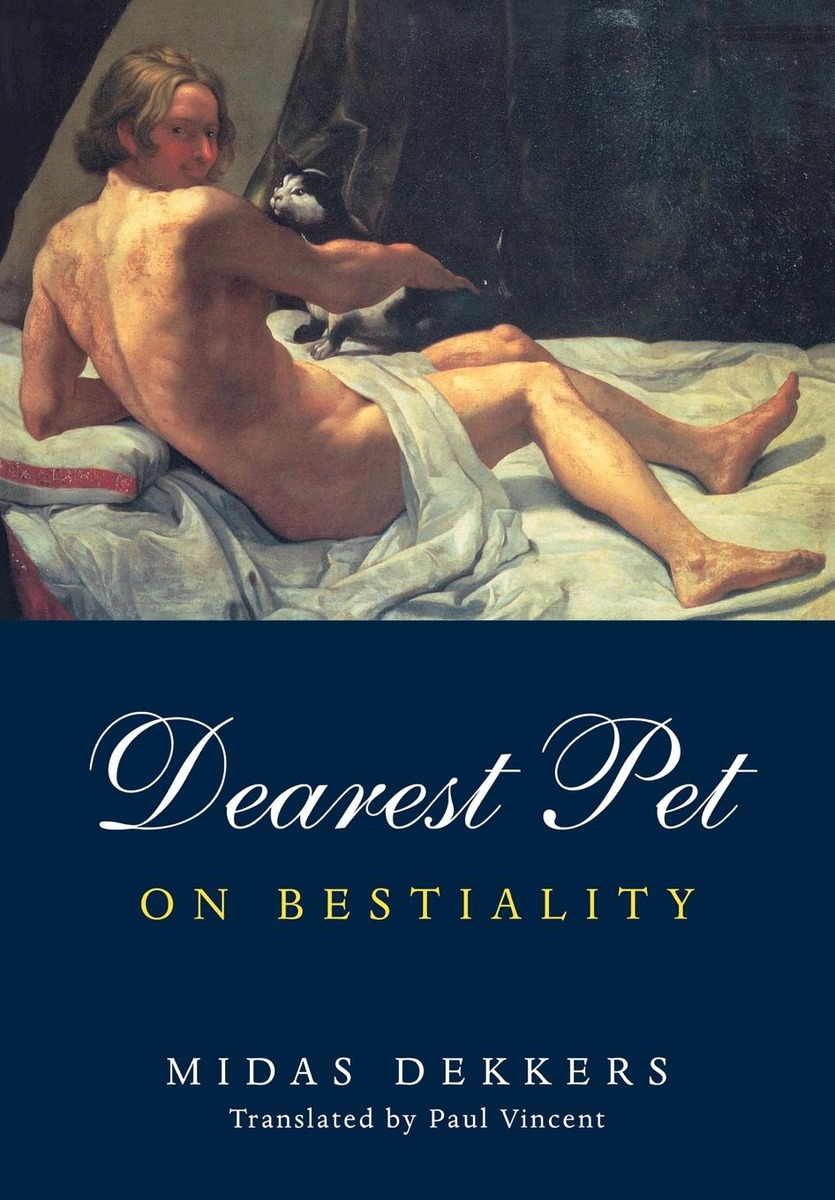 “People love animals—a stroke here, a pat there, a quick nuzzle in that gorgeous fur … the amount of cuddling they get can make you jealous. In Holland, dogs are caressed more than people. Not as thoroughly, though: that one spot, somewhere down below, generally remains untouched …” Generally, but certainly not always. Kinsey’s research showed that 8 per cent of men and 3.5 per cent of women had had sex with an animal, and that in rural areas the figure for men was closer to 50 per cent. Yet bestiality is almost universally condemned. While our love for animals is extolled as noble and “natural,” all erotic elements in the relationship between humans and other species are vilified and proscribed, thus consigning them to the realm of exotic pornography or crude innuendo.

Even so, something remains of physical love for animals. In different forms, sublimated or occasionally celebrated, its traces can be found throughout art and popular culture: in Leda and the Swan, Beauty and the Beast or the Lorelei; in a lubricious menagerie of satyrs and centaurs, wolfmen and vampires, all the way through to King Kong and Fritz the Cat, pony clubs and amorous dolphins, or even advertisements for luxury catfoods.

Dearest Pet uncovers and explores those traces, illuminating the ambivalence of human attitudes to cross-species sexuality. Its author, the biologist and broadcaster Midas Dekkers, has analysed bestiality in all its aspects—physical, psychological and legal—and examined its representations in religion and mythology, art and literature, pornography and advertising. Beautifully—and sometimes bizarrely—illustrated, his book is neither drily academic nor pruriently trivial, but erudite, witty and challenging: the first history of the last taboo. A book for animal lovers, and for those who are just their good friends.

“A frisky and erudite romp that rambles from discussions of myth and art to psychology and sexology … Dekkers’s book is never prurient, but it bears the unmistakable flair of a true enthusiast.”

“[Midas Dekkers] writes in a fluent, virtuoso, playful style, with striking comparisons, neat formulations and most of all with great flair. He has an unsurpassed gift for unearthing the oddest details in the biological field; his view of animals is unsentimental, but not without feeling, and some of his short sketches rank with the most moving literature on animals.” 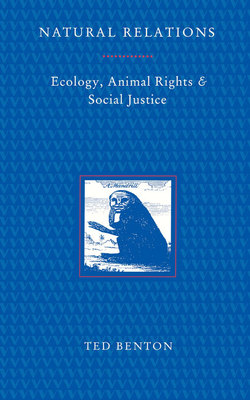 Natural Relations
by Ted Benton
40% off 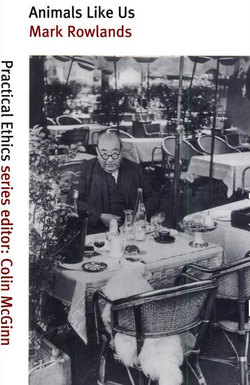