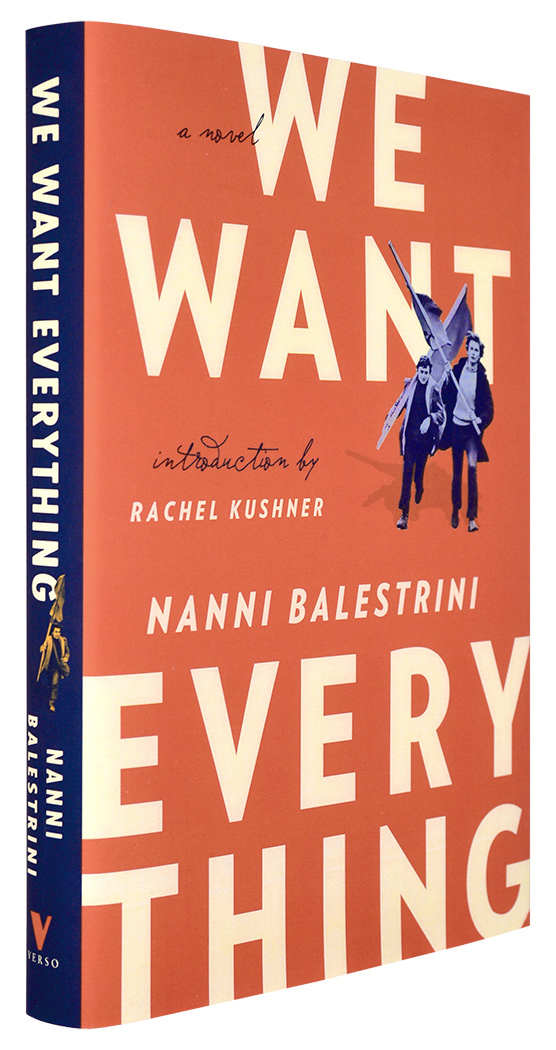 It was 1969, and temperatures were rising across the factories of the north as workers demanded better pay and conditions. Soon, discontent would erupt in what became known as Italy’s “Hot Autumn.”

A young worker from the impoverished south arrives at Fiat’s Mirafiori factory in Turin, where his darker complexion begins to fade from the fourteen-hour workdays in sweltering industrial heat. He is frequently late for work, and sells his blood when money runs low. He fakes a crushed finger to win sick leave. His bosses try to withhold his wages. Our cynical, dry-witted narrator will not bend to their will. “I want everything, everything that’s owed to me,” he tells them. “Nothing more and nothing less, because you don’t mess with me.”

Around him, students are holding secret meetings and union workers begin halting work on the assembly lines, crippling the Mirafiori factory with months of continuous strikes. Before long, barricades line the roads, tear gas wafts into private homes, and the slogan “We Want Everything” is ringing through the streets. Wrought in spare and measured prose, Balestrini’s novel depicts an explosive uprising. Introduced by Rachel Kushner, the author of the best-selling The Flamethrowers, We Want Everything is the incendiary fictional account of events that led to a decade of revolt.

Read the first two chapters in our free We Want Everything ebook sampler.

“A fine example of a literary use of expressions that were then burgeoning in factories and mass meetings, caught between student unrest and worker fury.”

– Umberto Eco, author of The Name of the Rose

“In this fierce, compelling novel, Balestrini has found a way to individualise the universal, and universalise the individual, creating a document of the Italian labour struggles of the 1970s that has great value both as art and history. Balestrini becomes a channel for the working-class narrator, who stands for all the Southern masses who come north to the car factories to participate in the Italian ‘economic miracle.’ It’s a book which charted a new course for fiction, one that deserves further exploration.”

“We would do well to study how it was that Balestrini made politics and fiction and art, all in once place...one of the most compelling pieces of literature of the entire second half of the twentieth century.”

“One of the best novels of 2016 … Nothing could seem further from or more relevant to our historical moment.”

“Only Balestrini … has succeeded in reconciling the tragic—epic spirit of the revolutionary movement and the ironic—combinatorial spirit of literary experimentation … [We Want Everything] is probably the most important Italian literary work of the 1960s.”

– Franco “Bifo” Berardi, author of Heroes and The Soul at Work

“As demands arise again that echo the demands of the period—less work, more pay, more leisure, guaranteed income—We Want Everything sends a stirring reminder that these are not new demands, and that although it is a new generation rising to the challenge, it is the same fundamental struggle that continues.”

“Balestrini was present during the 'Hot Autumn' he depicts in this arresting novel, and he follows the young Italian workers with a clear eye and spare prose.”

“We Want Everything dramatically and ecstatically captures a historical moment. It is an exciting tale resplendent in emotion about a movement that engulfed the factories of Italy in the late 1960s and was part of a greater political and cultural challenge to the überlords of the world’s capitalist class”

Matt Holden's translation of Nanni Balestrini's We Want Everything has been shortlisted for the American Literary Translators Association's 2017 Italian Prose in Translation Award.