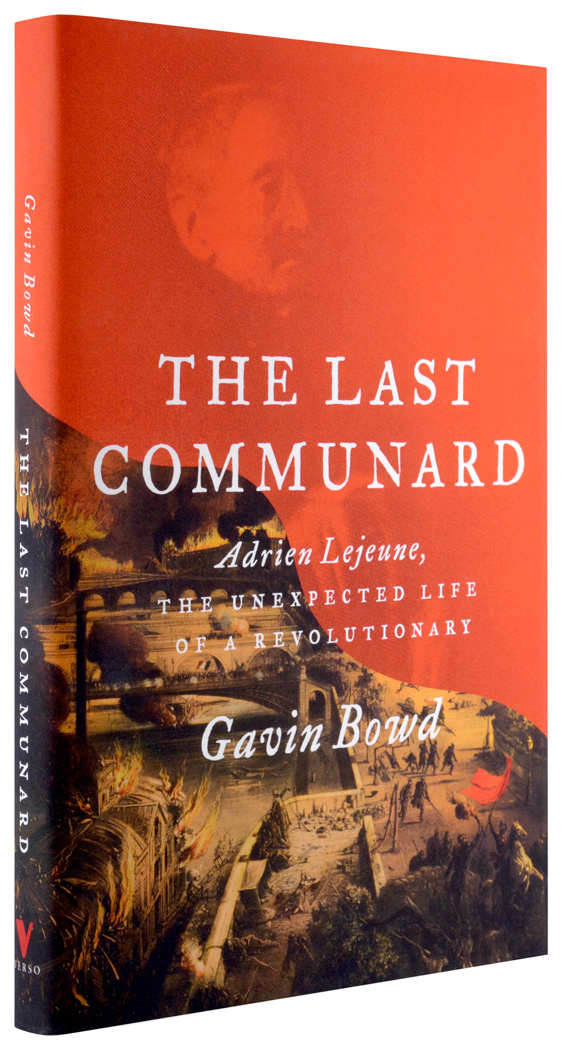 The story of an unexpected hero

The Last Communard offers a brilliant, striking portrait of revolutionary Europe through a remarkable personal story.

“Adrien Lejeune is among those men whose lives embrace history, allowing us to meditate on a century of insurrections and revolutions, victories and defeats. Gavin Bowd not only details Lejeune’s life, but also the constitution of his legend, and the inevitable gap between them. In this way, Bowd reminds us of the importance stories have in the fight for emancipation, stories that, despite the decline of the ‘communist hypothesis,’ still haunt us.”

– Eric Hazan, author of The Invention of Paris

“A life spanning the Commune, the French Communist party and honoured exile in the USSR made Lejeune an exemplar of the official story of the Commune sustained by the communist movement across the 20th century, as the great precursor of the Soviet socialist state. Bowd’s book explodes this myth with great ruthlessness...it firmly slams shut one story of the Commune – one where it served as little more than a failed rehearsal for the USSR – and in doing so, makes others possible.”

“Lejeune, a herbalist, was an unenthusiastic participant in the Paris Commune of 1871; it nevertheless changed his life. After a harsh spell of imprisonment, he moved into the fringes of left-wing politics and eventually, in his seventies, into the twentieth-century Communist Party. With other elderly militants, he retired to the workers’ paradise of the Soviet Union. An accident of longevity made him finally the sole survivor of the Commune, carefully looked after even amid the horrors of the German invasion, from which he took refuge in Siberia, dying in 1942 at the ripe old age of ninety-five. Gavin Bowd tells this strange story well, casting a clear light into many previously obscure corners. He shows the lasting importance of the Paris Commune in the Marxist–Leninist historical narrative, in which Lejeune became the last tangible link between the nineteenth-century French revolutionary tradition and the Soviet Union.”

– Robert Tombs, University of Cambridge, author of The War Against Paris, 1871

“This story of a man who fought in the Paris Commune in 1871 and died in Siberia in 1942, sounds as if it should be stranger than fact.”

On the Paris Commune: Part 1

The first installment of a new text by Stathis Kouvelakis on the development, events and legacy of the Paris Commune, published in three parts across the week.

Henri Lefebvre: The proclamation of the Commune 26th March 1871

Henri Lefebvre's account of the ideology of the Paris Commune, newly translated into English

Gustave Lefrançais has been unfairly overlooked in accounts of significant actors in the Paris Commune, argues Daniel Bensaïd.