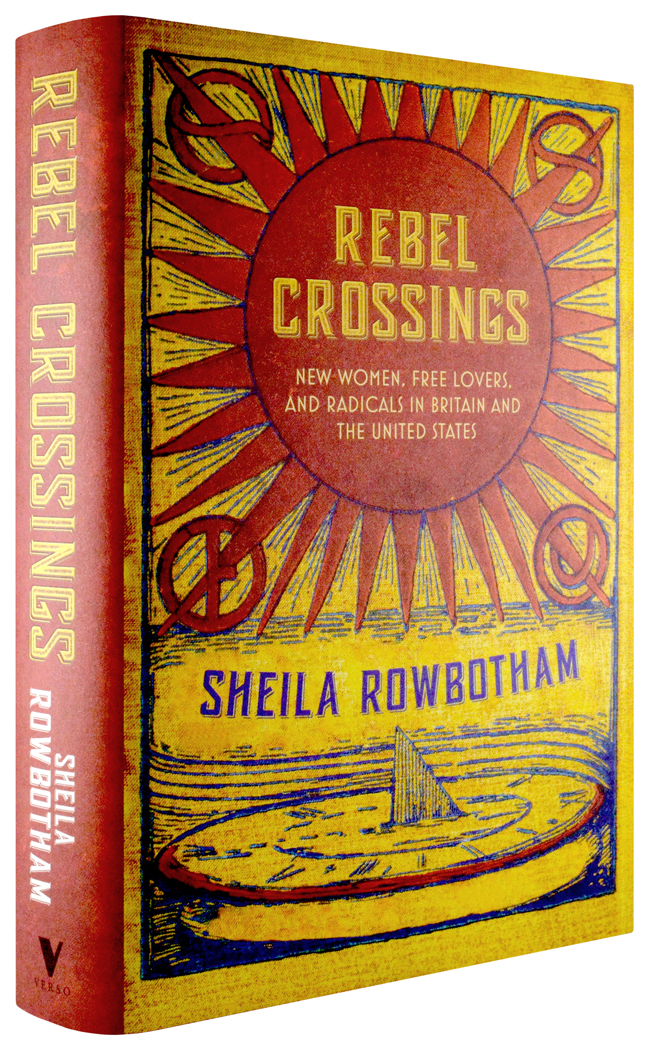 Rebel Crossings relates the interweaving lives of four women and two men as they journey from the nineteenth to the twentieth century, from Britain to America, and from Old World conventions toward New World utopias. Radicalised by the rise of socialism, Helena Born, Miriam Daniell, Gertrude Dix, Robert Nicol and William Bailie cross the Atlantic dreaming of liberty and equality. The hope for a new age is captured in the name Miriam and Robert give their love child, born shortly after their arrival: Sunrise. A young Bostonian, Helen Tufts learns of Miriam’s defiant spirit through her close friendship with Helena; the love she feels for Helena and later for William fundamentally alters her life.

All six are part of a wider historical search for self-fulfillment and an alternative to a cruelly competitive capitalism. In articles, poems and allegories Helena, Helen and Miriam resist the cultural constraints women face, while female characters in Gertrude’s novels struggle to combine personal happiness with radical social commitment. William campaigns against class inequality as a socialist and an anarchist while longing to read and study. Robert, the former union militant, becomes preoccupied with personal growth and mystical enlightenment in the wilds of California.

Rebel Crossings offers fascinating perspectives on the historical interaction of feminism, socialism, and anarchism and on the incipient consciousness of a new sense of self, so vital for women seeking emancipation. These six lives bring fresh slants on political and cultural movements and upon influential individuals like Walt Whitman, Eleanor Marx, William Morris, Edward Carpenter, Patrick Geddes and Benjamin Tucker. It is a work of significant originality by one of our leading feminist historians and speaks to the dilemmas of our own time.

“Rowbotham is one of Britain’s most important, if unshowy, feminist thinkers”

“An immersive book with a gripping narrative drive and it will make you wonder why stories like this are usually ignored by historians.”

“Miriam and Robert are two of a cast of six fin-de-siècle figures that Sheila Rowbotham has unearthed, all courageous in defying convention and fighting to bring a new world into being. Rowbotham is the right person to tell this story. She has spent her career writing about historical attempts at liberation and has herself become a doyenne of the feminist movement...The stories she has uncovered are timely because the principles they prize are under threat.”

“Rowbotham gives us a unique flavour of the era and insight into the bravery, boldness, imagination and occasional wackiness of a period in left-wing British and American history... a first-rate piece of social history, a well-paced and extraordinarily well-organised narrative”

“Like the radicals of the sixties who shaped Rowbotham, the subjects of her new book connected their political action to their pursuit of personal transformation and spiritualism…Rebel Crossings […] is animated by this idea, as essential now as ever, that socialism and feminism are inseparable.”

“[A] monumental work of research…[Rowbotham] follows the lives and loves and the endlessly mutating politics and enthusiasms of four women and two men who sought a utopian way of life.”

– Jane Miller, In These Times

“Rowbotham is a leading feminist historian, and an unapologetic utopian ... Rebel Crossings is crammed with hopeful visions from the past”

“Clear and even stylish”

“This is a story of individuals involved in the anarchist movement, tied together by love, friendship and politics…[A] very human work about what it means to be human. Sheila Rowbotham has created a wonderful text that is at the very least a unique history, a fascinating romance, and a travelogue.”

“I can’t wait to read this… Juicy historical gossip for nerds.”

“Rebel Crossings approaches this subject of what we might call radical overlap by way of fascinating, free spirited individuals, often personally lost in the need to make a living and make a meaningful life for themselves...If they exert no memorable political effect and would be lost to history without the staggering archival work of Rowbotham, still, they have a lot to tell us...Rowbotham has entered their lives almost as if they were her contemporaries, the political and cultural dreamers of the 1960s-70s, generations later still sure something far better could be worked out, as much personally as politically.”

“An example of meticulous research in resurrecting forgotten lives.”

“Like the best fiction, it is the sweeping narrative of sympathetic characters and noble acts that makes us want to keep on reading. Rebel Crossings is epic-like in its intimate portrait of individuals who went against the grains of their times … Rowbotham has succeeded in the daunting task of making sense of lives lived in the gaps of history.”