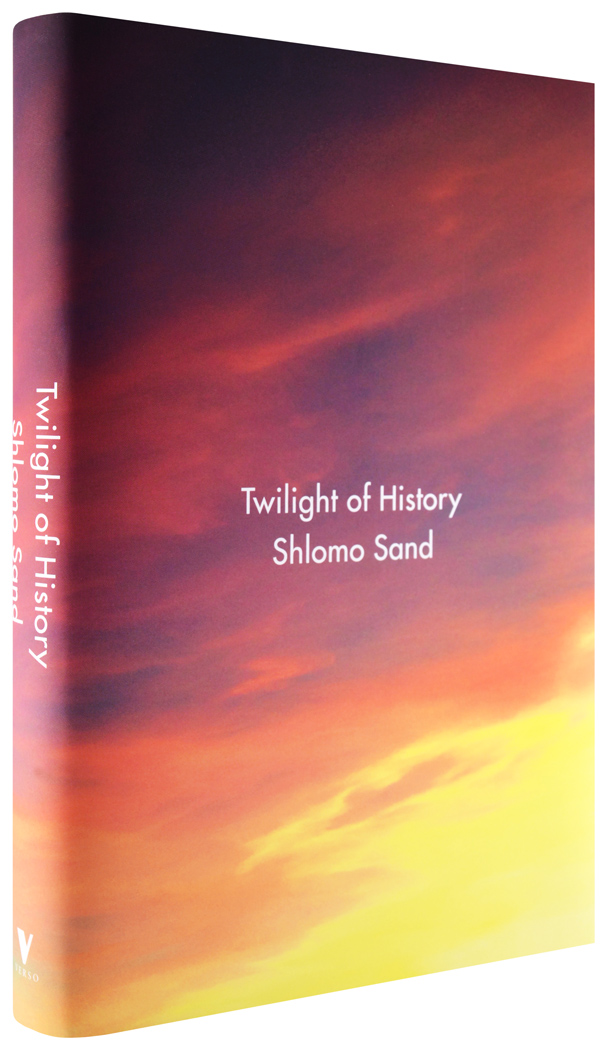 On its publication in 2009, Shlomo Sand’s book The Invention of the Jewish People met with a storm of controversy. His demystifying approach to nationalist and Zionist historiography provoked much criticism from other professional historians, as well as praise. The furore gave him a privileged position to consider his academic discipline, which he reflects on here in Twilight of History.

Drawing on four decades in the field, Sand takes a wider view and interrogates the study of history, whose origin lay in the need for a national ideology. Over the last few decades, traditional history has begun to fragment, yet only to give rise to a new role for historians as priests of official memory. Working in Israel has sharpened Sand’s perspective, since the role of history as national myth is particularly salient in a country where the Bible is treated as a source of historical fact. He asks such questions as: Is every historical narrative ideologically marked? Do political requirements and state power weigh down inordinately on historical research and teaching? And, in such conditions, can there be a morally neutral and “scientific” truth?

Despite his trenchant criticism of academic history, Sand would still like to believe that the past can be understood without myth, and finds reasons for hope in the work of Max Weber and Georges Sorel.

“Sand makes a convincing case against linear history, retrospectively invented continuities, anachronistic or ahistorical transpositions. He stresses the necessity of situating one’s own point of view, contextualizing and historicizing events, bringing to light bifurcations, paths not taken, contradictions and possibilities. And above all, of never sticking to the views of the dominant and the victors.”

“Shlomo Sand asks ironically and seriously whether Clio’s days are not numbered. In Twilight of History he retraces the broad lines of humanity’s evolution and questions our relationship to antiquity and Christianity as foundations of Western civilization … Sand recalls that the discipline owes its institutionalization to the establishment of nation-states, given the task of retracing their origins and fuelling their glory, and he asks how far it can survive these.”

“After Israel, it is Clio, the muse of history, who is the object of Sand’s rigorous examination, with such painful questions as whether we have to accept the impossibility of a morally neutral history. Is history not basically a ‘concealed theology,’ as Nietzsche saw it, designed to build and maintain the foundation myths of nations? At the end of an essay illuminated by personal touches, the pillars of historical self-evidence fall one after the other: Greek ‘heritage,’ Eurocentrism, arbitrary periodization. Venturing outside the carapace of his specialization, Shlomo Sand sees far, and brings a fresh breeze to arid certainties.”

“The Israeli historian has a magisterial work behind him. No one has better shown how a national history is fabricated and constructed on the sands of an ideology. What Shlomo Sand now offers us generalizes this argument, and we can only salute his erudite presentation of the establishment of history as a ‘science’ in the service of national passions. His chapter titles, ‘Undoing the Myth of Origins,’ ‘Escape from Politics?,’ ‘Probing the Truth of the Past’ are so many stimulating injunctions.”

“Sand does not just make the case against a certain historical narrative, he also rumples the historians, including such contemporary icons as the founders of the Annales school, Marc Bloch and Lucien Febvre, whom he reproaches of indifference in their studies to the great political affairs of their time, Nazism, Stalinism and Judeophobia. In this time of reform of history teaching and rehabilitation of great republican myths, Shlomo Sand’s simple but indispensable message is to beware of ourselves.”

“Eminently readable, almost entirely free of theoretical jargon, and ... of clear importance for both politics and education.”