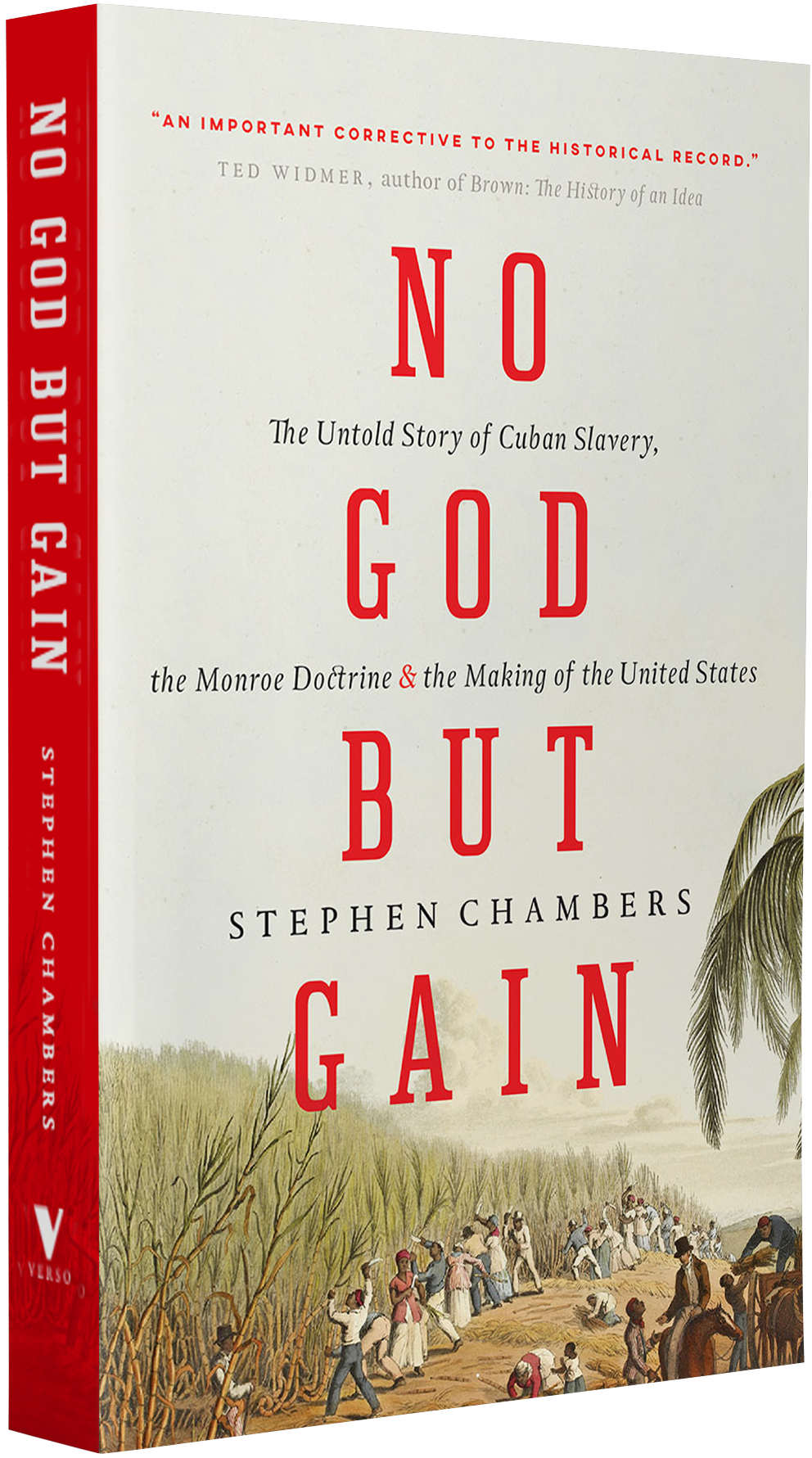 From 1501 to 1867 more than 12.5 million Africans were brought to the Americas in chains, and many millions died as a result of the slave trade. The US constitution set a 20-year time limit on US participation in the trade, and on January 1, 1808, it was abolished. And yet, despite the spread of abolitionism on both sides of the Atlantic, despite numerous laws and treaties passed to curb the slave trade, and despite the dispatch of naval squadrons to patrol the coasts of Africa and the Americas, the slave trade did not end in 1808. Fully 25 percent of all the enslaved Africans to arrive in the Americas were brought after the US ban – 3.2 million people.

This breakthrough history, based on years of research into private correspondence; shipping manifests; bills of laden; port, diplomatic, and court records; and periodical literature, makes undeniably clear how decisive illegal slavery was to the making of the United States. US economic development and westward expansion, as well as the growth and wealth of the North, not just the South, was a direct result and driver of illegal slavery. The Monroe Doctrine was created to protect the illegal slave trade.

In an engrossing, elegant, enjoyably readable narrative, Stephen M. Chambers not only shows how illegal slavery has been wholly overlooked in histories of the early Republic, he reveals the crucial role the slave trade played in the lives and fortunes of figures like John Quincy Adams and the “generation of 1815,” the post-revolution cohort that shaped US foreign policy. This is a landmark history that will forever revise the way the early Republic and American economic development is seen.

“Stephen Chambers brings a bright searchlight to a dark corner of history: the illegal slave trade that was so central to the rise of American capitalism. The book is especially valuable in a historical moment when the legacy of race and slavery haunts American politics.”

– Marcus Rediker, author of The Amistad Rebellion: An Atlantic Odyssey of Slavery and Freedom

“With deep research and narrative style, Stephen Chambers challenges a significant misunderstanding about the so-called Era of Good Feelings. As he shows, the apparent ‘end’ of the slave trade in 1808 did little to stem the growth of slavery in the United States. Through huge investment in Cuba, American interests, including northern interests, deepened their dependence upon slavery and the slave trade, at exactly the moment it was supposed to be in decline. No God But Gain is an important corrective to the historical record.”

– Ted Widmer, author of Brown: The History of an Idea

“Stephen Chambers’ engagingly written new book will grab readers with its narratives from the lives of New Englanders who traveled to Cuba to participate more directly in the exploitation of the half million enslaved Africans brought to the island after the U.S. supposedly banned participation in the Atlantic slave trade and played a crucial role in an era of explosive American economic growth.”

– Edward E. Baptist, author of The Half Has Never Been Told: Slavery and the Making of American Capitalism

“Attentive to intrigue, irony, and violence, this is a bold account that moves from Boston counting houses to Havana consular offices to the halls of Congress, tracing the global circulation of capital, commodities, and slaves that fueled the development of American empire in the early Republic. No God But Gain is full of provocative arguments—not least that liberal trade policy went hand-in-hand with human bondage, and that the Monroe Doctrine was designed to protect the illegal slave trade.”

– Amy Stanley, author of From Bondage to Contract: Wage Labor, Marriage, and the Market in the Age of Slave Emancipation

“Stephen Chambers’ vivid reconstruction of the active involvement of northern investors, merchants, financiers, speculators, and politicians in the expansion of the Cuban slave economy and the international slave trade recasts the history of the early American Republic. It opens new perspectives for interpreting United States history within broader currents of Atlantic history.”

– Dale Tomich, author of Through the Prism of Slavery: Labor, Capital, and World Economy

“Chambers' book is a compelling look at American history prior to the Civil War.”

“Those wishing to understand the roots of modern US foreign policy or the relatively recent bipartisan consensus around an essentially racialized policy of mass incarceration will find Chambers’ study very informative and useful.”

“Detailed attention to the political machinations between New England, Cuban slavery, and Washington results in Chambers’s historic lessons echoing across two centuries, which often read as if they are taken from today’s headlines. The skillful telescoping from specifics to larger and more universal points makes this an engaging read for non-specialists.”

New Perspectives on the Black Atlantic