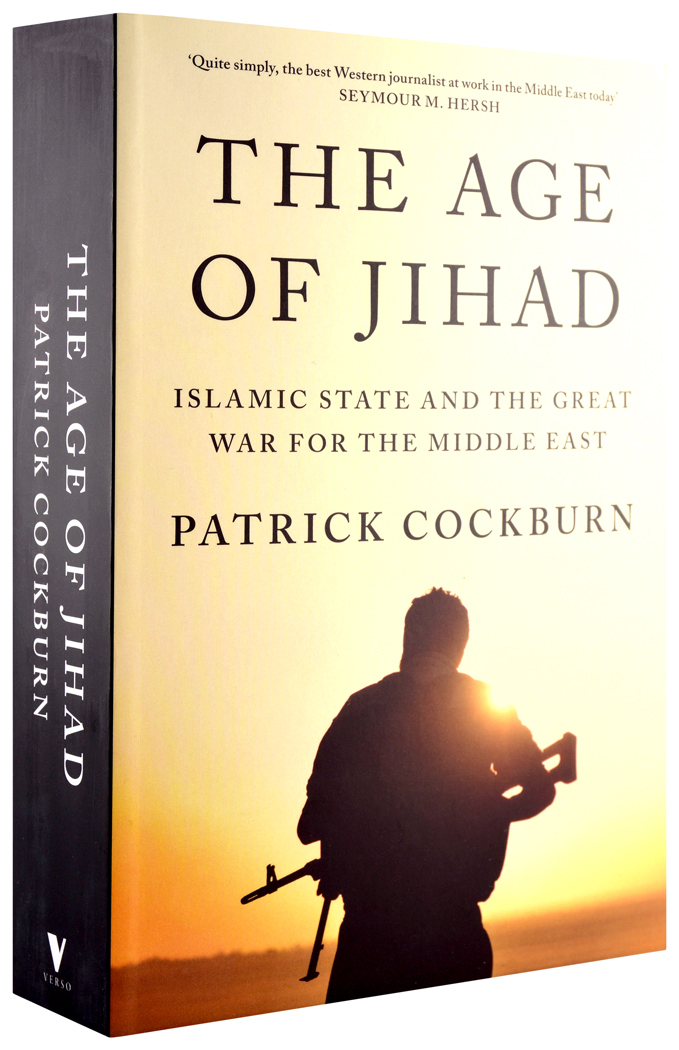 From the award-winning author of The Rise of Islamic State, the essential story of the Middle East’s disintegration

The Age of Jihad charts the turmoil of today’s Middle East and the devastating role the West has played in the region from 2001 to the present. Beginning with the US-led invasion of Afghanistan, Cockburn explores the vast geopolitical struggle that is the Sunni–Shia conflict, a clash that shapes the war on terror, western military interventions, the evolution of the insurgency, the civil wars in Yemen, Libya and Syria, the Arab Spring, the fall of regional dictators, and the rise of Islamic State.

As Cockburn shows in arresting detail, Islamic State did not explode into existence in Syria in the wake of the Arab Spring, as conventional wisdom would have it. The organization gestated over several years in occupied Iraq, before growing to the point where it can threaten the stability of the whole region. Cockburn was the first Western journalist to warn of the dangers posed by Islamic State. His originality and breadth of vision make The Age of Jihad the most in-depth analysis of the regional crisis in the Middle East to date.

“Patrick Cockburn spotted the emergence of ISIS much earlier than anybody else and wrote about it with a depth of understanding that was just in a league of its own. Nobody else was writing that stuff at that time, and the judges wondered whether the Government should consider pensioning off the whole of MI6 and hiring Patrick Cockburn instead. The breadth of his knowledge and his ability make connections is phenomenal.”

– Judges of the Foreign Affairs Journalist of the Year Award 2014

“A fine and courageous journalist, who has displayed a sustained commitment to laying bare the tribulations of the Middle East … This book confirms Cockburn’s reputation as a reporter and analyst.”

“This book is required reading for anyone who wants to try to understand the disaster. It should be compulsory reading for politicians, diplomats, defence chiefs and the academic think-tanks whose members make confident predictions, usually confounded by what follows.”

“It is a brilliant tour d’horizon of the new wars, a chronicle compiled from despatches, notes and diaries. No one could be better placed for this task and no one else could have produced such a lucid and comprehensive account.”

“Quite simply, the best Western journalist at work in the Middle East today.”

“A meticulous and blistering condemnation of US foreign policy in the Middle East.”

“His reports coalesce here, giving life and shape to the forces of terror currently shaping the region and beyond. The book serves as a strong argument for sharpening the mind of each and every politician responsible for the continuing calamity”

“Likely to be a reference for future scholars. Cockburn’s dispatches make for a somber, vivid, and gripping work of eyewitness history.”

“One of the best informed on-the-ground journalists. He was almost always correct on Iraq.”

“A compelling series of dispatches from a journalist who has learned the hard golden rule in Iraq: ‘to forecast the worst possible outcome.’”

“Cockburn wears his opinions on his sleeve—informed opinions, that project an aura of the New (now oldish) Left—so you can get an honest take on his perspective. That perspective can be dizzying, both panoptic and intimate.”

“The greatest living foreign correspondent in English, a writer of understated integrity and compassion, with the necessary balance of indignation and detachment”