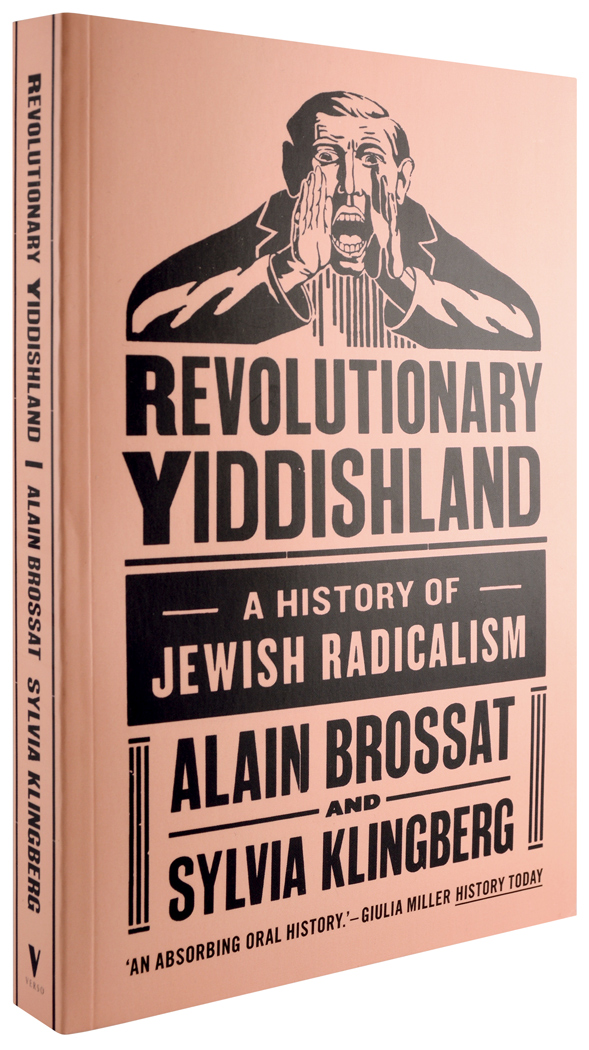 Recovering the history of the revolutionary Jewish tradition

Jewish radicals manned the barricades on the avenues of Petrograd and the alleys of the Warsaw ghetto; they were in the vanguard of those resisting Franco and the Nazis. They originated in Yiddishland, a vast expanse of Eastern Europe that, before the Holocaust, ran from the Baltic Sea to the western edge of Russia and incorporated hundreds of Jewish communities with a combined population of some 11 million people. Within this territory, revolutionaries arose from the Jewish misery of Eastern and Central Europe; they were raised in the fear of God and taught to respect religious tradition, but were caught up in the great current of revolutionary utopian thinking. Socialists, Communists, Bundists, Zionists, Trotskyists, manual workers and intellectuals, they embodied the multifarious activity and radicalism of a Jewish working class that glimpsed the Messiah in the folds of the red flag.

Today, the world from which they came has disappeared, dismantled and destroyed by the Nazi genocide. After this irremediable break, there remain only survivors, and the work of memory for red Yiddishland. This book traces the struggles of these militants, their singular trajectories, their oscillation between great hope and doubt, their lost illusions—a red and Jewish gaze on the history of the twentieth century.

“This rich and poignant and often enthralling record traces the Yiddishland revolutionaries from their East European roots through the years of hope and struggle and hideous crimes to the heroic anti-Nazi resistance and beyond, with fascinating asides on Spain and Palestine. There are many lessons for today.”

“Could there have been a future for pre-war Jewry in which Israel did not exist and Jews were gathered in a nation state within a federated Soviet Union? This is one of the questions brought up in Alain Brossat and Sylvia Klingberg’s book. There is hope for the spirit and aims behind the stories this book tells. Jewish radicalism did not die out in 1942 with the Final Solution. It now expresses itself without Yiddish.”

“Nowadays we know more and more about the Nazi Genocide. Unfortunately, we have much less knowledge about the everyday life which preceded the horror and was so brutally terminated. For opening up this world we must praise Alain Brossat and Sylvia Klinberg for their vital new book, Revolutionary Yiddishland. Here, life is given priority to death, and the struggles of so many in the Yiddishland allow us to see past the catastrophes.”

– Shlomo Sand, author of The Invention of the Jewish People

“Brossat and Klingberg’s book is a memorial to a missing world. As an aesthetic composition, it is beautiful.”

“Altogether, Revolutionary Yiddishland is a thoroughly engaging read. It's an important historical document preserving the memory of this radical period of Jewish and European history.”

“A fascinating window onto a lost world … essential reading for anyone who wants to understand the complex relationship between the Jewish left, the general left, and Zionism. The gripping testimonies collected in these pages give the lie to the idea that Jews in the Shoah went like sheep to the slaughter. Brossat and Klingberg do not try to iron out the wrinkles of the past. Their insightful commentary illuminates the passions, paradoxes, triumphs and defeats of the witnesses who populate their book.”

– Brian Klug, author of Being Jewish and Doing Justice

“Its impact on me was immense. I devoured it; my political horizons radically expanded. Not only, I came to realise, was there no contradiction between Judaism, socialism and internationalism, but, until the Nazi genocide, they existed in a profoundly interrelated way.”

– Gabriel Levy, author of Judaic Technologies of the World

“A spirited and politically engaged study of the lives and ideas of mid-twentieth-century Jewish revolutionaries … and a rich source for Jewish social history and for the history of the subalterns of the Jewish left in the twentieth history.”

Jewish Currents Goes Back to Brunch: On Antisemitism and Left Strategy

When the Jewish left targets antisemitism it is an act of solidarity, not solipsism.

Alain Brossat and Alain Naze argues that every revolution involves storming the places of power. Surely, the insurrection by the alt-right on January 6th should not cause crocodile tears on the part of those who seek radical change?

Alain Brossat on how the reaction to the murder of Samuel Paty exposes the divisions and inequalities at the heart of the French Republicanism, and how the violence is doomed to repeat itself.