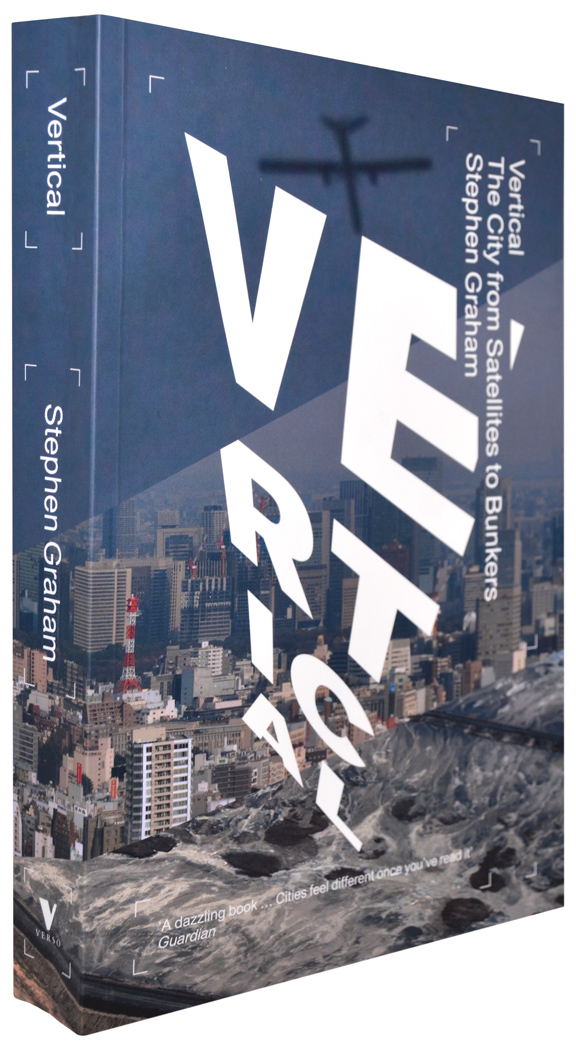 A revolutionary reimagining of the cities we live in, the air above us, and what goes on in the earth beneath our feet

Today we live in a world that can no longer be read as a two-dimensional map, but must now be understood as a series of vertical strata that reach from the satellites that encircle our planet to the tunnels deep within the ground. In Vertical, Stephen Graham rewrites the city at every level: how the geography of inequality, politics, and identity is determined in terms of above and below.

Starting at the edge of earth’s atmosphere and, in a series of riveting studies, descending through each layer, Graham explores the world of drones, the city from the viewpoint of an aerial bomber, the design of sidewalks and the hidden depths of underground bunkers. He asks: why was Dubai built to be seen from Google Earth? How do the super-rich in São Paulo live in their penthouses far above the street? Why do London billionaires build vast subterranean basements? And how do the technology of elevators and subversive urban explorers shape life on the surface and subsurface of the earth?

Vertical will make you look at the world around you anew: this is a revolution in understanding your place in the world.

“Roll over Jane Jacobs: here’s urban geography as it looks like through the eye of a Predator at 25,000 feet. A fundamental and very scary report from the global red zone.”

“Look, you’re just going to have to read this book … After a while, you begin to wonder whether books like this will be allowed to be published for much longer.”

“Superb … Graham builds on the writings of Mike Davis and Naomi Klein who have attempted to expose the hidden corporate and military structures behind everyday life.”

“A detailed and intense forensics of new urban frontiers, laboratories of the extreme where experiments with new urban conditions are currently being undertaken.”

“A rigorously researched, pioneering book packed with disturbing and at times astonishing information.”

“In this panoramic, at times jaw-dropping book, Stephen Graham describes how in recent years the built environment around the world, both above and below ground, has become dramatically more vertical … Cities feel different once you’ve read it.”

“Vertical is an intellectually demanding book that demands that the reader radically revise how to look at cities. The compelling geo-political parallels between power and verticality make it impossible to see cities the same way.”

“Graham’s wonderfully dazzling cross-sectional tour puts forth a powerful argument as to why our conventional ‘flat’ reading of the world needs to be re-calibrated to meaningfully engage the vertically layered reality of society … one of the most important books on cities of the recent past.”

“Seeing cities as Gordian knots of geopolitics, [Graham] gathers an impressive range of case studies to bolster his analysis.”

“Graham’s book digs deep to reveal the elements that are not immediately apparent and will be of interest to those who truly care about shaping urban life for the better.”

“It’s not every day that you sit down to read a book and realize that it’s going to be epochal. Vertical will change the way geography is taught and thought.”

Our definitive collection on Art and Politics.