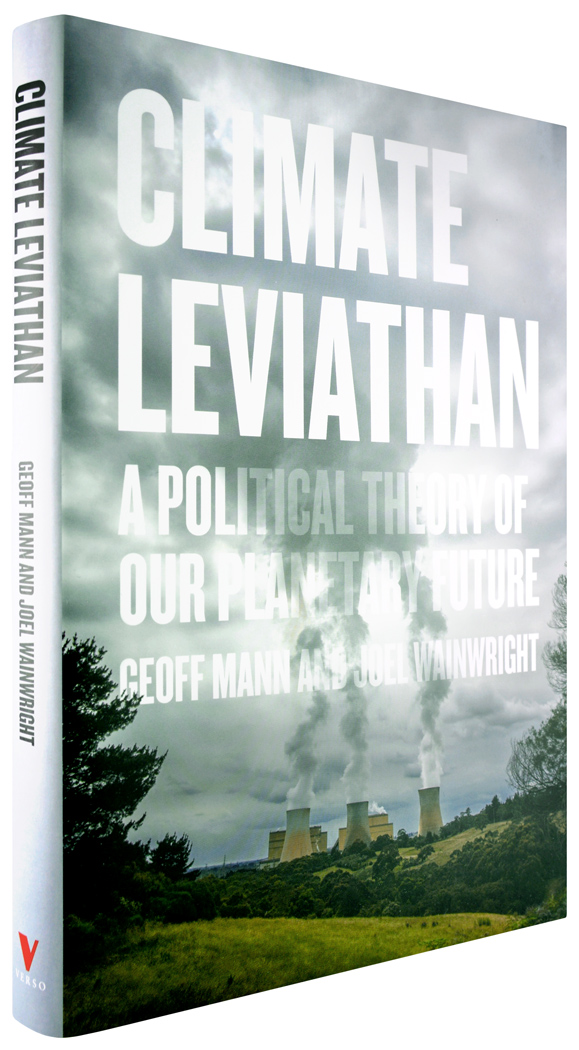 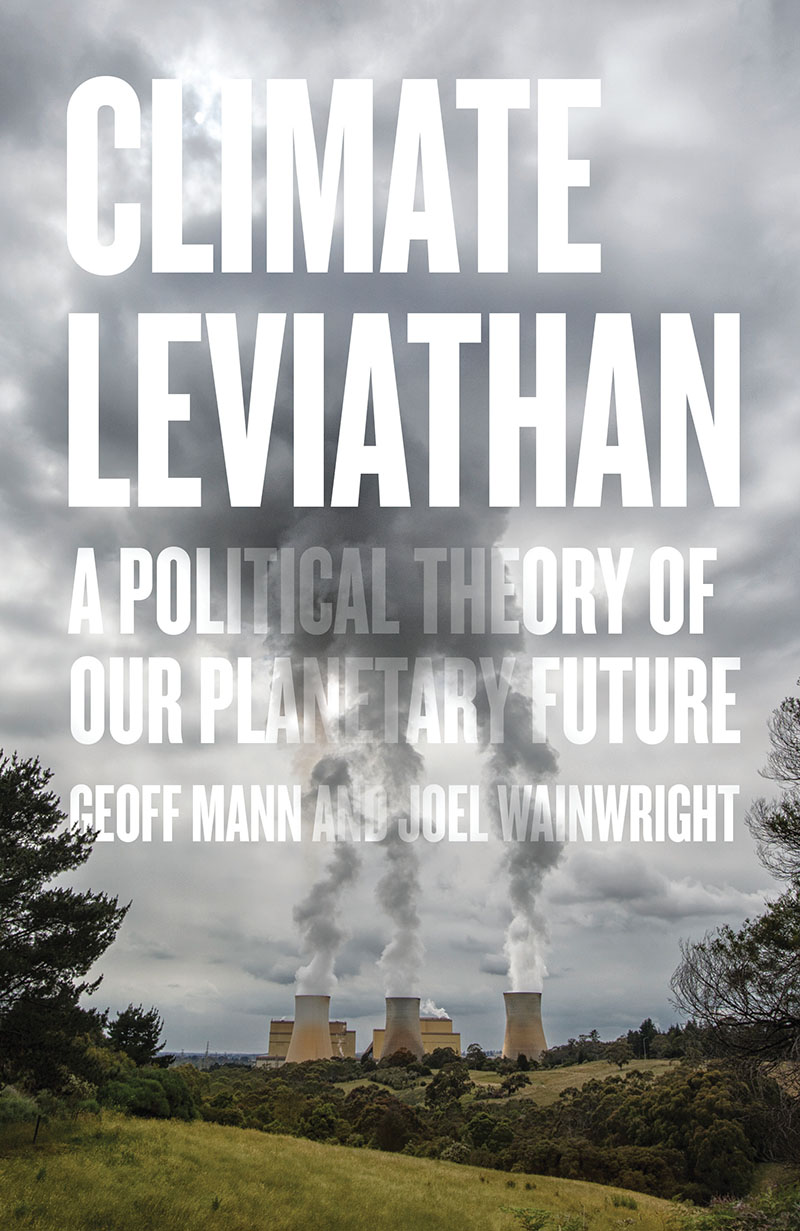 Despite the science and the summits, leading capitalist states have not achieved anything close to an adequate level of carbon mitigation. There is now simply no way to prevent the planet breaching the threshold of two degrees Celsius set by the Intergovernmental Panel on Climate Change. What are the likely political and economic outcomes of this? Where is the overheating world heading?

To further the struggle for climate justice, we need to have some idea how the existing global order is likely to adjust to a rapidly changing environment. Climate Leviathan provides a radical way of thinking about the intensifying challenges to the global order. Drawing on a wide range of political thought, Joel Wainwright and Geoff Mann argue that rapid climate change will transform the world’s political economy and the fundamental political arrangements most people take for granted. The result will be a capitalist planetary sovereignty, a terrifying eventuality that makes the construction of viable, radical alternatives truly imperative.

“Urgent, provocative and elegantly executed, Climate Leviathan provides a map for climate politics in the stormy decades ahead. As the boat rocks ever more violently and we seek to set the compass, this work will be of foundational importance.”

“A crucial intervention into the philosophical debates about climate change. Climate change forces us to question the self-evidence of our thinking about politics. If capitalism persists and cannot stop climate change, where is the world going? No one can predict the future. But Climate Leviathan offers a bold and brilliant map of our prospects.”

– Kojin Karatani, author of The Structure of World History

“In the face of the contemporary ecological crisis, can sovereignty maintain the absolute character that has defined it from the beginning and continue the mediatory functions that modernity attributed to it? And how can national sovereignty deal with that global crisis? Can ‘political realism’ address the themes of ecological crisis? These are some of the thorny questions that Geoff Mann and Joel Wainwright confront in this book. Bringing down the Leviathan seems the only possible response. The nature of the problem is clear, and its solution is a battle to win.”

“Here is the political theory for climate justice we've been waiting for: penetrating, politically committed, accessible. Climate Leviathan should be read, and debated, by everyone concerned about capitalism, climate, and justice.”

– Jason Moore, author of Capitalism in the Web of Life

“To further the struggle for climate justice, we need to have some idea how the existing global order is likely to adjust to a rapidly changing environment. Climate Leviathan argues that rapid climate change will transform the world’s political economy and the fundamental political arrangements most people take for granted. The result will be a capitalist planetary sovereignty, a terrifying eventuality that makes the construction of viable, radical alternatives truly imperative.”

“[Climate Leviathan] is a welcome addition to a small but growing body of climate writing on the left. It's a book explicitly aimed at understanding the political dimensions of climate change instead of relegating them to a paragraph or two in the concluding section.”

“An intelligent and thought-provoking read.”

“The framework offered by Climate Leviathan helps pose our political questions in a new register, with the appropriate gravity and urgency of standing at a crossroads of our planet’s natural history.”

“If Neoliberalism is the God that failed on climate change, what juvenile gods will it spawn? This is the question taken up by Geoff Mann and Joel Wainwright in Climate Leviathan: A Political Theory of Our Planetary Future, in which they repurpose Thomas Hobbes to sketch out what they see as the likeliest political form to evolve from the crises of warming and pummeling of its impacts.”

“Unlike many books on climate politics, Climate Leviathan is neither apocalyptic nor prescriptive. It is exactly what its subtitle promises: “a political theory of our planetary future,” at once speculative and wide-ranging.”

Politics Theory Other #107: Climate activism and the fetishisation of nonviolence with Andreas Malm

The latest episode of the podcast Politics Theory Other, with guest Andreas Malm, author of How to Blow Up a Pipeline.