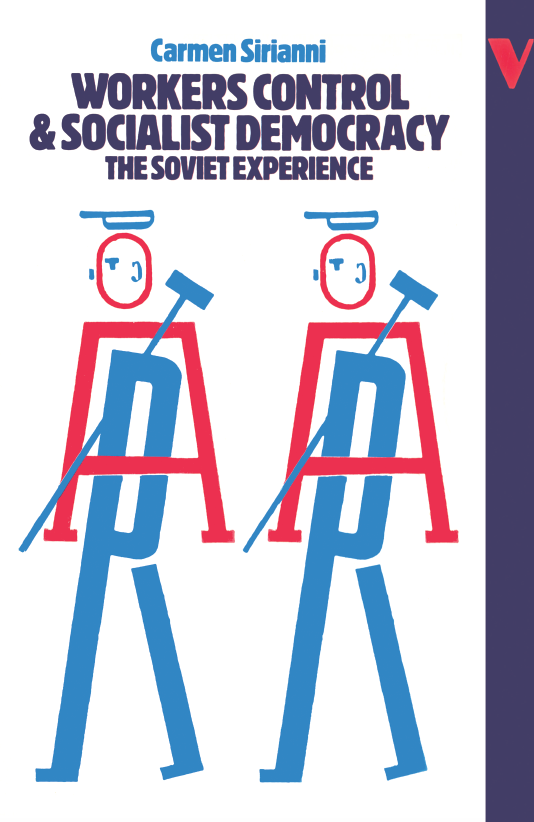 Recent scholarship has rediscovered the genuinely mass character of the Bolshevik-led revolution that toppled Russian absolutism in 1917. In this major study, Carmen Sirianni undertakes a comprehensive study of the forms of popular power that emerged in the course of the struggle against Tsarist, and their destiny in the formative years of the new Soviet state. He successively discusses the factory committee movement, the attitudes of the trade unions and the left parties towards workers control, the unfolding of dual power, the tole of the peasantry, and the organization of labour and industry in the civil war.

The developing theme of these chapters - the unsettled, often antagonistic relationship between working-class and peasant initiatives and demands and Bolshevik political and economic conceptions - is subjected to theoretical examination in the second part of the book. Here Sirianni analyses the particular constitution of Lenin's Marxism, and discerns in it a 'productivist evolutionism' which, he maintains, adversely affected the Bolsheviks' appreciation of working-class self-organization both in industry and in the exercise of political power, and vitiated their perception of the rural masses.

Finally, Sirianni sets Russian policy and experience in its international context, considering the different, but also limited, views of Gramsci and Pannekoek, and the 'councilist' movements of Western Europe. He concludes with a reflection on the subsequent course of the revolutionary state and the options available to its leaders, as the defeat of the Left Opposition and then of Bukharin prepared the triumph of Stalinism.

Workers Control and Socialist Democracy unites historical, political and theoretical judgement to make a fundamental contribution to our understanding, both of the Russian Revolution and of central unresolved issues of socialism in the twentieth century.