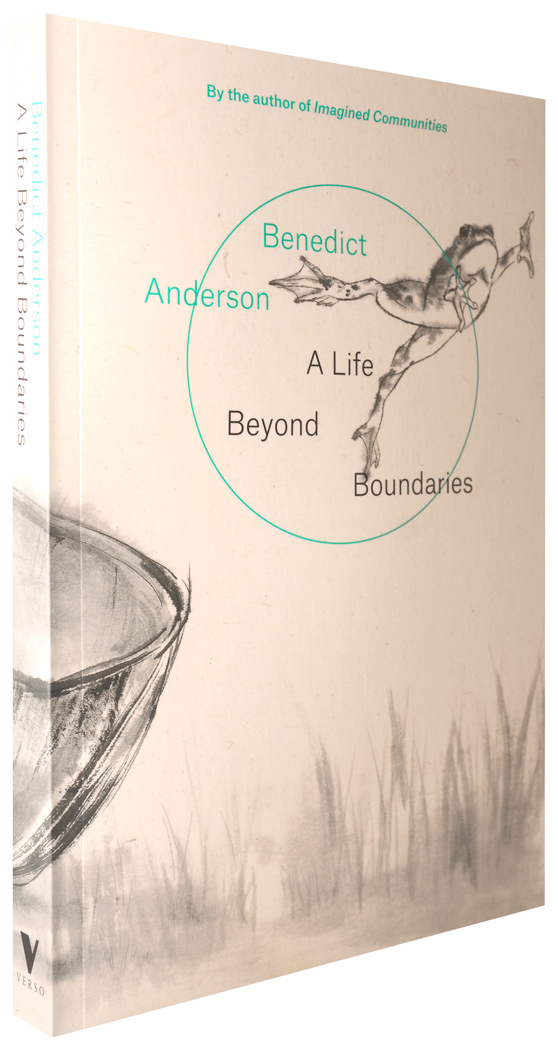 An intellectual memoir by the author of the acclaimed Imagined Communities

Born in China, Benedict Anderson spent his childhood in California and Ireland, was educated in England and finally found a home at Cornell University, where he immersed himself in the growing field of Southeast Asian studies. He was expelled from Suharto’s Indonesia after revealing the military to be behind the attempted coup of 1965, an event which prompted reprisals that killed up to a million communists and their supporters. Banned from the country for thirty-five years, he continued his research in Thailand and the Philippines, producing a very fine study of the Filipino novelist and patriot José Rizal in The Age of Globalization.

In A Life Beyond Boundaries, Anderson recounts a life spent open to the world. Here he reveals the joys of learning languages, the importance of fieldwork, the pleasures of translation, the influence of the New Left on global thinking, the satisfactions of teaching, and a love of world literature. He discusses the ideas and inspirations behind his best-known work, Imagined Communities (1983), whose complexities changed the study of nationalism.

Benedict Anderson died in Java in December 2015, soon after he had finished correcting the proofs of this book. The tributes that poured in from Asia alone suggest that his work will continue to inspire and stimulate minds young and old.

“Describes with characteristic charm and literary grace the intellectual By the author of Imagined Communities trajectory of a greatly admired scholar of our times.”

“Engaging and winningly modest memoir … [full of] canny and pertinent observations on modern academia: the prevalence of jargon and the lack of language skills. Poignantly, he tells us how lucky he feels about his achievements. We should feel the same.”

“Anderson is an enemy of the bubble, whether nation, school or language. He returns again and again to an image in Thai and Indonesian cultures of a frog who lives its entire life under half of a coconut shell … Reading Anderson feels like emerging from a coconut shell.”

“Throughout his memoir, Anderson’s writing is gentlemanly, kind, laced with jokes and vignettes of his favourite interviews, like those he conducted with two Indonesian brothers who exemplified the almost incestuous politics in Jakarta – one was the head of army intelligence, the other a member of the politburo of the Communist party of Indonesia.”

“A neat and tidy book about [Anderson’s] unusual trajectory and sensibility, infused with inside jokes, idiosyncratic asides, and sly humor. It is also a tart overview of academic life. But mostly the memoir is a primer for cosmopolitanism and an argument for traversing geographical, historical, linguistic, and disciplinary borders.”

“Benedict Anderson transformed the study of nationalism … and was renowned not only for his theoretical contributions but also for his detailed examinations of language and power in Indonesia, Thailand and the Philippines.”

“Anderson, who died late last year, had an intuitive sympathy for nationalism’s anti-imperial origins. This was underpinned by his view of history, which was shaped by a rare and unfamiliar perspective. At the time of Imagined Communities’ publication, he was a political scientist at the centre of the small community of westerners working on Southeast Asia. Not only his training but also his family background had equipped him, in ways his posthumously published memoir A Life Beyond Boundaries makes clear, to understand nationalism’s extraordinary insurgent appeal.”

“The global need for transnational solidarity is a project toward which Anderson wishes to bring continued attention. Therein … lies the transformative quality of the book … Anderson’s reflections offer tools for challenging the simplified outlook of globalization and, in his own words, recognizing the ‘emancipatory possibilities of both nationalism and internationalism.’”

“A charming, insightful and short memoir that also brings his ideas and arguments up to the present day.”

“Everything Anderson wrote was boldly original, challenging assumptions by uncovering a neglected or suppressed voice. He was never content to tell an audience what they wanted to hear.”

Benedict Anderson on 'mapping the terrain' of nationalism