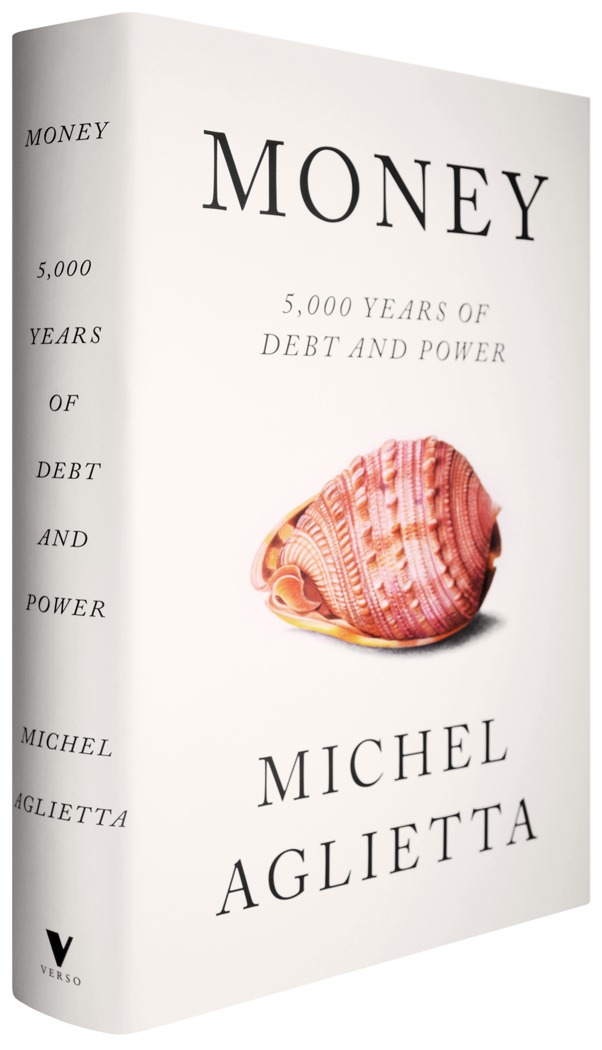 The major French economist offers a new theory of money

As the financial crisis reached its climax in September 2008, the most important figure on the planet was Federal Reserve chairman Ben Bernanke. The whole financial system was collapsing, with little to stop it. When a senator asked Bernanke what would happen if the central bank did not carry out its rescue package, he replied, “If we don’t do this, we may not have an economy on Monday.”

What saved finance, and the Western economy, was fiscal and monetary stimulus – an influx of money, created ad hoc. It was a strategy that raised questions about the unexamined nature of money itself, an object suddenly revealed as something other than a neutral signifier of value. Through its grip on finance and the debt system, money confers sovereign power on the economy. If confidence in money is not maintained, crises follow. Looking over the last 5,000 years, Michel Aglietta explores the development of money and its close connection to sovereign power. This book employs the tools of anthropology, history and political economy in order to analyse how political structures and monetary systems have transformed one another. We can thus grasp the different eras of monetary regulation and the crises capitalism has endured throughout its history.

“Believe it or not, money is absent from the economic theories that underpin every policy ever enacted on our behalf! Michel Aglietta’s new book explains splendidly this remarkable absence and, in the process, highlights beautifully the clash between finance and democracy, with special emphasis on how the US dollar’s domination reflects, on the one hand, America’s geopolitical power and, on the other, the inherent incongruities of the financial sector.”

– Yanis Varoufakis, author of And the Weak Suffer What They Must?

“A splendid account of the history of money from antiquity through modern times. Aglietta places money, debt, and credit at the heart of an analysis of—among many things—the Great Financial Crisis and the future of the dollar, the renminbi, and the euro.”

– James K. Galbraith, author of The End of Normal

“Money is one of the most misunderstood parts of modern-day capitalism: it is not just a medium of exchange; it is a social relationship. How we structure the financial system and the associated characteristics of debt payments fundamen¬tally affects how the real economy operates. Michel Aglietta brings his powerful ‘regulation school’ framework to understanding money and how we use this understanding to restructure the international monetary system.”

– Mariana Mazzucato, author of The Value of Everything

“An impressive attempt to reintegrate macroeconomics into macrosociology and political theory and philosophy, from one of the leading economists of our time. The book develops a state-sovereigntist theory of money to cover the wide field from global exchange relations to local complementary currencies intended to promote local sustainable prosperity and social cohesion.”

– Wolfgang Streeck, author of How Will Capitalism End?

“In this magnificent and intellectually brilliant review of money over the longue durée—5,000 years—Aglietta challenges Anglo-American economists' narrow, deceitful, and ideologically-driven understanding of money. Essential reading for those who are rethinking economics.”

– Ann Pettifor, author of The Production of Money

“A bold exploration of the history of money and, by extension, finance in general.”