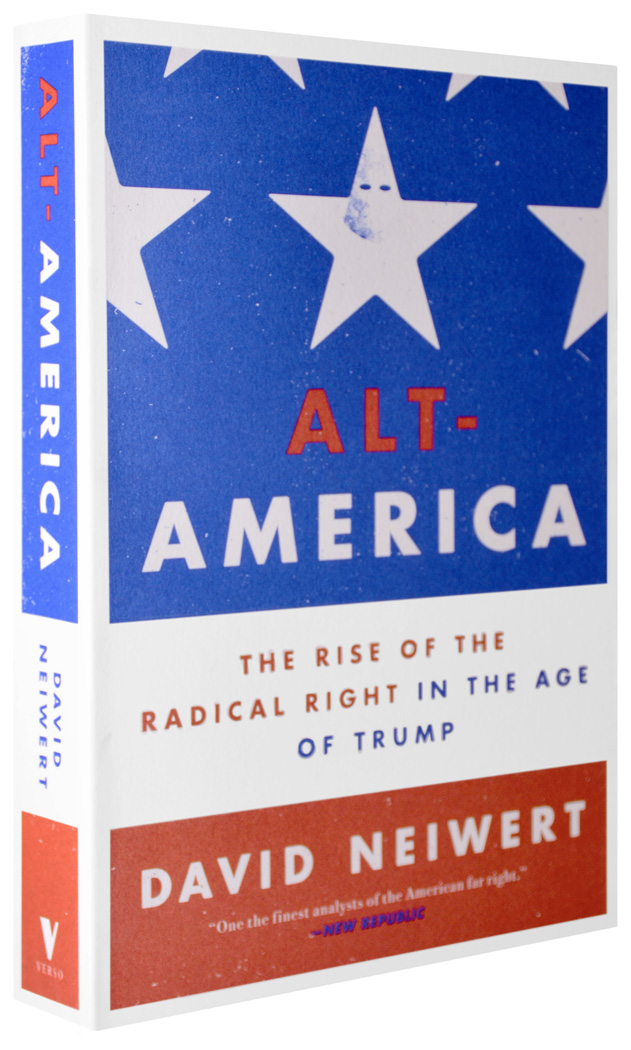 Just as Donald Trump’s victorious campaign for the US presidency shocked liberal Americans, the seemingly sudden national prominence of white supremacists, xenophobes, militia leaders, and mysterious ‘Alt-Right’ leaders mystifies many. But the extreme right has been growing steadily in the US since the 1990s, with the rise of patriot militias; following 9/11, when conspiracy theorists found fresh life; and in virulent reaction to the first black president of the country. Nurtured by a powerful right-wing media sector in radio, TV, and online, the far-right, Tea Party movement conservatives, and Republican activists found common ground in ‘Producerist’ ideology and ‘Constitutionalist’ interpretations of US law – an alternative America that is resurgent, even as it has been ignored by the political establishment and mainstream media. Investigative reporter David Neiwert has been tracking extremists for more than two decades, and here he provides a deeply reported and authoritative report on the background, mindset, and growth on the ground of far-right movements across the country. The product of years of reportage, and including the most in-depth investigation of Trump’s ties to far-right figures, this is a crucial book about one of the most disturbing sides of the US.

“Over the last two decades, David Neiwert has been one of our finest analysts of the American far right, paying sustained, serious and careful attention to the seemingly fringe movements of conspiracy theorists and insurrectionists. Now it turns out these movements are not so fringe after all but have helped elect Donald Trump as president. This crisply written book, grounded in his solid reporting, tells the whole sordid story with clarity and force. More than anyone else, Neiwert understands that Trumpism has deep roots in American culture and history. In this book, he lays out those roots for all to see.”

“The seemingly sudden reemergence of the far right in America has left many in a state of panic and bewilderment. Alt-America will be essential in helping us to comprehend the depth of its foundations in national life.”

– Angela Nagle, author of Kill All Normies: Online Culture Wars from 4Chan and Tumblr to Trump and the Alt-Right

“For over a decade, David Neiwert has been America’s canary in the coal mine—our national early-warning system on the spread of corrosive, eliminationist, right-wing hatred in our midst.”

– Rick Perlstein, author of Nixonland: The Rise of a President and the Fracturing of America

“David Neiwert is among the most astute analysts of the contemporary right.”

– Joe Conason, author of Big Lies: The Right-Wing Propaganda Machine and How It Distorts the Truth

“Neiwert has not only earned his investigative chops over the past decade or so by exploring the dangerous side of right-wing extremism—he’s proven himself to be one of the more lyrical and elegant writers on the beat.”

“An alarming, well-researched account of how the far-right extremist underground became empowered in the era of Trump … A prescient discussion of one of the darkest issues facing America today.”

“Offers the most comprehensive account of the United States’ renewed extremist cultures … Alt-America excites in its ability to connect the seemingly extraordinary alt-right to the broader culture of wing-nut conservatism, drawing white nationalism, 4chan, Donald Trump, Alex Jones and Fox News together into a wonky negaverse version of political life.”

“Neiwert’s book masterfully exposes so many of the interstices between Trump, the far-right nationalists and the toxic manipulators of social media, each feeding off the others.”

“Tracing the ebbs and flows of this far-right extremism in the United States over the last 20 years, Neiwert argues that white nationalist activity in the age of Trump is simply the latest flare-up of what he calls ‘Alt-America,’ or the segment of the American population that has fed on conspiracy theories, racist misinformation, and deep distrust of federal institutions for decades.”

Trump and the radical right

Trump's engagement with the Radical Right began long before his incitement of the violence at the Capitol.